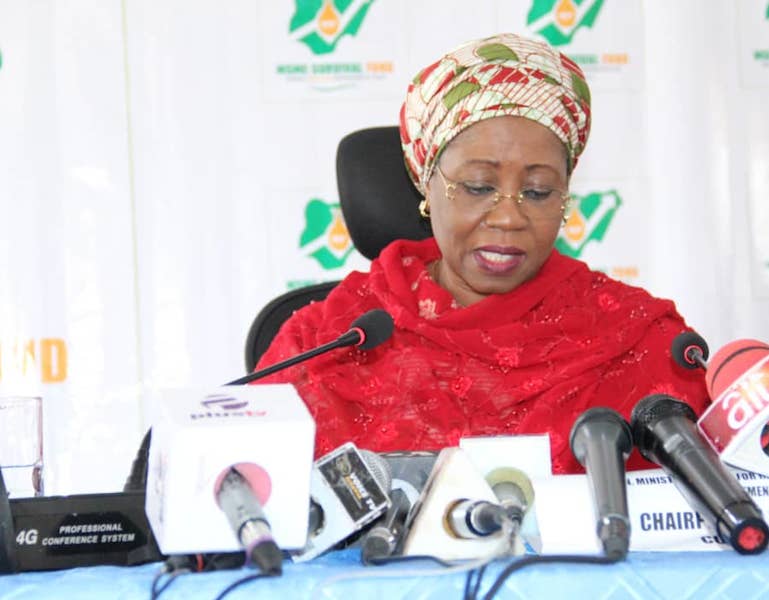 The Minister of State for Industry, Trade and Investment, Mrs. Mariam Katagum has said women have the ability to take children off the streets especially in northern part of the country, if they embrace digital learning of the Hausa language.

She noted that digital learning could boost contribution to the needs of their families mentally, medically, socially, academically and financially and keep children away from social vices.

Speaking during her goodwill message to the soft launch of the Lorewa Academy Initiative in Abuja, the minister said the platform will not only expose Northern women and young girls to the digital world but also create networking to enable them tackle common challenges and equip them with various technical skills, knowledge in practical reality.

Katagum said: “If the Women accept and come forward and embrace digital learning of the Hausa language which is a new initiative and begin to contribute to the needs of their families mentally, medically, socially, academically and above all, financially, eventually many children of the North will be taken off the streets and from other social vices”.

Lorewa Academy is an initiative of Sapphital Learning Limited aimed at utilising the power of digital technology and languages to take learning to more communities in Nigeria.

Specifically, Lorewa learning for Northern Women aims to deliver critical skills and knowledge in the Hausa language to Arewa Women, girls, teenagers to become self-reliant as well as becoming entrepreneurs.

The minister explained that the platform will not only expose the Northern women and young girls to the digital world but also create network among them in tackling common challenges and equip them with various technical skills, knowledge in practical reality.

The Borno State Social Investment Coordinator, Aisha Waziri Umar, however, lamented that absence of role model among the womenfolk as well as poverty which she said are responsible for early marriages in the Northern part of country.

Umar said that girls are given out for early marriages because there are only few role models.
She said: “If a girl has a way or opportunity to have the needed finances, she will definitely have that interest to go to school, the parents will also be happy.

“I am particularly happy for this Lorewa Academy initiative to train girls in Hausa language via digital platforms”.
In a presentation, the Founder, Lorewa Academy, Ebere Okereke, pointed out that the platform is for all Arewa women that have the desire to either teach or learn something new, they can share their knowledge and build more women entrepreneurs and professionals.

Also, Group Chief Executive, Sapphital Learning, Amu Ogbeide said the academy had first seen the impact of a learned women in a family and society hence the particular arrangement seeks to target more women starting with Arewa communities before streading to others across the country.

He said: “We have seen first-hand, the impact of a learned woman in her family and society and this is why, this particular is targeted at women starting with the Arewa communities. We are going to more communities in the near future.”