The funding of Nigeria’s N13.58 trillion 2021 budget may have received the desired boost as the federal government has announced plans to commence a bid licensing round for bitumen fields across the country.

Minister of Mines and Steel Development, Mr.Olamilekan Adegbite, made the revelation during the first quarter webinar series organised by the Institute of Change Management (ICM) with the theme: ‘‘Unlocking Opportunities In Disruptive Times: The Mining Sector as the Game Changer for Nigeria.

Adegbite said the bid round process has been slated to commence between June and July in the four rich bitumen states of; Lagos, Ogun, Ondo, Edo.

He disclosed that companies in Canada, Europe and other parts of the world had already indicated interest to explore the bitumen potential in these States.

The minister cited a particular village in Ondo State where the bitumen is already coming to the surface and sacking the entire community, saying farming and other agricultural activities is already being negatively impacted.

He said government has already spent a lot of money around exploration works in these states and would not want to give out the licenses for free, hence the decision to auction them to interested entities.

Adegbite disclosed that interested bidders would be given access to the data report from where they could signify their choice bitumen field.

He said the bid process would be carried out and opened in a transparent manner with license given to the highest bidder so that they can start mining bitumen.

He assured that within the next one year, successful bidders would have commenced mining on the fields, thus making Nigeria self-sufficient in bitumen mining.

‘‘In the next one year, Nigeria should have stopped importing bitumen but rather exporting same to neighboring countries, thereby helping the country to conserve foreign exchange.

On illegal mining, Adegbite said the Ministry is doing all it can within its limited resources to ensure that the menace is curtailed to the barest minimum.

He said the Ministry in addition to having a mining police which includes the Civil Defence, Army, DSS, also set up a remote sensing station in the Ministry in the form of a satellite which covers every area where activities are going on, lamenting that by the time the security agencies get there, the illegal operators would have dispersed.

Adegibite said because Nigeria is a vast country and the lack of resources which prevents the Ministry from having a standing force makes policing of all mining sites difficult.

Earlier in his opening remarks, the President of ICM, Mr. Nathaniel Osewele, said the pandemic has changed the world order, thus forcing companies, individuals and countries to change strategies in the way things are done.

He said ICM over the years has been able to train its members to be positive change agents while adopting different change strategies to manage exigencies that may arise in a disruptive world.

Osewele disclosed that change management is a critical skill not only for survival and value creation but for those who want to be leaders in our emerging world. 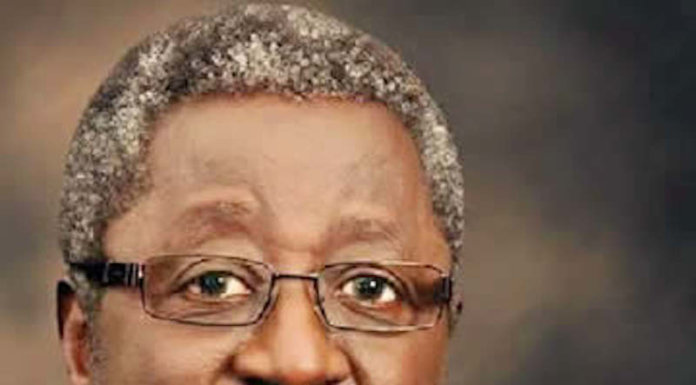