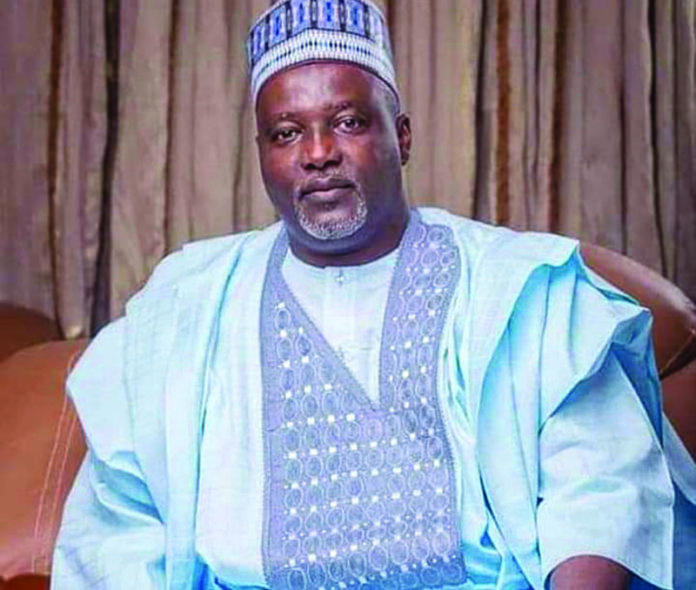 Last week, the Deputy Speaker of the House of Representatives, Hon. Idris Wase was caught in a needless controversy, when he prevented a Benue lawmaker from presenting a petition against the federal government over alleged the takeover of their lands by herdsmen. Adedayo Akinwale writes

No one needs a soothsayer to know that Nigeria is presently on its knees due to the security challenges she is facing. Though during the administration of former President Goodluck Jonathan, the Boko Haram insurgents reigned supreme and still does, its activities were largely limited to the North Eastern part of the country.
After the former President was perceived to be weak and was presumed clueless on how to tackle the insurgency in the country, Nigerians sought a messiah in Maj-Gen Muhammadu Buhari (rtd) and was elected President in 2015. He was re-elected in 2019.

But since coming to power, the country’s security situation has gone from bad to worse. Buhari has succeeded in complicating the Boko Haram insurgency with banditry in the North-west, robbery and kidnapping in every part of the country, while killer herdsmen continue to kill, maim, rape and forcefully takeover people’s lands. Yet, the government has continued to turn a blind eye.

On January 1, 2018, Fulani herdsmen attacked several villages in Guma and Logo Local Government Areas, with more that 75 people killed. Nobody has since been brought to justice. With the body language of the federal government, the killer herdsmen have become emboldened with impunity.

The seeming lack of sincerity on the part of the Buhari-led federal government in the fight against insecurity and its lackadaisical approaches have ensured that no part of the country is safe at the moment. This has been accentuated by leadership disdain for the citizenry.
Apparently, the situation could have been different if the leadership had paid attention to citizen’s concerns from the beginning and not embark lying expedition.

How Wase Gaffed
A perfect example of how those in position of authority have brought the country to it knees, riding on tribal and religious sentiments, played out last week in the House of Representatives, when the Deputy Speaker of the House of Representatives, Ahmed Idris Wase, stoutly prevented a member representing Gwer East, Gwer West Federal Constituency of Benue State, Hon. Mark Gbillah from presenting a petition against the federal government on the alleged take over of their lands by herdsmen.

The petition filed by Mzough U Tiv Amerika (MUTA) on insecurity in Benue, Nasarawa, and Taraba accused the federal government of nonchalance towards the perils facing those who have been displaced as a result of herdsmen activities. But Wase said Nigerians abroad are not eligible to file petitions against the federal government on crimes linked to herdsmen.
He argued that Nigerians abroad had no rights to file a petition on the crisis, saying it would be understandable if the petition came from those in the country.

“Honourable Gbillah, did you say Tivs in America? What do they know about Nigeria? What is their business? They can’t sit in their comfort zones and know what is happening in Nigeria,” Wase said.
Responding, Gbillah argued that Nigerians abroad should be able to file complaints, because they have family members residing in the state. But Wase questioned whether or not MUTA was even registered with the Corporate Affairs of Commission to begin with.

Gbillah, however, countered Wase on the grounds that Nigeria has been pursuing a policy of inclusiveness for its citizens in the Diaspora, an aim he said would easily be defeated if the same category of Nigerians cannot be allowed to speak on raging matters of national concern.
Rejecting the petition, Wase, ‘’I’ll refer you to the functions of the committee on diaspora, if you go through that, it is nothing relevant to what you’re now presenting. I’m not convinced that we have to take that petition.’’

The media, however, missed the drama until the video surfaced online. As expected, there were reactions and a huge backlash, as the video portrayed the Deputy Speaker as nothing but an ethnic jingoist in such a high national office. The backlash, which Wase ordinarily was unprepared for later forced him to issued a statement justifying why the petition was rejected without even considering its merits.

A Futile Effort to Save Face
In a statement issued by his Chief Press Secretary, Mr. Umar Puma, Wase insisted that the video was doctored.
He stated: “Our attention has been drawn to a piece of news item circulating on social, electronic and other conventional media concerning a legislative encounter between the Deputy Speaker, Ahmed Idris Wase and another Member, Hon. Mark Gbillah during plenary of Wednesday, 10th March, 2021 with the Deputy Speaker presiding.

“Let it be categorically stated that the coverage and reportage of the incident have mostly been doctored, slanted and bent to give political and ethnic coloration to an event that was otherwise strictly based on Rules of Parliamentary Procedures.”
Wase noted that it would have been unnecessary to respond to such show of clear mischief, but it has become imperative to clear the air on the matter in order to educate the ignorant and reassure the enlightened.

Tiv People’s Reaction
Expectedly, the Tiv people in the United States (USA) have decried the neglect and humiliating treatment given to their petition by the House leadership.
MUTA President, Mr. Simon Kusugh, and MUTA IDP Committee Chairman, Prof. Joseph Zume, in a statement said the group viewed the deputy speaker’s action as “highly reprehensible”, given that the subject of the petition addressed the fate of thousands of authentic Nigerian citizens, who have been displaced from their communities for years.

It said as national representatives of Nigerians, the lawmakers should ordinarily be expected to empathise with those hapless citizens they represent, whose normal livelihoods have been truncated by unfortunate circumstances.
The group viewed the incident as hostile to their cause and an extension of the general insensitivity that the national leadership has shown about the welfare of the internally displaced Tiv people over the years.

NIDO Picks Up the Gauntlet
Following Wase’s unapologetic stand on the issue, Nigerians in Diaspora Organisation (NIDO) has threatened to withhold home remittances after the deputy speaker’s “unfortunate statement”.
The organisation said Wase’s utterances rubbished 20 years of the federal government’s Diaspora Engagement at a time, when the contributions of Nigerians in Diaspora were highly needed and desired, insisting that it is the fundamental right of the Nigerians in the Diaspora to intervene in respect of their kinsmen back home.

The organisation, therefore, asked the Speaker, Hon. Femi Gbajabiamila, to convene an urgent Virtual Meeting with NIDO within 14 days to address the issue and to reassure it of his full support, failing which it might be compelled ”to call out all Nigerians in Diaspora to withhold further home remittances with immediate effect”.

Dabiri-Erewa, in a letter to Gbajabiamila, a copy of which was sent to the House Committee Chairman on Diaspora, Hon. Tolulopr Akande-Sadipe, said the commission had received complaints from Nigerians in the Diaspora over the stand of the deputy speaker, when the matter was presented at the house.

“The video has inflamed tension and caused a significant uproar amongst the Nigerian in Diaspora community. In view of this, we appeal to Mr. speaker to intervene and use your good office to do all that can be done to mitigate the effect of this unfortunate incident,” she said.
Above all, Wase’s insensitivity and by extension, the insensitivity of those in positions of authority in the country to the plight of the Tiv people and Nigerians as a whole, is the reason the country is in her current mess.