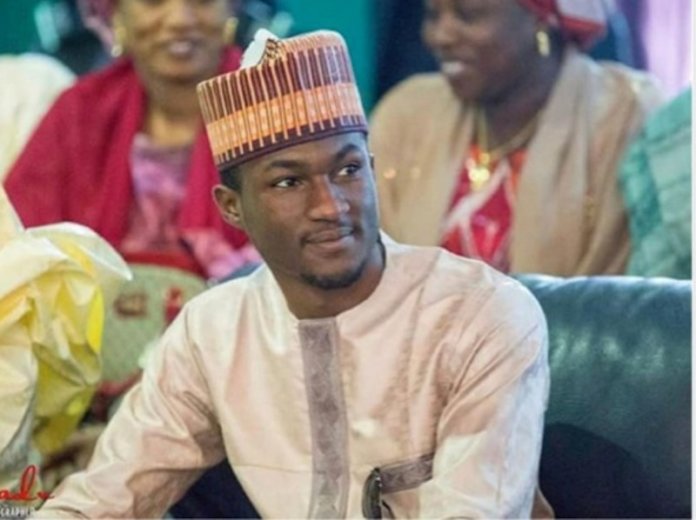 The devastating death of Nura, son of renowned Katsina billionaire businessman Alhaji Dahiru Mangal, in a recent power bike crash, has again reminded many how dangerous racing on power bikes is. But it is usually the pastime of adventurous youths, writes Lanre Alfred

Pcture yourself as a thrill seeker. You careen through jagged roads and tumultuous vehicular traffic like a thunderbolt on wheels. You feel the rush of the wind as it strikes against your face and howl musically against the steel casing of your helmet.

A rousing sense of jollity wells up in you and courses through your psyche as you ride at the same velocity as a superfast automobile on the fabled Formula One racetrack. But you are not on the million-dollar spewing racetrack. Rather you are a thrill junkie on a two-wheel, turbo-charged machine otherwise known as the power bike. And you do not have to manoeuvre the wheels of a racecar to experience the thrill that comes with driving. For this purpose, you have got your power bike.

A precautious mind would be wary of the perils characteristic of Nigerian highways; such mind would tirelessly worry about the risk involved in daring extremely bad roads and careless drivers to race for a thrill on the country’s major high ways, but such fussiness is never the preoccupation of the average power bike rider and thrill enthusiast on Nigerian roads.

Indeed, the thin line between the thrill and tragedy of power-bike riding became blurrier days back when Nura, the son of renowned Katsina billionaire businessman, Alhaji DahiruMangal, died in an accident while riding one of his power bikes. It was one death too many as the dangers of youngsters’ favourite pastimes were brought to the front burner yet again. A source close to the family said he died when his bike crashed along Hassan Usman Katsina Polytechnic around 4 pm on March 3, 2021. Thirty-one-year-old Nura, a Master’s degree holder from a London university, was buried the day after.

Now, President Muhammadu Buhari must be thanking his stars that he did not lose his only son, Yusuf, in the same manner. In December 2017, Yusuf sustained a head injury in a power bike crash while riding with friends. A statement by the Presidency had noted that the crash occurred in the night around Gwarimpa. It left him with a broken limb and a head injury. Later, he was flown to Germany for further treatment, where he was until March 2018. Unlike Yusuf. But not many were lucky to survive a power bike crash.

Sometime in 2012, Mohammed, the first son of a former Minister of Power and Steel, Alhaji Bashir Dalhatu, died in a tragic crash on his way back to Abuja from a bikers’ competition in Uyo, Akwa Ibom. He won the contest. He reportedly instructed his driver to go ahead while he rode his power bike. Unfortunately, he fell off his bike, crushed by oncoming cars around Delta State. Media reports have indicated that most of the crashes involved children of wealth and politically exposed persons and youngsters upwardly mobile.

Tonye Boma Claude-Wilcox was the CEO of Petroleum Brokers Limited, an oil and gas company. He was a power bike lover and had a blissful romance with the machine while it lasted. Tonye was a member of the Bikers’ Club and could travel on his bike anywhere in Nigeria. During one of such jaunts from Lagos to Calabar to attend the burial of the father of another biker, he crashed his bike against a vehicle at Ihiala, Anambra. He died instantly. Tonye was in his mid-40s when he died in 2011. Jamiu Jamiu, 29, a young entrepreneur, used his power bike for a business, not fun like others. He was the CEO of H2 Chicken, a start-up with a focus on delivering chickens to customers. He died when his bike was hit by a truck at Igbo Efon roundabout, Lekki, Lagos, on October 29, 2015.

A year before, in the Lekki axis, Femi Segun, the polyglot son of an award-winning novelist, Mabel Segun, died from injuries sustained in a power bike crash. “The accident that took Mr. Femi Segun’s life was inside Millennium Estate, Lekki Scheme One, Lekki, Lagos, a few meters from where he and his family live. He rode on his power bike, rushing down to his daughter, Fikemi’s school, when he lost control of the machine and hit his head on a stationary vehicle,” Yeni Kuti, Segun’s ex-wife and daughter of the late Fela Kuti, had narrated. This was March 14, 2014. He died a week later. He was 55.

In a dated interview, Segun disclosed that his love for bikes and racing began as an undergraduate at the then University of Ife (now Obafemi Awolowo University). According to him, he started riding superbikes in his second year on campus in 1976.
“That was when I bought a Kawasaki 250cc. It was considered big in those days. After that, I began riding my friends’ Kawasaki Z1000cc. Super bikers come in different outlooks. But one common thing among them is their unique style, bravado, and love for adventure,” he had explained.

Indeed, there are many reasons why people like power bikes. It is a status symbol because of its cornering ability, handling, thrilling acceleration, and braking power. For others, especially in Lagos, it helps to ease traffic jams. But power bikes do not come cheap.
Just like automobiles, there are different kinds of power bikes, and their prices range from N600,000 to N10 million depending on the brand and specifications, technical performance, designs, frameworks, and outlook. Segun’s choice ‘machine’ which he rode about town was a ‘beast’ called Kawasaki ZX1400 Ninja valued at about N2 million then. Its current market value is about N4 million. It was described as about the second fastest sports bike globally, which does 1-100 kph in 2.5 seconds with a top speed of 320kph. There are many brands for sale in Nigeria, including Suzuki, Honda, Kawasaki, Yamaha, BMW, Ducati, and Harley-Davidson, described as the most expensive.

Despite the pricey nature of bikes, thrill-seeking youngsters consider riding them as a pastime. Some even have clubs where they meet other individuals with whom they satiate their passion for adventures. There are male-dominated clubs like the Ride Easy Motorcycling Club, aka REMC, incorporated to offer and seek opportunities for people willing to be riders and established riders to improve their skills through the exchange of experiences and knowledge. They organise road trips, meet-ups and give back to society through monthly charitable projects at orphanages. There is also the 09MC, dedicated to promoting motorcycling through social engagement and responsibility and by sharing the personal accounts of its members’ self-discovery, individual growth, and biking mastery. The 09MC was built to dispel misconceptions about power bikes and riders, engage in social-community responsibility activities, and support and elevate the aspiring rider.

In 2017, Jeminat Olumegbon, an events manager in Lagos, set up the Female Bikers Initiative (FBI) with her friend, Nnenna Samuila. Olumegbon, otherwise known as Speed Diva, said, “A bunch of us, bike riders, came together because we knew when we ride, we draw attention to ourselves, so we used that as a form of communication starter, especially in rural areas.”
She disclosed that within the first three years that the initiative took off, it ran some programmes to confront socio-cultural barriers set against women in Nigeria, but none is more resonant than the group’s campaign against breast and cervical cancers. Other female clubs include D’Angels and Amazon Motorcycle Club.
So, while for some power bike aficionados, riding is purely fun, others have found worthier causes to achieve with the attention that it brings.