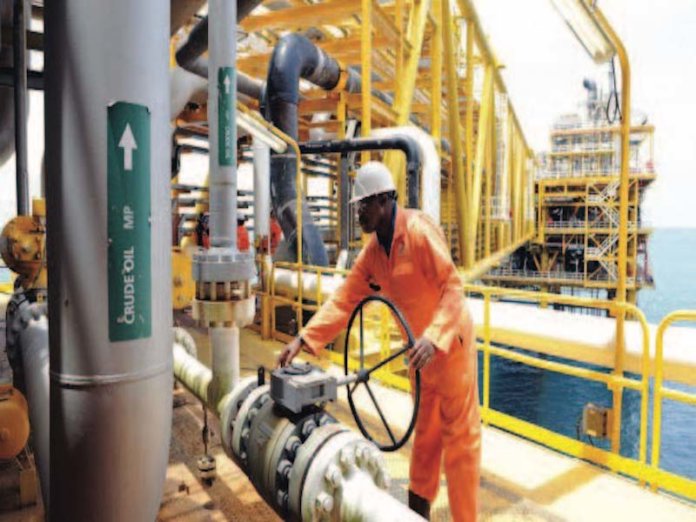 The oil and gas industry in Nigeria has always tried to meet the challenges of providing environmental protection. Admittedly, the exploitation of oil and gas reserves has not been without some ecological side effects including oil spills, and air and water pollution.
Drilling fluids and drill cuttings are the largest waste streams generated in global drilling operations. Regulations ensure minimal damage is done to the environment and protect marine life offshore.

These protections are not limited to Nigeria; most oil and gas countries have similar legislation and regulations to protect the environment. There are also regional legislations like OSPAR, Helsinki, Barcelona and Kuwait, and international groups such as the International Finance Corporation and the World Bank Group also has the Environmental, Health & Safety Guidelines for Offshore Oil & Gas Development. All these are efforts aimed at protecting the environment along with workers health and safety.

The DPR evaluates and monitors the discharges into the environment from exploration, production, terminal operations, hydrocarbon processing, oil transportation, and marketing operations. Since 1991, the EGASPIN has been updated and revised to be at par with international best practices and advancements in drilling waste management technology, including zero discharge for inland and offshore shallow waters. This includes water less than 12 nautical miles distance from shoreline and in water depth of less than 200 feet.

In these zero-discharge zones, discharge is prohibited of whole and spent drilling fluid, drill cuttings, deck drainage, and well treatment waste. Discharges are permitted where the distance from shoreline is greater than 12 nautical miles or the water depth greater than 200 feet under certain conditions.

How Nigeria compares with Africa
Some of the newer oil producing countries in West Africa do not have regulations. In those countries, operator discretion and corporate global standards drive the present practices. Ghana – Environmental Protection Agency (EPA) is Ghana’s regulatory authority. Offshore Oil & Gas Development in Ghana Guidelines for Environmental Assessment and Management, issued in 2012, outlines the regulation for the country. Non-aqueous drilling fluid cuttings shall not be discharged to sea in water depths less than 500 m. Group III non-aqueous drilling fluid with polycyclic aromatic hydrocarbons (PAHs) level than 0.001% and total aromatic content less than 0.5 per cent is preferred for use at water depth beyond 500m. The discharge limit is 2 per cent oil on cuttings. Group II non-aqueous drilling fluid discharge limit is 1 per cent oil on cuttings at water depths beyond 500m. Group I non-aqueous drilling fluid is prohibited in regulated areas. Cameroon, Equatorial Guinea, Ivory Coast, Liberia, Benin, Togo, Senegal, Mauritania, Mozambique, Tanzania & Namibia have no set or clear environmental regulations for oilfield discharge. Operator discretion drives the present practices, which is stipulated in their Environmental Impact Assessment.

Congo & Gabon: Currently no set or clear Environmental Regulations; operators discretion drives the present practice. Both countries are currently looking at going towards 1% maximum OOC. Angola: The discharge regulation is contained in Executive Decree No. 224/12 of July 2012. Drill cuttings contaminated with non-aqueous drilling fluids, and produced sand from operations in offshore zones are prohibited from being discharged offshore. Countries with operations in the North Sea, Norway, Black Sea & Mediterranean have a discharge limit of 1 per cent OOC (OSPAR ). Gulf of Mexico – In US Gulf of Mexico waters, the Environmental Protection Agency (USEPA) discharge limit is 6.9% OOC for synthetic-based drilling fluid. Zero discharge is the restriction for operations less than 3 miles from shore. For Mexico, ASEA & AMEXHI are the regulatory agencies. The Mexico discharge limit in deep water was zero discharge, however, they have recently adopted some part of USEPA regulation allowing 6.9% OOC discharge limit on case-by-case basis. A seabed study is a requirement for the 6.9% OOC limitation. In the Caribbean, Trinidad & Tobago – the discharge regulation is 5% OOC, while Guyana & Suriname have no regulation and rely on the operator’s discretion. Brazil has the IBAMA regulation which ranges from zero discharge to 5.9% OOC depending on the field.In Asia, Myanmar – the rule is zero discharge for non-aqueous drilling fluids and cuttings, however, operators are currently being given waivers and allowed to discharge with limit of 6.9% OOC. For Thailand & Malaysia, the discharge limit is 5% OOC.

Meeting Regulatory Requirements
With the introduction of non-aqueous drilling fluids offshore, regulations have become more stringent, prompting the industry to come up with new technology that enhances the efficiency of solids-removal equipment. The shale shaker, which is the primary solids-control equipment on the rig, has gone through technological improvements going from single-deck shaker to dual, and now triple-deck shakers. The triple-deck shaker maximizes fluid recovery reducing the volume that would have been discharged to the sea, increasing process capacity, and delivering drier cuttings. While OOC results on the single-deck shaker is above 12 per cent, it has been reduced to less than 10 per cent on the triple-deck shakers.

In locations where the discharge limit is 1 per cent OOC, the industry has developed thermo-mechanical cuttings cleaner (TCC Hammermill) which is the best available technology to achieve 1 per cent OOC safely offshore as no open flame exists as it does with other thermal treatment options. This technology converts kinetic energy to thermal energy by creating friction in the waste stream. This creates a temperature higher than the evaporation temperature of the base oil. The thermo-mechanical cuttings cleaner system recovers more that 99 per cent of the synthetic oil for immediate reuse with no significant fractioning or degradation.

In areas where regulation calls for zero or near-zero discharge, synthetic-based drilling fluid and cuttings contaminated with synthetic-based fluid will be contained in cuttings boxes (skips) and shipped to shore for treatment and disposal. Traditionally cuttings are fed into cuttings boxes via augers. The cuttings boxes are lifted by crane to the boat for transportation to shore. This process has a lot of safety, environmental, operational, and logistics concerns. The new solution is the pneumatic cuttings-transfer system for containing, buffer storage, and transporting drill cuttings and mud within an enclosed system. This prevents exposure of personnel and the environment to contaminated wastes. This system is safer than traditional skip-and-ship method with auger as crane lifts are minimized, improving offshore safety.

One of the safest and widely approved disposal methods for cuttings disposal offshore (shallow water) and onshore is cuttings re-injection. This is mechanical degradation of drill cuttings to an appropriate size to form a slurry suitable for re-injection. Water-based and synthetic-based drill cuttings, spent fluids, slop and drain water, produced water and solids, production sludge, and naturally occurring radioactive material (NORM) can all be re-injected. This process is applicable in a zero-discharge environment; however, no company is currently using this method in Nigeria.

Another technology that has helped not only protect the environment but improved the overall safety of personnel is automatic tank cleaning. The traditional method of cleaning mud tanks offshore is manual labor with crews enter confined spaces with high-pressure washing equipment, shovels, and squeegees. Confined-space-entry fatalities are commonplace. Statistics compiled by the National Institute for Occupational Health and Safety and OSHA – Occupational Safety and Health Administration over the last decade indicates 1 fatality every 4 days on the average. Most of the fatalities are due to oxygen deficit or toxic atmosphere. Nigeria has suffered her own share of fatalities from confined-space entry. To eliminate confined-space entry, tank cleaning machines (TCM) utilizing static or rotatable nozzles are placed inside the tank to jet water or cleaning solutions into the tank walls. These TCM can also direct a high-impact jet (low-pressure, high-flow rate) onto the floor to dislodge sediments from the bottom of the tank.

What the Future Hold for Nigeria
Future status of drilling discharges includes monitoring with seabed surveys, maintenance of increasingly higher standards, using new and better options for fluids, processing technology, and waste disposal including reinjection of waste, and a continued focus on pollution prevention at all stages of drilling and production. The drilling industry has already made lots of progress with the development of new drilling fluid systems that are more environmentally friendly. Use of diesel-based mud has been stopped offshore and greatly reduced onshore. The industry will continue to engage with regulators and industry stakeholders to create awareness on best practices and develop and implement new technology to move the industry in the direction of greater safety and protection of the environment.

Abayomi Jewesimi is a graduate Electrical Engineer from the University of Lagos. He is global capital sales manager for a leading international oil and gas service company and is currently based in USA. He has over 25 years of experience in international oil and gas. He specializes in operations, business development, sales, and strategy and is actively involved working with clients and regulatory bodies globally on environmental regulations and new technology to meet best environmental practice for the oil and gas industry. 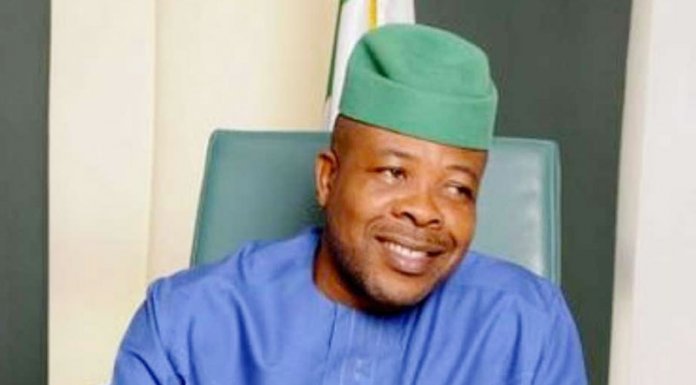