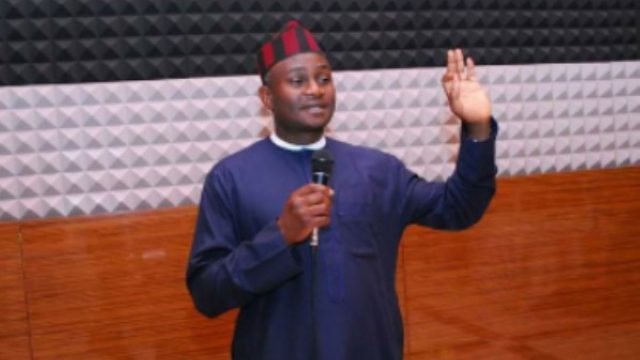 The Chairman of the Board of Project Development Institute (PRODA), Mr. Daniel Onjeh, has called on the Economic and Financial Crimes Commission (EFCC) and the Independent Corrupt Practices and other related offences Commission (ICPC) to probe the Speaker of the House of Representatives, Hon. Femi Gbajabiamila, and a member of the House, Hon. Henry Nwawuba, over alleged contract racketeering.

The House had last Wednesday adopted a report by the Committee on Public Procurement, where it recommended the immediate suspension of the acting Director-General of PRODA, Dr. Fabian Okonkwo, for alleged gross violation of the provisions of the Public Procurement Act.

The lawmakers alleged that Okonkwo and all principal staff of the institute involved in the illegal payment of contractors should be referred to the relevant government anti-graft agencies for investigation and possible prosecution.

But addressing a press conference yesterday in Abuja, Onjeh described the investigation on the PRODA 2020 procurement exercise conducted by the House as a mere academic exercise.

He insisted that the resolutions that emanated from the investigation are at best, only advisory and not binding on the executive.

Onjeh clarified that the directive asking him to ‘step aside’ was not connected to any allegation against his person as the House was trying to suggest, rather, it was mere administrative procedure authorities take sometimes on a complaint to allow unfettered investigation against an accused person.

He said it has been discovered that most PRODA contractors were mere fronts for National Assembly members used as conduit pipes to siphon monies meant for zonal and constituency projects.

The Board chairman alleged that: “They colluded with the agency’s suspended director-general on several occasions and received full payments of money. I make bold to say that the House Committee on Procurement was set up to clear the way for members of the House of Representatives to achieve their aim of getting the agency’s acting DG, Dr. Fabian Okonkwo, to pay contractors.

“The House Speaker, Gbajabiamila, who claimed that the contractors of the House of Representatives members have completed their projects, and as such, should be paid, was also reported to have inaugurated PRODA Wifi project in selected tertiary institutions in Lagos State without Bill of Quantities, Scope of Work and other relevant procurement documents, when in actual sense, these contracts were validly issued.”

Onjeh stated categorically that most of the projects the National Assembly members claimed their contractors have completed are in several instances without site locations, bills of quantities, scope of work and drawings, adding that all these are basic instruments needed to assess work down before payment.

He, therefore, said since the lawmakers cannot be a judge in their own case, the anti-graft agencies should wade in and investigate the matter.