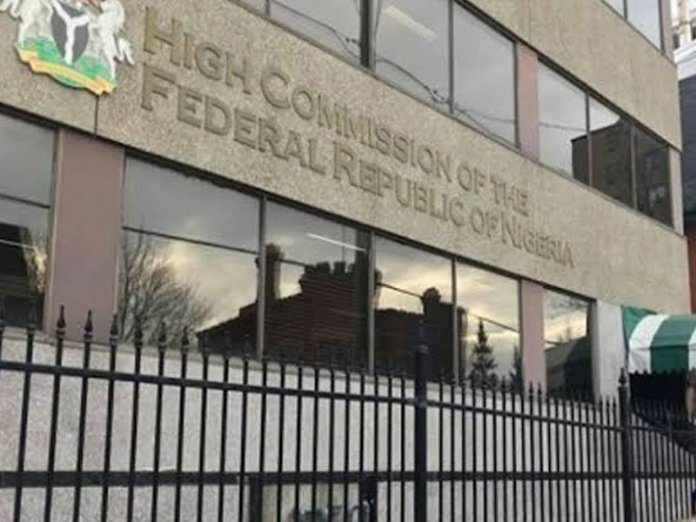 The Ministry of Foreign Affairs (MFA) has stated firmly that no Nigerian was backlisted by the Nigerian Embassy in Switzerland.

A press release on Tuesday and titled: “Re: Defamatory Video against the Nigerian Embassy in Berne, Switzerland” that was signed by the Spokesman of the MFA, Mr. Ferdinand Nwonye, noted that the attention of the ministry has been drawn to series of videos that were circulated in the social media by a Nigerian citizen resident in Switzerland, Mr. Agbaeze Francis Chinedu, in which he falsely claimed to have been blacklisted by the Nigerian Embassy in Berne, Switzerland.

Nwoye said that “the ministry wishes to state that contrary to Mr. Agbaeze’s claim, the embassy did not blacklist him or any individual from receiving consular services at the mission.”

He explained that Agbaeze visited the embassy on Thursday, March 11, 2021 for his earlier booked appointment and was duly attended to like every other applicant, and was issued a collection slip and asked to return for his passport on Monday, March 22, 2021.

He alleged that Agbaeze, rather than complying, insisted that his passport must be issued to him immediately since he was not satisfied with the date generated by the system.

Nwoye further alleged that the man subsequently proceeded to release “another unwarranted video where he made false and disparaging comments against the ambassador and staff of the embassy.”

He recalled that the ministry via a “Press Release No. MFA/PR/2021/07,” dated February 1, 2021, had addressed an earlier video by Agbaeze where he falsely accused the embassy of negligence.

He said: “It was revealed then that Agbaeze had no prior booking with the embassy and was advised to abide by the online booking system of the embassy and refrain from disorderly conduct.”

Nwoye urged the general public to kindly disregard the misguided claims and utterances of Agbaeze, as he was never blacklisted by the Nigerian Embassy in Berne, adding that the embassy has assured the public of its continued commitment to ensuring that consular services are efficiently provided to all.

He said: “The ministry also wishes to reiterate that our missions will continue to efficiently render quality services to all Nigerians.”