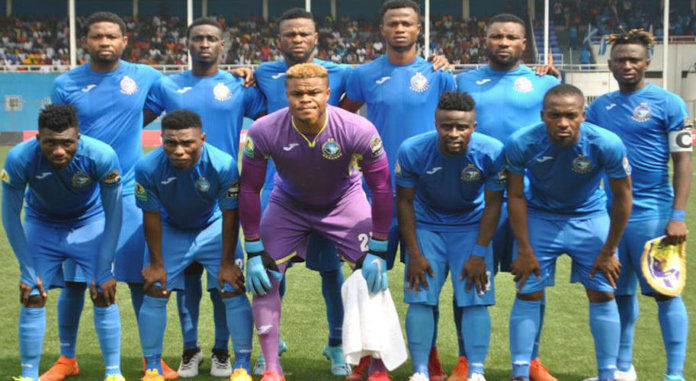 Nigeria’s lone team in continental campaign this season will be up against South Africa’s Orlando Pirates in this Group A fixture this midweek.

Libya’s Al Ahli of Benghazi that Enyimba defeated in their first Group A brothers game penultimate weekend, will take on Algeria’s ES Setif in the other game of the group.

Because of today’s campaign in the continent, Enyimba were excepted from the domestic league fixture against Lagos church club, MFM FC at the weekend.

The win saw the Tunisian champions remain at the top of the group standings and they qualified for the quarterfinals, while Egypt’s Zamalek remained third with two games left.

Both teams struggled to create clear-cut goal-scoring opportunities in the opening proceedings as they were cancelling each other out in midfield.

The first real goal-scoring opportunity of the encounter came in the 37th minute after some good work by Zamalek attacker Achraf Bencharki as the two teams began to create chances.

The Morocco international’s goal-bound shot was brilliantly saved by Esperance goalkeeper Farouk Ben Moustapha, who was well-positioned in the visitors’ goal-posts.

This served as a wake-up call for Esperance and they should have opened the scoring two minutes before the halftime break.

The ball fell kindly for Hamdu Elhouni in the box, but he was brilliantly denied by Zamalek goalkeeper Mahmoud Gennesh from close range and the score was 0-0 at the interval.

Bencharki kept the Blood and Gold’s defence busy with his dangerous runs after the restart and he forced Ben Moustapha into a wonderful save in the 51st minute.

Zamalek coach Patrice Carteron made a tactical change in the 68th minute as he pulled out defender Ahmed Eid and he introduced attacker Mahmoud Shikabala.

However, the deadlock was then broken by the visitors five minutes later when Hamdy Nagguez set-up Elhouni, who scored with a low shot to make it 1-0 to Esperance.

The White Knights had a late chance to grab an equalising goal in the 85th minute, but in-form Ben Mustapha denied Bencharki to ensure that Esperance emerged 1-0 winners.