The American Business Council (ABC) has restated its commitment to support trade in Nigeria.
The council stated this in its recent survey, tagged ‘2020 Nigeria Economic Impact Survey’, which it administered in collaboration with the United States Embassy, Verraki, KPMG and PwC.

The survey analysed the economic effect of US companies on the Nigerian economy between 2019 and 2020. It measured changes in business revenue, foreign investment, job creation, gross value added and plans for expansion within the period.

According to the survey report, over 65.12 per cent of US companies operating in Nigeria, identified Nigeria as the regional hub for their operations in West Africa. Yet, the report showed that there was a drop in the creation of direct and indirect jobs in 2019 by American companies, compared to what was obtained in 2018.

The survey report further explained a reduction in the amount of planned investments in the next three years to $2.37 billion, compared to the over $2.57 billion that was spent on expansion in the last five years.

Although the report identified government policy implementation and specific industry regulation as some key factors that were responsible for the drop in business activities in 2019 and 2020, the President, American Business Council, Mr. Dipo Faulkner, while analysing the report during the presentation at a virtual meeting recently, also attributed that challenges faced by American companies, to include the effect of COVID-19 pandemic and the global economy restructuring.

He, however, said the ABC would not be deterred by the challenges, since most of them were global in nature.

“The effect of COVID-19 and the global restructuring affected the impact of American businesses on the Nigerian economy in the areas of job creation, expansion of investments and revenue generation, but ABC is creating jobs in Nigeria through the over 100 American companies operating in Nigeria, thereby impacting the Nigerian economy with direct and indirect jobs, which has helped in addressing unemployment in Nigeria,” Faulkner said.

Partner at PWC, Mr. Chijioke Uwaegbute, who presented the report, however called on the Nigerian government to address some of the challenges that were traced to policy implementation and specific industry regulation.

According to him, policy development and implementation should be driven by the right data and there must be conscious efforts of the government to collaborate with the people that will be directly impacted by the policy, such as the organised private sector. 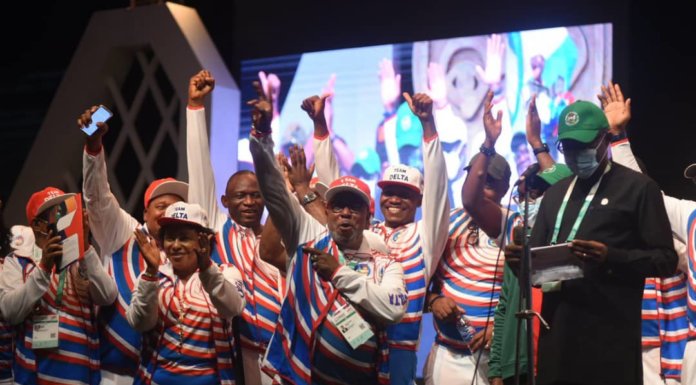