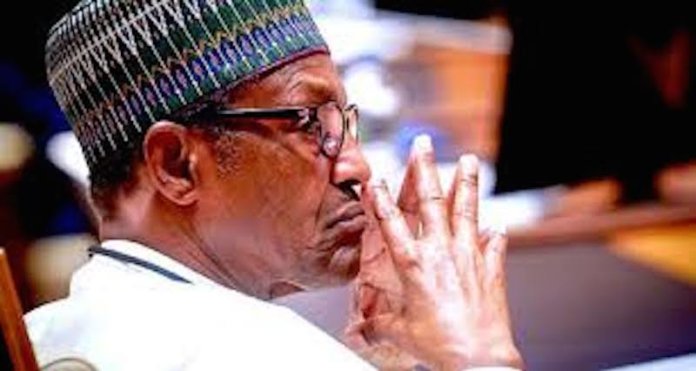 A media release of Garba Shehu, the Senior Special Assistant to President Muhammadu Buhari, on 3rd March, 2021 gave marching orders to security agents to shoot-on-sight any civilian found in the forest with an AK-47 weapon. Since then the media has been abuzz with mainly non-legal analyses of the subject, until the President directly corroborated the order on 11th March, 2021 during his meeting with the nation’s traditional rulers on the subject of insecurity in Nigeria. Some analysts are of the view that the order is a product of doctrine of necessity.

In the humble view of this writer, the order is a licence to security to kill suspected armed persons, without the due process of law. The order is undeniably a landmark of military regimes, where the leader operates in the parody of L’etat c’est moi (meaning: “I am the State”) of Louis XIV of France (1638-1715). The order is a ‘legal’ approval for the security agents to transform themselves to an accuser, investigation, prosecutor, judicial officer and enforcer of the law, all rolled into one. The security agents will combine executive and judicial functions, to decide the fate of the suspect in a jiffy. The order is, in fact, a legal synonym for extrajudicial killing. It is also a licence for the truncation of the right to life, embedded in our Constitution and international treaties and protocols.

On Illegal Possession of Firearms

From the research carried out by this writer, no law in Nigeria permits a civilian to carry AK-47, either in the forest or elsewhere without presidential approval. Section 3 of the Firearms Act, Cap. F28, LFN, 2004 provides that: “No person shall have in his possession or under his control any firearm of one of the categories in Part 1 of the Schedule to this Act (in this Act referred to as “prohibited firearm”) except in accordance with a licence granted by the President acting in his discretion.” Section 4 of the Firearms Act provides for Personal Firearms, which requires a licence from the Inspector-General of Police. Since neither the President nor the IGP gave licences to the forest bandits, it is obvious that they have breached the Firearms Act. Section 3(1) of the Robbery and Firearms (Special Provisions) Act, Cap. R11, LFN, 2004 provides for the punishment for illegal possession of firearms thus: “Any person having a firearm in his possession or under his control in contravention of the Firearms Act or any order made thereunder shall be guilty of an offence under this Act, and shall upon conviction under this Act be sentenced to a fine of twenty thousand Naira or to imprisonment for a period of not less than ten years, or to both.”

The United Nations Basic Principles on the Use of Force and Firearms by Law Enforcement Officials, has provided guidelines on the Prevention of Crime and the Treatment of Offenders. Although not strictly binding on Nigeria, its provisions will act as a threshold of international best practices, in the event that a Special Rapporteur is appointed in future to determine State responsibility. Articles 5, 7, and 9 of these Basic Principles appear relevant to our analysis.

Article 5: “Whenever the lawful use of force and firearms is unavoidable, law enforcement officials shall: (a) Exercise restraint in such use and act in proportion to the seriousness of the offence and the legitimate object to be achieved; (b) Minimise damage and injury, and respect and preserve human life; (c) Ensure that assistance and medical aid are rendered to any injured or affected persons at the earliest possible moment.”

Article 7: “Governments shall ensure that arbitrary or abusive use of force and firearms by law enforcement officials is punished as a criminal offence under their law.”

Article 9: “Law enforcement officials shall not use firearms against persons except in self-defence or defence of others against the imminent threat of death or serious injury, to prevent the perpetration of a particularly serious crime involving grave threat to life, to arrest a person presenting such a danger and resisting their authority, or to prevent his or her escape, and only when less extreme means are insufficient to achieve these objectives. In any event, intentional use of firearms may only be made when strictly unavoidable in order to protect life.”

The Right to Life

Section 33(1) of our Constitution provides that: “Every person has a right to life, and no one shall be deprived intentionally of his life, save in execution of the sentence of a court in respect of a criminal offence of which he has been found guilty in Nigeria.”

Section 33(2) provides for situations where the right to life can be violated. Article 4 of the African Charter on Human and People’s Rights (which has already been incorporated into the corpus juris of Nigerian Laws) provides that every human being shall be entitled to respect for his life and no one may be arbitrarily deprived of this right. In Abacha & Ors. v Fawehinmi (2000) 6, NWLR (Pt.660) 228 decided by the Supreme Court on 28th April, 2000, the Supreme Court upheld the application of the African Charter in the Nigerian legal system.

Article 6(1) of the International Covenant on Civil and Political Rights, 1966 provides that every human being has the inherent right to life and no one shall be arbitrarily deprived of his life. Article 3 of the Universal Declaration of Human Rights, 1948 states that: “Everyone has the right to life, liberty and the security of the person.”

Similar Order in the Philippines

In Bello v A.G. Oyo State (2006) NWLR (Pt.1011) 378; (1989) 1 S.C. 1-76, one Nasiru Bello had been convicted of the offence of armed robbery and was sentenced to death by the High Court. While his appeal was pending at the Court of Appeal and serving a copy of the Notice of Appeal on the A.G. of Oyo State, he was executed on the order of the Governor of Oyo State. His dependants subsequently instituted a suit against A.G. Oyo State. The Supreme Court held that the execution was premature, and not only unconstitutional, but illegal and unlawful. The Supreme Court also held that by his execution, the deceased had lost both his right to life and also his right to prosecute his appeal, and that the deceased’s dependents were unjustly deprived of the benefits of his life.

Article 1 of the UN Principles on the Effective Prevention and Investigation of Extra-Legal, Arbitrary and Summary Executions provide that “Governments shall prohibit by law and extra-legal, arbitrary and summary executions….”

Article 3 of the Code of Conduct for Law Enforcement Officials, which prescribed an international standard on the use of force in law enforcement, was established by the UN General Assembly in 1978. This means that the law enforcement officials obeying the order of the President may be held to account, especially if killings and deaths result from their actions.

Common Article 3 of Geneva Convention IV of 1949 (applicable to non-international armed conflicts) provides that “… the following acts are and shall remain prohibited at any time and in any place whatsoever with respect to [persons taking no active part in the hostilities]: (a) violence to life and person, in particular murder of all kinds….”

Amnesty International in its publication of July 1993 titled “Disappearances” and extrajudicial executions as via lotions of international human rights, emphasised that extrajudicial executions constitute “willful killings” and are thus, “grave breaches” of the Geneva Conventions under Common Article 3. Although we are in no armed conflict, the case of the investigation of the summary execution of Jammal

Khashoggi in the Saudi Arabian Consulate in Istanbul in 2018 by the Special Rapporteur (Agnes Callamard) on extrajudicial, summary and arbitrary executions appointed by the United Nations Human Rights Council. Her final report on Jamal Khashoggi is already in the public domain. Our take home is that, protection of human rights has gone beyond being a local issue or applicable only when war or many people are affected. One extrajudicial killing involving Jamal Khashoggi, was enough to activate this international response.

The UN Special Rapporteur for Extrajudicial, summary or arbitrary executions, Agnes Callamard, made an official country visit to Nigeria between 19th August and 3rd September, 2019. Part of her findings, which had been presented to the UN Human Rights Council in June 2020, include:

The warning signs are flashing bright red: increased numbers of attacks and killings over the last five years with a few notable exceptions; increased criminality and spreading insecurity; widespread failure by the Federal authorities to investigate and hold perpetrators to account, even for mass killings; a lack of public trust and confidence in the judicial institutions and State institutions more generally; high levels of resentment and grievances within and between communities; toxic ethno-religious narratives and “extremist” ideologies – characterised by dehumanisation of the “others” and denial of the legitimacy of the others’ claims; a generalised break down of the rule of law, with particularly acute consequences for the most vulnerable and impoverished populations of Nigeria.

Going by the scathing report of the UN Special Rapporteur on extrajudicial, summary or arbitrary executions on the Nigerian situation in 2019, the presidential order of “shoot-on-sight” will worsen the human rights record of Nigeria. The order will leave Nigeria in a legal quagmire, that could lead to reprimand by the UN Human Rights Council. It will also weaken the authority of the judiciary. The open-ended order, is an affront to the rule of law and a crude sanctity of life in a democracy. The writer admonishes the authorities to seek ways of fighting insecurity, within the bounds of the rule of law.