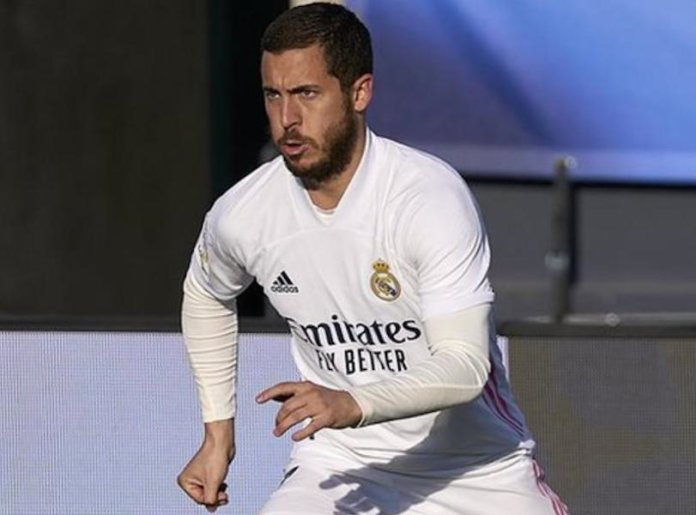 Real Madrid Coach Zinedine Zidane has said he is at a loss to explain forward Eden Hazard’s latest injury setback.

The Belgian international joined Real in a 150 million euro ($178.83 million) deal in 2019 but has been blighted by injuries, making 25 La Liga appearances since signing.

After returning from a muscle problem for the final 15 minutes in Saturday’s last-gasp 2-1 win over Elche, Zidane said Hazard will miss Tuesday’s Champions League home last-16 second leg with Atalanta.

“He won’t be fit. They’re things that I can’t explain. I want to be positive and hope that it’s not too much of a problem,” Zidane told a news conference.

Real said in a statement that Hazard is suffering from psoas – the primary muscle connector between the body’s trunk and lower limbs – problem but gave no indication of a likely timescale of his absence.

“Something’s up, because he was never injured in his entire career (before joining Real) or there were very few injuries,” Zidane said.

“It’s something new. I can’t really give any more of an explanation. We want to help him and hope he’s back as soon as possible.

“We’re going to try and figure out why it’s happening (the club’s injuries), but right now we can’t explain it. We’ve spoken about things like the lack of pre-season, amount of games and the mental aspect.”

The 30-year-old Hazard joins Casemiro on the sidelines for the fixture against the Italians, with the Brazilian suspended after picking up a booking in the first leg, however captain Sergio Ramos is fit and likely to start.

Meanwhile, Sergio Ramos returned for Real Madrid on Saturday but the bigger question is whether he is back for good.

After two months out with a knee injury, Ramos played an hour in Madrid’s win over Elche, with the plan to blow away the cobwebs ready for a start against Atalanta.

His availability should be a significant boost for Madrid and will be confident of being Spain’s first, and perhaps only, survivor in the tournament’s quarterfinals.

And yet Ramos’s reemergence has been pinpointed less as a boost to his team than a bolstering of his case to stay, every week he was absent another blow to his hope for a contract extension beyond the summer.