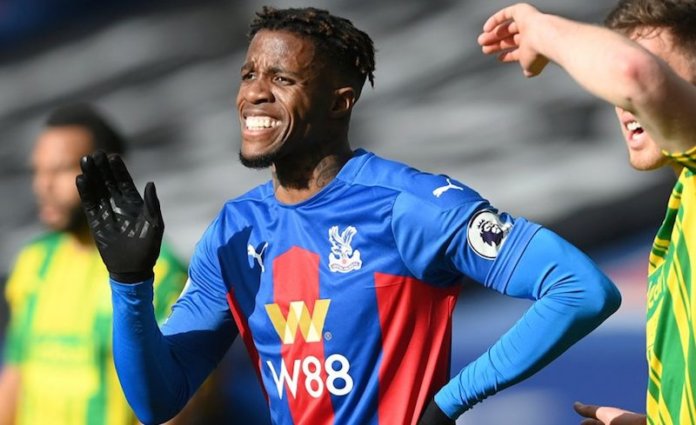 Crystal Palace forward Wilfried Zaha has become the first Premier League player not to take a knee before kick-off.

Zaha stood before Saturday’s 1-0 win over West Brom,an action he hopes will highlight that more needs to be done to fight racism.

In a statement, the 28-year-old said he “will continue to stand tall”.

Zaha said in Februarythat he would no longer follow the initiative adopted in the Premier League last season.

Premier League clubs started taking a knee before kick-off to support the Black Lives Matter movement, which rose to prominence following the death of George Floyd in the United States in May 2020.

“My decision to stand at kick-off has been public knowledge for a couple of weeks now,” Zaha said.

“There is no right or wrong decision, but for me personally I feel kneeling has just become a part of the pre-match routine and at the moment it doesn’t matter whether we kneel or stand, some of us still continue to receive abuse.”

The game against West Brom was Zaha’s first opportunity to make his point after recovering from a hamstring injury.

Crystal Palace captain Luka Milivojevic says he is fully behind the stance that has been adopted by his team-mate.

“We are taking a knee to show an example so, when kids see, they are asking why are players doing that. Wilfried is going further, he did it the other way, and I respect him 100%.”