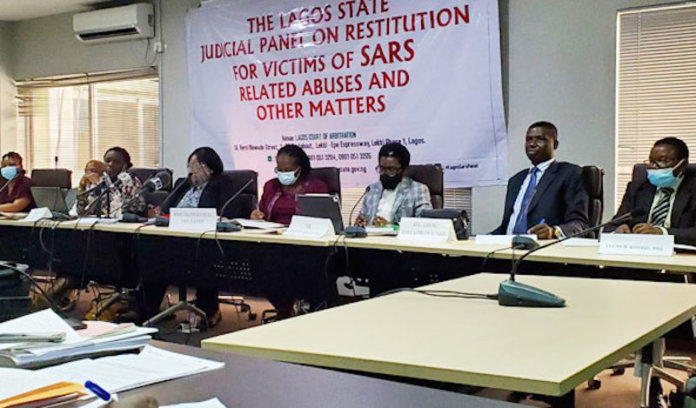 Nigeria’s multi-specialist hospital, Reddington Healthcare Group has submitted 25 cases of some victims of the Lekki Toll Plaza shooting that occurred on October 20, 2020 to the Lagos State Judicial Panel on Restitution for Victims of SARS and the Lekki Tollgate Incident.

One of the hospital’s trauma and orthopaedic surgeons, Dr. Babajide Lawson yesterday tendered the case files of the victims treated in the hospital.

Some survivors of the shooting had petitioned the panel, alleging that soldiers from the 81 Division of the Nigerian Army shot at and killed several #EndSARS protesters that night.
The army has, however, denied the allegation repeatedly and has stopped further appearance at the panel, without giving any reason.

At its sitting yesterday, the counsel to the panel, Mr. Jonathan Ogunsanya, told the panel that he now had in his possession a total of 25 case notes submitted by the hospital.

He noted that the cases were more detailed and would help give clarity to cases of petitioners before the panel.
In February, Lawson told the panel that the hospital dealt with mass casualties on October 20, but proper records of the number might not have been kept because the medical staff on duty were overwhelmed.

According to the doctor, the hospital was more concerned with saving lives and so did not prioritise the time patients arrived at its facility.

“On the night of this event, in the Lekki facility, when patients were brought in, it was a mass gathering situation in which case you have a large number of people presenting at the same time, literally overwhelming the facility.

Philemon, who now walks with the aid of crutches, had claimed that he was shot by soldiers at the toll gate on October 20, but the absence of his medical records before the panel had stalled proceedings.
Philemon had in his petition demanded a sum of N200m as damages for the inconvenience of losing his limbs as well as another $50,000 for Prosthetic limbs.

Counsel to Philemon, Mr. John Uthman told the panel that his client arrived at the hospital at about 9:00 p.m. contrary to the position of the Lagos State Government that he presented himself for treatment at 11.30pm and could not have been shot at the Lekki toll gate.

Uthman noted that the complete medical records of the petitioner showed that he received medical treatment at about 9pm and later at about 11.30pm.
Another witness, Richard Oku who testified for Philemon, claimed that at 6.45pm on October 20, the army arrived at the Lekki Toll Gate and started shooting.

The witness explained how he helped Philemon after he was shot.
He said: “I heard on the radio that a protest was going on at the Lekki toll gate and I decided to go there around 4: 00 p.m. At 6.45pm or so, we saw the army people arrive and started shooting. DJ Switch was on stage telling people to be calm and sit down. Some sat down, others could not bear it and started running.

“I also found a way to leave. I saw one man beside me shot. I saw another try to get up, his leg had been shot, he could not make it and other people were stepping on him and others as they were running. I stopped one man and we helped him to the side of the toll so that people would not step on him. I picked his phone and left him.

“I found my way to Lekki gate and I saw private cars stopping there. I approached them to help. I went back to the toll and helped an elderly woman and a young man to the hospital with the car that agreed to help.

“We went to a hospital in Ajah, Doreen Hospital. They were treated then. it was later that the petitioner’s brother called his phone which i had picked and that’s how I came to know his name and to also testify in his case.”

The panel adjourned to March 27 for the petitioner and Reddington Hospital to continue their testimonies.