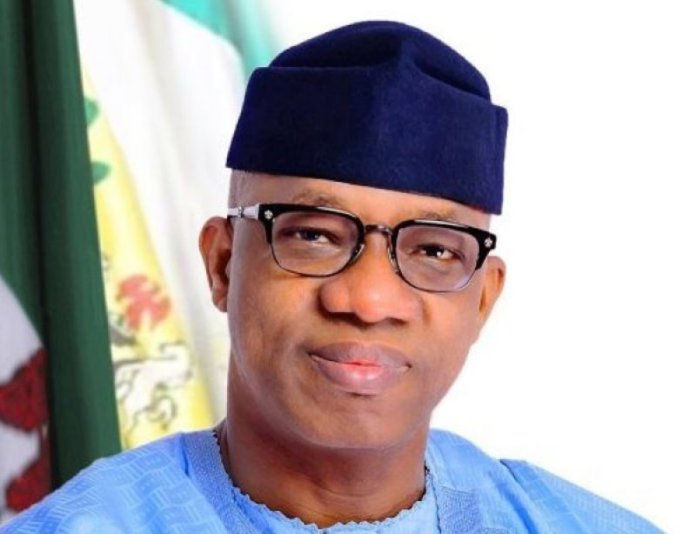 The Senate Committee on Aviation, as part of its oversight functions, recently embarked on a fact-finding mission to the sites of the two airports being constructed in Ogun State. In its tradition, the Committee’s Chairman, Senator Smart Adeyemi, led four other members, Solomon Adeola, Ahmed Umar, Abba Moro and Mrs Abiodun Olujimi, on a visit to Ogun State Governor Dapo Abiodun at his office at Okemosan, Abeokuta.

Governor Abiodun reinforced the commitment and resolve of his administration towards ensuring that the Agro-Cargo Airport situated in Ilishan-Remo is completed. The governor, who said that the project had gotten the consent of the Federal Ministry of Transportation and the Nigerian Civil Aviation Authority (NCAA), stressed that the first phase of the project is expected to be completed by May 2022.

Abiodun said: “This administration is focused and methodical. The need to have an agro-cargo airport was made by our Joint Inter-Ministerial Committee and we consequently evaluated the initiatives that were started by the previous administrations, because government is a continuum.

“After a thorough evaluation, the choice of the Agro-Cargo Airport in Ilishan was unanimous; it complements the agricultural processing factories eco-system in that corridor, with access/egress road network. Again, government is a continuum. We are completing this project that was conceptualised by a previous conversations; same way, we have completed other projects, like roads, flyovers, hospitals and schools that were started by the previous administration. Our decisions are always based on the economic values and benefits to our people.”

While shedding more light on the expected returns of the project, the Ogun State Commissioner for Finance and Chief Economic Adviser (CEA), Mr. Dapo Okubadejo, noted that the airport is strategically located within the agricultural belt in the state and at the inter-connection between the East-West (Sagamu-Benin) and the North-South (Lagos-Ibadan) highways.

He said: “Agro-cargo airport is a viable project which would unlock significant values-addition opportunities across agricultural and manufacturing sectors.” Also, a member of the committee, Senator Adeola, who hails from Ogun West district, threw his weight behind the Agro-cargo Airport, instead of a passenger airport.

But in a curious twist, before nightfall, warped minds had gone on the prowl. Perhaps, they forgot to weigh the benefits of having an agro-cargo airport or a passenger airport, irrespective of their locations, or maybe their actions were deliberate to spew convoluted narratives in order to confound the thoughts of the good citizens of the state. What is actually in place at Wasimi is an airstrip, and not a full-fledged airport, despite a huge chunk that the previous administration had ploughed into the project.

In comparison, the undulating landscape of the Wasimi project is not suitable for such a huge investment. Instead of consigning the Wasimi airstrip into a forgotten dustbin, the government has been prudent enough with a redesign of the project for a more complementary purpose to factories, like Lafarge Cement and others, within the same corridor, as trailer/container transit terminal and park.

The controversy trailing the agro-cargo airport in Ogun State stems from sustained sentiments of the almost two years of acrimonious rivalry and open hostility being launched against the current administration in the state. What is actually playing out can be seen from the angle of conspiracy gone awry.

Prior to the March 9, 2019 governorship election in Ogun, there were resentments and an air of apathy in the land. Also, there was a reservoir of hands and brains willing and ready to take the state to the next level from the incumbent leadership. Thus, the emergence of Prince Abiodun as the fifth democratically elected governor of Ogun State was not by mistake, but by divine intervention to save the state from mis-governance, vis-a-vis unfriendly business policies and un-welfarist programmes. However, in polity, retrieving a state from a transactional leader requires a coalition of efforts by men and women of goodwill, regardless of political leanings, to stand firm and say; “enough is enough.”

By and large, let us make no mistake in the allegations and counter-allegations that have been trailing the location of the agro-cargo airport at Ilishan-Remo, in Ogun East district, a development that has come under a barrage of criticisms in the last one week. Governance transcends politics and there is nothing wrong in having two airports in a state, Ilishan (Ogun East) and Wasimi (Ogun Central), as it is were, provided there are enough funds to run them.
But a grand design by an opponent, with carefully incubating schemes to undo the preference being placed on the agro-cargo airport project to take care of the agricultural produce of the farmers in the state, is a disservice to the generality of the people whose interest they claim to protect. Resulting from the dwindling fortunes in the price of crude oil globally, Nigeria, being a member of the Organisation of Petroleum Exporting Countries (OPEC), is not an exception, as it is affected by the sharp drop in the revenue accruing to its coffers. This development, to a large extent, has resulted in a decline in the monthly allocations to each state from the Federation Account.

It is common knowledge today that each state government has woken up from its slumber and invested in economic sectors where it has comparative advantages. Thus, the position and interest of the present administration in the state has been in the area of agriculture, not only to bring about economic development, but also to provide job opportunities for its teeming unemployed youths and also shore up its revenue base. Thus, the agro-cargo airport initiative arose out of the utmost need to help the farmers in the movement of their farm produce from the rural areas and to be transported to the final markets.

Essentially, from the aforementioned, the preference of the current administration is build an agro-cargo airport to aid the economic development of the state.
The Ilishan Airport project is not new. It dates back to 1979 when the then military junta saw the need to have an alternative airport nearest to the Murtala Mohammed Airport at Ikeja, Lagos, hence the choice of locating it in Ilishan to take care of congestion whenever it arose.

It was gathered that if the Ilishan-Remo project had come on stream, the Bellview crash at Abule Lisa, in Ifo Local Government Area of the state sometime in 2005, would have been averted. The pilot of the ill-fated plane, it was learnt, could have made an emergency landing at the Ilishan-Remo Airport and save the lives of the passengers on board.
Also, in 2007, the Otunba Gbenga Daniel-led administration conceptualised the agro-cargo airport project in Ilishan-Remo when it appraised its potential for the overall development of the state and the country, at large.

But surprisingly, the administration of Senator Ibikunle Amosun jettisoned the project in 2018, towards the tail end of his tenure, and came up with a passenger airport, with its location at Wasimi (Ogun Central), where he hails from. Despite all intrigues and underlining politics, the agro-cargo airport project has got the federal government’s approval.
In addition, counterpart funding, and support from both the federal and state governments’ intervention funds are expected to breathe life into the agro-cargo airport project.

Meanwhile, sadly enough, conspirators always have a way of turning against their target in the absence of a common adversary. They have their eyes on the ball; not for the common good, but primarily for what they stand to gain.
However, if politics were to be played the way and manner the traducers of these intrigues have skewed the project to give it an ethnic colouration, then the people of Ogun cannot and will never forget in a hurry the unpleasant fate that has befallen the then proposed Olokola seaport, 1DMA Turbine Power Plant, Dangote Refinery and currently the resuscitated Ilishan Agro-Cargo Airport, among other abandoned laudable projects belonging to the state government.
––Ezekiel wrote from Abeokuta. 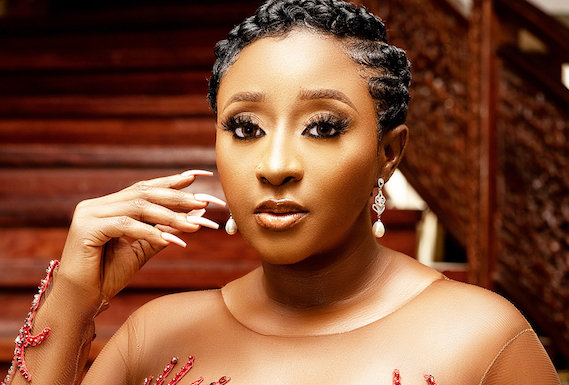