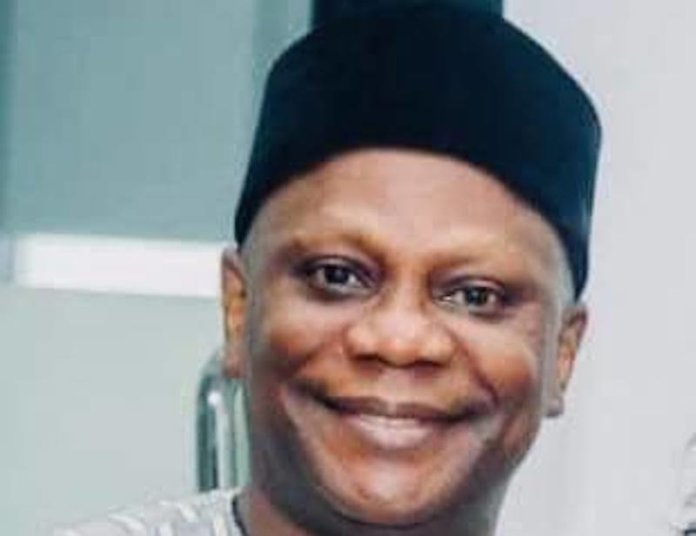 How benevolent, productive, relevant, and resourceful a government and an administration will be is a function of the purpose of the leadership. The mindset of a leader defines the kind of leadership that will be provided irrespective of the tier of government that is involved. This principle applies to the management of activities in the private sector too. The real leadership is not just a role one plays, it is a life one leads and this can only be built on a good and strong character to deliver an enduring good government to the masses.

Good leadership in the governance of nations and states is the bedrock for development. The old western region of Nigeria remains an evergreen example in our clime. Consequently, it is imperative to consciously groom good leadership for future; a visionary leadership characterized by values and commitment to the custom of excellence. There is need to depart from rat race governing system and entrench a new paradigm for a more enduring purposeful governance for the benefit of the majority on a lasting note.

The prevalent purpose of those who dominate the political space in Nigeria over the years had been less than altruistic. Many are involved for the winner to take all, the interest of the larger society is of no importance to them for as long as they are settled. “Bamu-bamu ni mo yo”. Once the foundation is bad, deceptive and structured to serve a narrow sect, the poor masses will be short-changed in perpetuity. For as long as Nigeria operates a questionable constitution it will take a sincere leadership with conscience at all tiers of government to deliver optimal benefits of democracy to the masses and make progress considerably as a nation or as a state.

Calling for a paradigm shift in the way party flag bearers emerge and how we are governed would involve a lot of commitment. The vision is to make Ekiti for an example the model state in the manner Chief Obafemi Awolowo and his team made old western region to standout in Nigeria. The targeted fresh perspective will associate with the successes of the remarkable past and present leaders or heroes. In essence, every good deed of the past and present administrations will be improved upon while those aspects that do not align with the new paradigm will be jettisoned. Past mistakes will be consciously avoided.

It would amount to self deceit/grandiose for any governor and the president in Nigeria today to say there is no room for improvement in the way our people have been governed and that there is no alternative to the status quo. Even after intervention by the paradigm shift movement, there will still be room for an improvement because we are dealing with the vagaries associated with humanity. What is fundamental is a sustainable leadership structure that will ensure manifestation of the desirable purposeful governance for the benefit of all, on a lasting note.

Just as the federal government of Nigeria needs a fundamental policy reset to durably exit economic crises and warped system, the state governments need to get real and rejig the way politics are played. The advocacy is to explore tested new plausible ways for governing our people. We cannot continue to do the same thing repeatedly and expect a different result. Recycling people with the status quo mindset in government will continue to set us back. Whoever truly means well for the people will associate with the Paradigm Shift Movement (PSM). It is worth giving fresh vista of opportunities a chance under a disciplined, more dynamic and honest leadership.

Ekitipanupo Indigenous Intellectual Roundtable was initiated for the best brains of Ekiti indigenes irrespective of their location, to be deployed optimally for the benefit of the state and Ekiti people. It was structured to think ahead and have intellectual input to the manifestos of the ruling political party. This for instance informed the blue print that was presented to Ekiti State government in December 2010.

Over the years, I have been called upon privately and publicly to run for the office of Governor in Ekiti-State by some well meaning indigenes. On a number of occasions, a few non-Ekiti associates who have been following my modest socio-political progressive activities all these years on Ekiti also prompted me along this line. My response had always been that I have at various times supported political aspirations of a number of people and stood by those who have governed Ekiti-State personally and through Ekitipanupo Forum. Let me see them through first. A good turn is expected to deserve another and wisdom demands that I should heed the call at the opportune time. In that, if it is not God’s time, you cannot force it; but when it is God’s time, you cannot stop it.

To some of my people, it is long overdue. I cannot see a better time than now for me to make myself more available to the service of Ekiti-State. It is an apt response to a collective call to duty. With all humility, by the grace of God I will be available in 2022 and leave the electorate to decide. In the words of Abraham Lincoln, “no man is good enough to govern another without the man’s consent.”

What I am humbly making myself available for is to unleash the potential, the imponderable goodwill, wide network and huge intellectual capacity of over 1,000 tested professionals in all works of life who constitute Ekitipanupo Forum. No political party parades the caliber of brilliant technocrats in Ekitipanupo Forum. In essence, the forum which is a microcosm of Ekiti-State will be put into optimal use to complement the government of the day with vast and tested integrated intellectual inputs. Ekitipanupo has capacity to provide advisory and consultancy service to Ekiti-State pro bono in virtually all sectors of the economy. I was involved in the Lagos Smart City Project sponsored by IBM in 2013, as a consultant through PYXERA Group. Indigenes shall be given top priority on professional services that they can provide at competitive rates.

Part of the PSM is to challenge every political party to allow a level playing ground for party flag bearers to emerge by playing down too much influence of money which often throws up the highest bidder. The implication of a corrupted process relegates to the background, competence, antecedents, relevant experience, character audit and verifiable inclination to the best practices; which tends to deprive the masses of good quality government. Because when the loyalty of a governor is first to the political godfather, then larger interest of the majority is secondary.

Political actors who treat Ekiti State as a “farm settlement” should not be encouraged. This category of people live outside the state, they come to play politics and go back to their preferred place of abode. Farm-settlement politicians are more likely to fleece the meager resources of the state. Let it be the other way round, by making Ekiti your home and any other place the farm settlement. The new order is to make the class of people who see Ekiti as their home-base to dominate our political space towards boosting Ekiti fortune and making the state to be better for it.

PSM is about departure from a system that has become one huge waste. An intervention of a purpose driven governance that will clear debris of deceit, duplicity, double dealing, lies and treachery. An administration that will be bold to check and demobilize politicians who have turned our politics into a hoax, a portal of guile and dissimulation. When one is made a leader or called upon to lead, it comes with responsibility to bring the best out of others. It is not just a matter of wearing a crown or parading the title of being called councilor, commissioner, honorable, governor, senator or president.

The PSM is about “servant-authority” whereby whoever emerges as the president, senator, governor or councilor will see himself or herself as the chief servant officer and not a tin-god! “The greatest among you will be your servant. For whoever exalts himself will be humbled, and whoever humbles himself will be exalted.” Mathew 23:11-12
Memory of Alhaji Lateef Jakande keeps resonating on the power of selflessness in government and Mother Theresa’s service to humanity at its best which earned her Nobel Prize. More than a president of any nation, any pope, state governor or chief executive officer of a multinational corporation, the virtuous woman in her simplicity had authority because she was a servant. She glorified God in her service to mankind.

Looking back, I associated with the electioneering campaign of the first civilian governor of Ekiti-State in 1999. His successor was at the 1st Ekiti Day, hosted on December 5th 2003 by a group which I co-initiated. After the anthem I composed was rendered, the governor was so impressed and pronounced it the first Ekiti State anthem. On March 6th 2005, the inspiration to convene an indigenous intellectual Roundtable manifested, Ekitipanupo Forum evolved.

Leadership is essentially about service, empowerment and inspiration and not about control, power and manipulation. Towards driving the paradigm shift to fruition, Atoke-ibe-rosi Strategy Group (ASG) has been constituted. The pioneers are reputable indigenes from over 60 Ekiti towns across all the local government areas, who have encouraged me over the years and believe in my ability, with all humility, to provide the required leadership. ASG is open to people of good character who can add value to the 2022 mission in Ekiti-State. The target is for every Ekiti community to be represented in the strategy group.

God may not call many to fame and fortune, but He calls everyone to serve faithfully with the given talents. If perchance, what we do earns us recognition, fame or affluence, let it be done to the glory of God. My prayer is that whatever my calling, my lot, my circumstances, and my divine given gifts, may God help me and grant me the grace to use all to serve my people and glorify our almighty creator. Here I am, send me (Isaiah 6:8) to lead the paradigm shift in a lasting purpose driven governance in Ekiti, come 2022, God being my helper.

…An essay dedicated to mark 16th anniversary of Ekitipanupo Forum on March 6th, 2021 by the convener, Seye Adetunmbi.