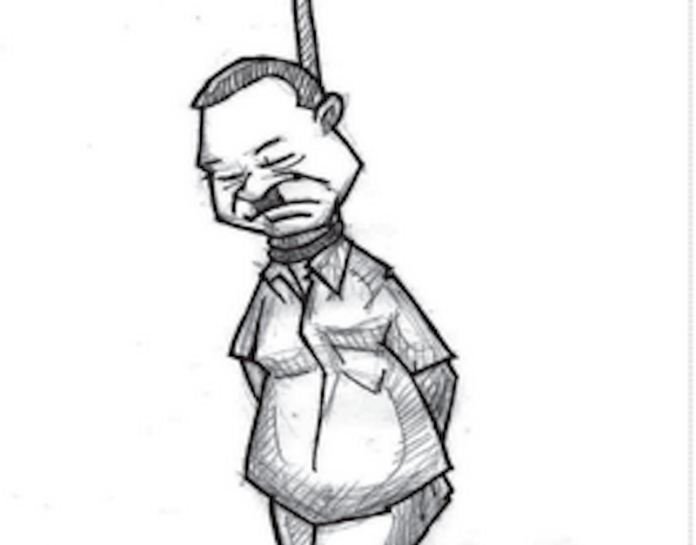 In what is fast becoming a recurring incidence, a promising young man was recently declared missing with the social media abuzz about his possible whereabouts. A few hours later, it was discovered that he had actually taken his own life. In the suicide note left behind, he wrote: “I have battled with depression for seven years, and now that battle is over. l couldn’t continue to live the way l did and make the same bad choices again. The noise got too loud but now the noise can stop again.” And then he added: “Like l have always said, ‘life is like a party, when you stop having fun, leave’. So it had to be today, a week after my birthday. Please pray for my soul. Pray that l finally find peace and rest. It’s all I ever wanted.”

That cases of suicide have moved from an occasional blip to a very disturbing trend in our country is no longer in doubt. And it is not restricted to any demographic group. While that should worry the authorities and critical stakeholders, there are many theories as to why some Nigerians now take their own lives with untreated depression as the most common factor. Medical practitioners under the aegis of the Society of Family Physicians of Nigeria, (SOFPON) have been raising concerns about the growing number of Nigerians living with depression, a major risk factor for suicide. To compound the challenge, most of the people suffering from depression in Nigeria don’t even know where to go which is why SOFPON recommends that medical practitioners who see various cases of ailment at the Primary Health Centres be trained on how to identify the symptoms. But there is also an urgent need for an awareness campaign on how and where those who suffer from depression could seek help.

While the authorities must begin to deal with this growing health emergency, there are also other reasons why people take their own lives and devastate members of their family and friends with shock. For instance, underlying mental disorders such as schizophrenia, excessive alcoholism, drug abusive play significant role in triggering suicidal thoughts are cases in point. Schizophrenia is a disease with a wide range of weird symptoms like hallucinations, inner voices, disordered thinking and irrational fears and “emotions that seem out of tune with reality”.

Today, the use of hard drugs like Indian hemp, cocaine and even methamphetamine are commonplace in the society. Indeed, drug abuse has become very prevalent across the country today and it is a social problem in many of the northern states. But it would appear that neither the society nor the critical agencies of government are paying attention to this malaise that also aid the feeling of emptiness that often leads to suicide.

However, given the socio-economic situation in the country, it is also obvious that many citizens are reaching their breaking points with the conclusion that they are better off dead. It is such situation of hopelessness that may account for the growing rise of suicide. There is enormous emotional and financial stress as well as pervading poverty and hopelessness everywhere. The plight of the under-privileged is steadily worsening as many go to bed with less than a survival diet. The unemployment crisis has created a lost generation of graduates who cannot find jobs. Yet it is an established fact that impoverished individuals are a major risk group for depression. And depression, according to experts, is the most common reason why people commit suicide.

There is therefore an urgent need for both the government and society to pay attention to medical challenges and socio-economic constraints that could trigger in people the urge to take their own lives.