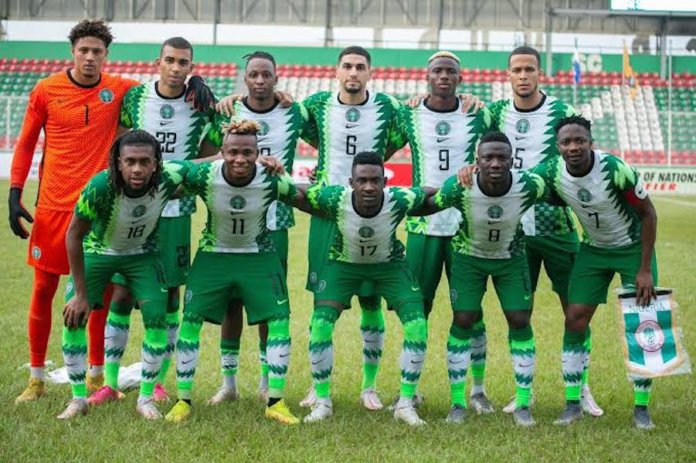 Musa has been club-less since he left Saudi Arabian side Al Nassr in October.

His attempt to join English Premier League side West Brom last month hit the rock when the club top management failed to endorse the contract after the Nigerian had completed medicals.

Surprisingly, the same Rohr who had previously announced that only players actively competing in the top flight would be involved in his squad, appears to have gone against his words.

“Musa has been keeping fit and we hope he can find a club soon,” Rohr had said last month.

Interestingly, in apparent reaction to clamour from the local press that players from the domestic league be included in the team, Rohr selected Enyimba goalkeeper, John Noble, in the 24-man squad to take on the Beninoise and Lesotho.

Despite threats from English Premier League teams not to release their African players due to the second and third waves of the pandemic, England-based sextet of Ola Aina of Fulham, Leicester City’s Wilfred Ndidi and Kelechi Iheanacho, Alex Iwobi of Everton, West Brom’s Semi Ajayi and Watford’s William Troost-Ekong, were listed in the squad for the qualifiers.

There is a maiden call-up for in-form striker Sadiq Umar who plays for Almeria in the Spanish second-tier, while top scorer in the Belgian league Paul Onuachu (with 25 goals) is on the standby list alongside experienced goalkeeper Daniel Akpeyi.

Joe Aribo and Leon Balogun, who have been crowned Scottish champions were also listed.

Rohr, who has steered Nigeria to qualifying for two major tournaments (2018 FIFA World Cup and 2019 Africa Cup of Nations) with a game to spare, countenance even better accomplishment this time, as the Eagles could earn a ticket to the finals in Cameroon before kick-off in Porto Novo, should Lesotho and Sierra Leone end their encounter in Maseru in a stalemate.

The result would be known before kick-off in Porto Novo.

Nigeria, top of the Group E log with eight points (one ahead of Benin Republic and five more than third-placed Sierra Leone), tackle the Squirrels away at the Stade Charles de Gaulle in Porto Novo on Saturday, 27th March and will lock horns with the Crocodiles of Lesotho at the Teslim Balogun Stadium, Lagos three days later. Both are the concluding games of the qualifying series.