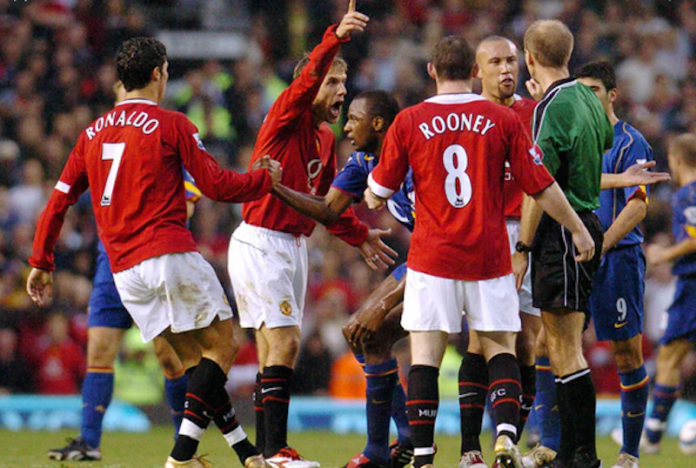 Though Pep Guardiola has insisted that Manchester City’s immediate focus is about the next opponent and not about setting new records, but his ambition of beating Bayern Munich’s 23-match winning streak is not lost on people and that ambition will face a big test as the Citizens welcome bitter rivals tomorrow. The Red Devils are 14 points adrift of the Citizens and a win by Ole Gunnar Solskjear side would not only reduce the gap between the two sides but keep United in the race for the title with 11 matches remaining. However, with the form of the Guardiola’s tutored side, a win for the Devils will definitely be a huge mountain to climb for the Devils while a loss would finally nail their title hopes

Manchester City head into tomorrow’s derby against Manchester United boasting a 14-point lead over their rivals at the top of the Premier League table.

Man City’s imperious 21-game winning streak across all competitions has seen them take full control of whatever remains of the title race, with United falling off the pace as goals have dried up for Ole Gunnar Solskjaer’s Red Devils.
United drew a blank at Chelsea and Crystal Palace to remain second, but are now looking over their shoulder at other top-four hopefuls rather than up towards City at a potential title challenge.

While a win for United would realistically do little to alter the destination of the League trophy, Solskjaer’s men need to start winning again to avoid being surprise casualties in the race for Champions League qualification.
As for City, Pep Guardiola will have more records in his sights, and there would be no better way to extend the streak than with a victory over their neighbours.

Meanwhile, Guardiola insists beating United on Sunday is his only focus despite his side closing in on the Premier League title as well as a record winning streak in Europe’s major leagues.
“Manchester United is the only care about now,” Guardiola said on BT Sport. “We are going to talk about the records and everything we have done in the league when it will be over, so now it is all about Manchester United.

“The champions are Liverpool. The crown belongs to them. We are in the best position right now to take them out, and we are going to try. We want to win it and then defend it for the whole of next season. Now it is about rest for everyone, especially mentally, because we do not have much time and next it is Man United at home.”
Indeed, Man City’s wing-back, Joao Cancelo says City are ready for Sunday’s vital Manchester Derby, a game he feels carries added significance.

He says he understands the magnitude of the fixture and believes City will play on the front foot and take the game to United.
“A derby is always important,” he said. “There is a big history behind the game and a big history around the city of Manchester. But we are City and, as always, we are going to try and win the game. We will do everything to win it and I believe our group is ready for what is coming.”
Cancelo admits he didn’t expect City to be in such a dominant position in the Premier League heading into Sunday’s game at the Etihad.

Our run of 15-consecutive Premier League wins has seen us move into a commanding position at the top of the table, 14 points ahead of second-placed United, having been as low as 11th at the end of November.
Indeed, it’s now 28 matches unbeaten in all competitions, which equals the Club record set under Pep Guardiola in 2017.
Cancelo says our dominance is the result of collective hard work across our first-team setup, which has resulted in a squad of platers unified in their desire to be successful.

“Honestly, I did not expect to arrive at the derby with the gap we have, but I believe it is from our hard work,” he said.
“All the credit to our players, staff, everyone who analyses the videos, the chefs who prepare our meals – everyone had a contribution towards our consecutive wins and our good form.

“The way we train, it is not a surprise. Anyone who sees our daily training sessions can see that this is normal.
“We are a very unified group of players, dedicated and always ready to help each other.

“This year we are showing what a great team we are, and we want to continue this way, is important for the competitions we are playing, to fight for each one of them.
City have scored 670 goals in 273 games under Pep Guardiola and we are very often defined by our remarkable goalscoring prowess.
But increasingly, our hard work off the ball is being recognised by people across the game.

Cancelo says our diligence out of possession is our secret weapon – and believes against teams like United, who are superb on the counter, it becomes an even more important aspect.
“The moment we lose the ball, we react very fast,” he said.
“Sometimes when I watch our videos, I can see the moment one of us loses possession, within seconds we have lots of players behind the ball.

“I believe that is the secret for a team’s success. We are a very integrated team and that has been visible on the pitch.
“United is a team that likes to counterattack. They have very talented and fast players upfront and it is vital that we stop their attacks, which is their strength.

“By doing that, we know we are closer to winning this game. In fact, not only this game but against every team.
“I believe this is the route we must follow, that we can continue this approach and we can bring a lot of success to our home this season.”
Meanwhile, Arsenal travel to Turf Moor to face Burnley today looking to make it back-to-back Premier League wins and three victories in a row across all competitions.

The Gunners slumped to a 1-0 defeat in the reverse fixture at the Emirates Stadium, though, and Burnley could now complete a league double over Arsenal for the first time since 1962-63.
After a buoyant end to February, progressing through to the next round of the Europa League in dramatic fashion before beating Leicester City last weekend, Arsenal will be looking to carry that form into a difficult-looking March schedule.

Mikel Arteta’s side must face top-four chasing London rivals Tottenham Hotspur and West Ham United in the top flight this month, in addition to a European double-header against Olympiacos, but they need only look to the reverse fixture in December for evidence that they cannot afford to overlook Saturday’s match either.
Arsenal will certainly arrive at Turf Moor in confident mood following their last two results, producing arguably their two most impressive wins of the season in those two games.

Whether that improvement comes in time for a late top-four push remains to be seen, but they have left themselves with a mountain to climb on that front and Europa League glory perhaps offers a more realistic route into next season’s Champions League at this stage of the campaign.
Arteta’s men have been beaten 11 times in the league this season – only in 2017-18 have they suffered more defeats in a 38-game Premier League campaign – and they have also failed to score in 10 league outings – one short of equalling an unwanted club record.

Sean Dyche’s men however have work to do if they are to keep themselves at arm’s length of danger, with only six points separating them from the relegation zone despite them losing just one of their last six top-flight outings.
Burnley have also only won once in their last eight games, but they picked up a ceditable 1-1 draw with Leicester on Wednesday evening to respond well to their heavy defeat at Tottenham Hotspur last weekend.
Wednesday’s result means that the Clarets have now drawn each of their last four home games and could set a new top-flight club record of five in a row if the spoils are shared again today.