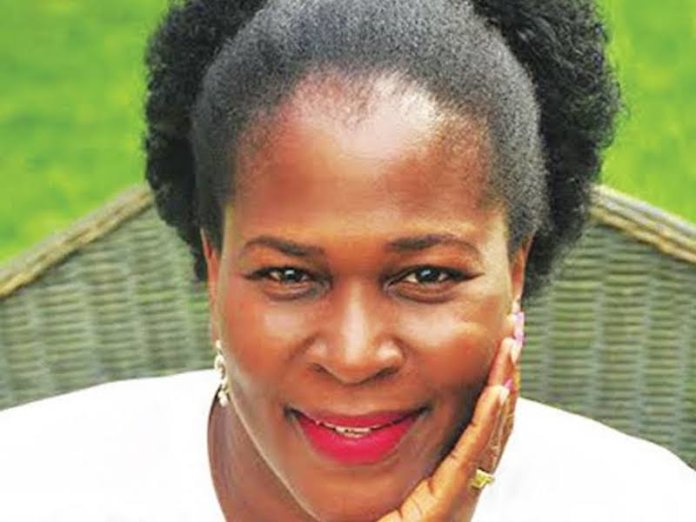 A leading literary torchbearer and Founder, Rainbow Foundation, Koko Kalango has lifted the veil off the new book “One Love” which chronicles the contribution of Jamaicans to the development of Nigeria. Yinka Olatunbosun reports.

‘One Love’ as a title sounds familiar to many fans of the Jamaican reggae music legend, Bob Marley. But more importantly, it has become synonymous with unity, diversity and sheer humanity. For the author with Nigerian-Jamaican parentage, Koko Kalango, the title best describes her latest literary offering, planned as a memento, to mark the golden jubilee of the establishment of diplomatic relations between Nigeria and Jamaica. ‘One Love’ captures the 174-year experience and is divided into three parts namely pre-amalgamation (1846-1914), amalgamation to independence (1915-1960) and independence to date (1961-2020).

Kalango’s book has made that part of history very interesting by unearthing the stories of Jamaican nationals whose sojourn to Nigeria had been influenced by business, marriages, missionary service, education, diplomatic relations amongst others. At the recent virtual launch of the book, the Nobel Laureate, Professor Wole Soyinka who was the Special Guest of Honour also described the book as a ‘most essential contribution to the literature of the African diaspora.’

“This book is not just a chronicle of people who left one country for another – it is more than that. This is a story of a stolen people who found their way back home, assimilated into the society they encountered on their return, and made impacts across all facets of the Nigerian society. To our Jamaican-Nigerians, we are honoured that life led you here and this book is a reminder,’’ the Vice President, Yemi Osinbajo said.

The virtual book launch also had special guest, Mr Esmond Reid, the Jamaican Ambassador to Nigeria. With review by Chibundu Onuzo, a foremost novelist and historian, no fewer than 155 participants joined in from Nigeria, Jamaica, US and the UK.

‘One Love’ explores how Jamaicans have contributed to Nigeria’s development in the fields of education, health, enterprise, media, religion and more. This legacy continues through the work of offspring of Jamaican descent. This book project considers the efforts of these men and women as invaluable and deserving of documentation; one that would enrich the records of both countries and strengthen the ties between them.

The author, Kalango was the Project Director UNESCO World Book Capital in 2014, a year-long project that saw Port Harcourt in global literary limelight. She has over three decades work experience across education, communication and administration. A weekly lifestyle columnist (Foot Prints renamed ‘Colours of Life’ in THISDAY Newspaper on Sundays), she founded the Rainbow Book Club in 2005 and kicked off the “Get Nigeria Reading Again” campaign to encourage reading for personal and national development. She organized the annual Port Harcourt Book Festival in 2008.