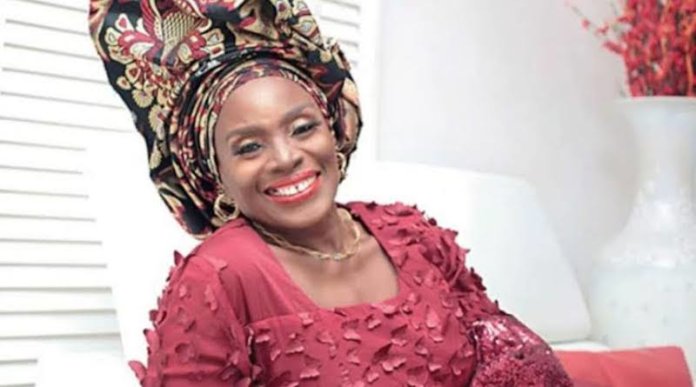 Through a year-long series of events to celebrate the life and illustrious career of the iconic actress and culture advocate, Taiwo Ajai-Lycett (MoN), the Committee for Relevant Art (CORA), will stage the first of its ARTHOUSE Forum in 2021 on Sunday, March 7 in a hybrid live and virtual format.

With the theme “Women- Now that the Glass has been Shattered: What Next?” the forum is the first in a series of four for the year. About the theme:

The theme is drawn from a comment from an extended interview that the CORA documentary team had with Ajai-Lycett, in which she duly acknowledged that many more women have since assumed important and critical offices and status in the Nigerian corporate and political space. She maintained that it is not clear what the next move is, whether to consolidate such positions and expand the reach or to use their attainment to lift other women, advance the cause of women in the polity, as well set a solid template for the redress of the various injustices done to the girl-child.

Produced in collaboration with the National Association of Nigerian Theatre Arts Practitioners (NANTAP), it will feature, among other activities,eminent women speakers, screening of a documentary film, “Taiwo Ajai-Lycett: Matriarch of The Act,” as well as musical performances, dance, drama and spoken word.

The veteran actress, art activist and culture advocate, whose career has spanned over six decades was 80 on February 3, but the rising second wave of the pandemic prevented the culture community, from holding an elaborate celebration for the artist whose exemplary life and career have remained inspirational to several generations of practicing artistes and culture producers.

The March 7 event also coincides with the World Women’s Day on March 8 as well as the International Women’s Month celebrations. Hence, the programmeis designed as an all-women event, from its planning to execution. Eight remarkable women leaders in the education and culture sectors would speak for 10 minutes each on eight areas central to Ajai-Lycett’s life and career. These areas include the Arts, Environment, Education, Mentorship, Communication, Administration, Empowerment and Culture Activism.

The ace culture production site, Freedom Park, Lagos Island will host the live event with limited number of guests while others will join by zoom, YouTube, Facebook and other social media platforms.

The CORA programme directorate has revealed thatthere will be a quarterly event staged in “Real-Tual” (Live and Virtual) in the 2021 season.

“Each of the events will focus on a particular aspect of the society where the celebrant has shown deep interest for almost six decades of engagement. The first session on March 7 is focusing on Culture and Education. The June edition will be on the public sector that is politics and governance, and the September on family andvalues re-orientation. The final event, which will be the finale will be staged during the CORA prime project, the Lagos Book and Art Festival (LABAF) and this will bring together the various strands of the other three phases,” stated Jahman Anikulapo, culture activist.
Full Covid-19 protocols as well as the Lagos State Government guidelines about non-medical guidelines to be strictly observed.