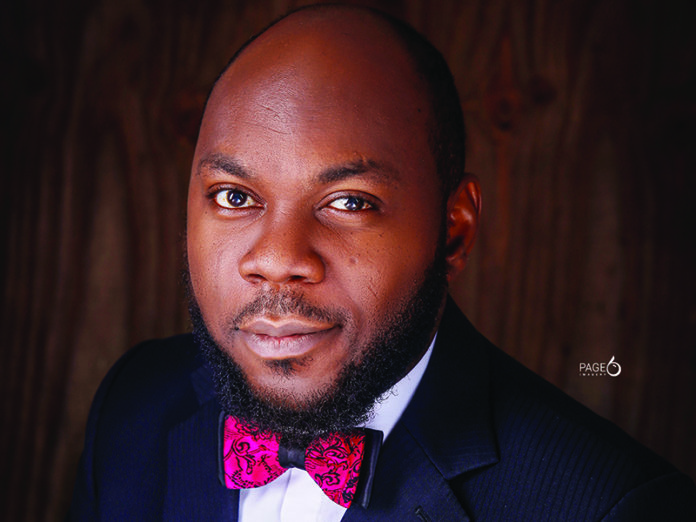 KAYODE ADENIJI
In this interview, Senior Partner at the law firm, Lawracles LP, Kayode Adeniji, discusses good governance in Nigeria, and his article on The Cable that exposed the administration of President Muhammadu Buhari’s smuggling of the NGO and religious bill into the controversial Companies and Allied Matters Act (CAMA) of 2020. Ojo Maduekwe presents the excerpts:

Sometimes last year, the NBA was thrust into a dilemma when it invited and had to dis-invite the Kaduna state Governor, Nasir el-Rufai, from attending its event. There were arguments not to give El-Rufai a platform to push some of his policies deemed controversial and a counterargument that argued the usefulness of using the platform to question him on those policies. In retrospect, how do you see the NBA’s decision?

I am too impatient to talk about any political figure in Nigeria. Ask me questions bordering on national issues and solutions. I stopped listening to what most politicians have to say about anything. For example, if you stopped listening to news and political programmes in 1999, you wouldn’t have missed anything. It is the same drama, the same issues of bloodshed, violence, incompetence, looting, political scheming, yet no outstanding personality and development.

Our leaders pride themselves as political strategists, yet they can’t use that skill to transform anything. If Kaduna or Kano cannot be talking about competing with Dubai, Oman, Abu Dhabi, and Lagos competing with Singapore or Hong Kong and Anambra with China or Taiwan, we should not waste our time and lives listening to any governor or politician. You will just be watching people explaining failure. Life is too short to be listening to most Nigerian leaders. If you are doing a good job, it will show. You don’t need to talk about it. It is a shame that we are not talking about development but blood-letting and murder; and anarchy.

The Companies and Allied Matters Act (CAMA), is one of the most controversial bills to have ever been passed into law by President Muhammadu Buhari. What part of the act will you say remains the most contentious?
Part F of CAMA 2020 remains the most controversial. I was so excited to read about the act’s reforms until I saw Part F, which contains provisions for regulating NGOs. Initially, I was sceptical about whether I was reading the correct copy. I double-checked before writing the legal opinion that set the media on fire. It is controversial because religion was muddled up with business, innovation, entrepreneurship, and industry. It is my view that if all Nigerian professionals and consultants to the government have that sense of urgency to see the emergence of Nigeria as a developed nation in our lifetime, our approach to law and regulation will be different. It is controversial because CAC, as a regulatory body, lacks the capacity and leadership required to implement the law in line with global standards efficiently.

Mistrust based on religion appears to be why there are supporters and opposition to the CAMA. What would you say informed your opposition to the law?
What informed my position was, and is, that CAC as a body lacks the capacity to implement the law excellently. Regulation of companies is already cumbersome; to add NGOs and religious organisations in line with Sec 839 will create anarchy. Those who oppose my position are of the view that I am an advocate of the church. I agree there are bad eggs within the church and various NGOs, but you will agree that people find solace in the spiritual when the government fails. A government that is unaccountable to its citizens has no moral authority to regulate acts of kindness.

Also, the best private universities in this nation are leading in various national and international rankings. They are far ahead of most government universities established pre-independence. Private organisations are doing better than government organisations. If the government is passionate about developing Nigeria, it should seek mentorship from the church. The fact speaks for itself, and only fools doubt proofs. Government officials are looting taxpayers’ monies without any consequences. The government is now seeking to regulate free-will offerings. This will generate unnecessary tension. I have been justified.

In your opinion piece published on TheCable, you wrote that the NGOs and religious organisations bill was smuggled into CAMA. A contrary argument is that how could there have been smuggling since there was a public hearing for CAMA?
I agreed that the church in Nigeria lacks foresight and is always reactive. Most of the lawyers in their legal departments do nothing but draft real estate agreements and look for ways to collect their cuts from property transactions. So I agree the oblivion of the church to legislative processes is not the fault of the government. However, the intendment of Section 839 is similar to what the Financial Reporting Council was going to implement in 2017. There were far-reaching provisions in Part F that required wide consultation beyond the mundane public hearings organised. It is a major boiling point, with the effect of triggering religious tension.

Most of the reviews by professionals, immediately after the law was passed on 7 August, touched all the parts in the law except Part F. It was our legal review that opened the eyes of Nigerians to the enormity of that provision. I believe Nigeria was rescued from the brink of anarchy by various ambiguities in Part F of CAMA 2020. The internet never forgets. Go back and check the robust and deep engagements Nigerians had on social media on Section 839 of the CAMA law. Check the articles and the webinars. Now, compare those engagements with the ones that were said to have occurred during the public hearings. Or we can call for the record of the public hearings if you don’t mind?

Regulating NGOs remains a growing concern. Some individuals continue to profit off an organisational structure that is supposed to be non-profit. Agreed, the CAMA is full of discrepancies; how best do we regulate NGOs without infringing on their rights?
I had always maintained that you don’t need corporate sponsorship to touch one life. I founded an NGO at the age of 15, which has touched hundreds of lives. We registered it recently. Any government interested in regulating NGOs must lead by example. When there is accountability in government, it would be so easy for people to submit to regulation. The best way is to limit regulation to financial reporting for now. With the passage of time and hope that public governance improves, we can drill down to finer details of NGOs’ regulation.

The religiously tense atmosphere that Nigeria finds itself makes it difficult for anyone not to see national issues from the prism of religion and ethnicity. As a lawyer whose stock in trade is facts, how do you stick to the facts during an argument?
I only argue in court. Outside the court, I embark on a mental reorientation of my listeners. Quote me anywhere: about 95 percent of Nigerians need mental reorientation, including professionals and political leaders. So who will you argue with? What will I argue about? On personality or on developmental issues?

You were lead counsel in the landmark case between Megawatts vs Gbagada Phase II Residents Association. This case affects community development associations across Lagos. What is the status of the case? Did the Gbagada CDA obey the court judgment, or are they still taxing Megawatts tolls each time the company’s truck enters the community?

Where there is a final judgment of a court of competent jurisdiction, no one is permitted to disobey the orders. Prominent people are living in the estate, who are illustrious citizens of Lagos state. I cannot imagine the residents disobeying a court order. That would be an abomination and anarchy. One thing is very clear, and that is the fact that it is no more business as usual. Residents should pay for services they enjoy, not paying estimated billing from the excos of residents’ association. The middle class is stretched and stressed; we shouldn’t crush them. It is my considered view that the cost of living in an estate should have arithmetical justification, and if a service is not enjoyed, a resident is not bound to pay for it.