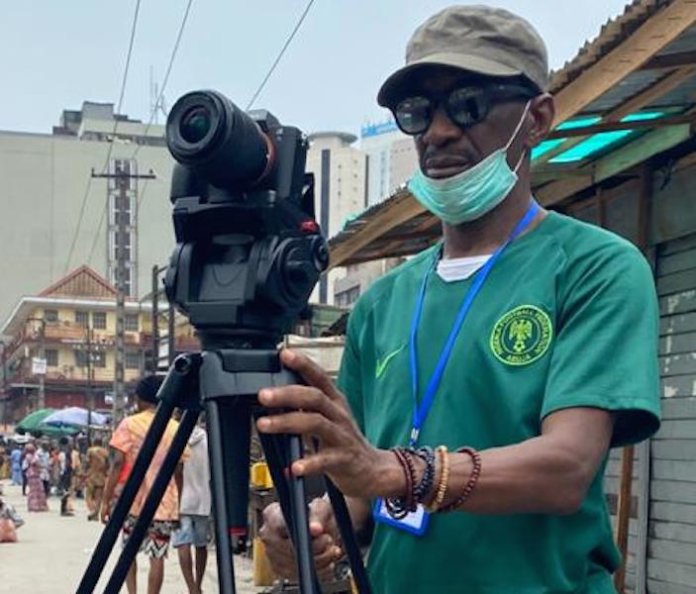 How the pandemic impacted and affected lives in Lagos state is the focus of a new documentary by Collins Akpapunam, the helmsman of Efizzi Group of Companies.

Titled ‘A Lasgidi Story,’ the idea was conceptualised shortly after Nigeria recorded its index case of COVID-19 in Lagos.

Like the good storyteller he is, Akpapunam, a music video and TV commercial director, assembled a film crew to chronicle the story of Lagosians who were unfamiliar with the novel COVID-19 induced lockdown.

“The initial idea was to document the progression of the virus in third world country such as ours and how the country was going to manage the crisis, as it wasn’t at a pandemic stage at the time, but from media reports from all over the world, I figured it was only a matter of time before it will get out of hands, therefore decided to approach it from a storytelling and narration point of view,” said Akpapunam.

The capriciousness of the virus gave room for conspiracy theories such as the Bill Gates ‘microchip’ theory but the projection by the World Health Organisation (WHO) on the devastating effects the virus will have on Africa by extension Nigeria with its population fascinated Akpapunam more.

The director found himself examining the different ways Nigerians were obeying the social distancing rules during the lockdown period. He took a step further by going into the slums of Lagos to capture firsthand the coping skills acquired by these highly vulnerable folks whom WHO had predicted will be consumed in the virus tsunami.

“Once we started filming, ‘A Lasgidi Story’ took a life of its own with real-life experiences shared by folks from different strata of the society; from everyday folks to frontline workers, survivors and stakeholders in the fight to contain the deadly virus that has now been brought under control due to the success of vaccines.”

The result is a one-hour expository documentary on the effects of COVID-19 on one of the fastest-growing cities in the world and covers multiple themes.

The documentary is set to premiere at a movie theatre, a first of its kind. The premiere is scheduled for Easter Sunday, April 4 at EbonyLife Place Cinema and will have a limited number of guests in attendance.

Akpapunam is also in distribution talks with Quiver digital, aggregators for Netflix and other digital platforms.