The Governor of Bauchi State, Senator Bala Mohammed, has cautioned herders against carrying weapons such as AK-47 rifles.

Mohammed, who made the appeal yesterday at the annual livestock vaccination campaign, also urged the herders to fish out the criminals among them.

The governor has been receiving backlash after defending herders who carry rifles.

He had argued that because the Fulani man has been exposed to the vagaries of the forest, including cattle rustlers who kill him, he has no option than to carry AK-47.

The comment was heavily criticised by many Nigerians, including Governor Samuel Ortom, of Benue State, who accused him of being part of the terrorist organisation terrorising Nigeria.

Ortom had also accused him of being part of the plot to assassinate him.

But at the vaccination campaign held at the Galambi cattle ranch in the state capital, Mohammed advised herders not to misinterprete his comment, adding that he spoke figuratively.

“Please, don’t carry the AK-47 that I made a figurative allusion to. Try to make sure that you remain peaceful,” the governor said.

He, insisted that he has no apologies for those profiling Fulani as killers, adding that no tribe is devoid of criminals.

“We kicked against the profiling of the Fulanis as killers and kidnappers. We have no apology for what we have said, because what we have done is to say the truth — that there is no tribe or ethnic group that is free from criminality,” Mohammed said.

“We are not saying that to spite anybody or spark unnecessary controversy. We have made our point and Nigerians across the board have discussed it, and I am happy to say that from all indications, the majority of sensible Nigerians have appreciated what we have said and that is the point.

“What I will do, I will not say it here, but I will do everything possible to make sure I protect you and lend support to you, because I know you mean well.” 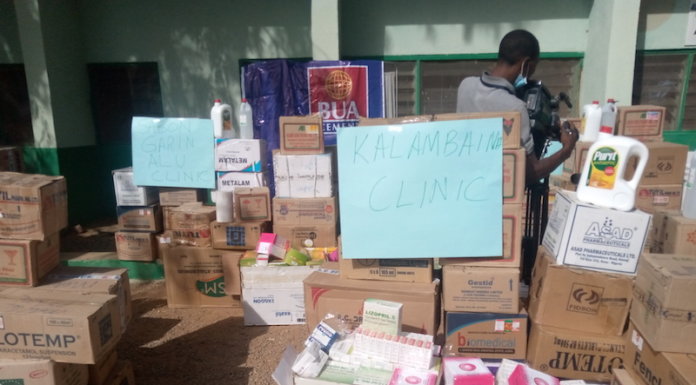