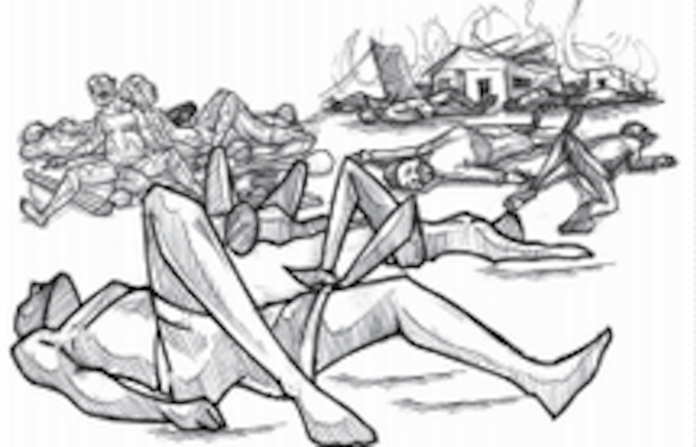 The authorities should act decisively to end the scourge of criminality

Worried by the growing violence and deadly ethnic clashes across the country, former Head of State, General Abdulsalami Abubakar last week raised the alarm that Nigeria was hurtling down the slope. “It is true that we are all in a state of fear and collective anxiety,” said Abubakar who is Chairman of the National Peace Committee. That ethnic clashes are exacerbating the challenges of insurgency, banditry and armed robbery already suffocating the country is no longer in doubt. The fear is that the situation could degenerate into anarchy.

Abubakar’s latest warning was prompted by the violent clashes between some Hausa and Yoruba traders at the Shasha market in Ibadan, Oyo State that almost shattered harmonious relations cultivated over the decades. It was a little misunderstanding between a cobbler and a cart pusher that resulted in the mayhem with many houses, shops and business premises reduced to rubbles. The crisis was serious enough to attract soldiers and amoured personnel carriers while the Nigeria Governors’ Forum mandated four of its members to visit the scene to help calm frayed nerves. “For decades, traders from the North have done business with their brothers from the Southwest and they have lived in peace and even inter-married,” said Vice President Yemi Osinbajo.

Sadly, the Ibadan clashes came at a time of increased tensions between herdsmen and farmers across the country. Some states in the Southwest have seen a surge in inter-community conflicts in recent months between farmers and herders over cattle grazing and general banditry. Some of the herders were accused of outright impunity – killing, kidnapping and raping women on their farms. But the growing criminality cannot be blamed only on herders. Indeed, Nigeria has witnessed increased cases of insecurity and inter-ethnic clashes in recent times. But the nationwide farmers-herdsmen crisis has sharpened ethnic and religious tensions and increased political polarisation across the country.

According to Amnesty International, violent clashes over land and resources killed more than 2,000 people in 2018. A combination of climate change and insurgency in the Northeast is forcing some herders to move southwards, bringing them in close contact with farmers and raising tensions due to resource scarcity. Benue, the bread basket of the nation, for instance, is badly hit, resulting in the loss of many innocent lives and the displacement of many thousands. The state is still nursing its bruises. In the last few days, the Governors of Benue State Samuel Ortom and his Bauchi State colleague, Bala Mohammed have engaged one another in a shouting bout over the activities of the herders.

Last week, President Muhammadu Buhari called for unity, urging religious and community leaders to work together. He warned against using ethnicity for political leverage. However, some regional leaders have accused the president of not acting decisively to address the herdsmen menace. Some of the utterances of the administration are at best stoking up ethnic flames.

The failure of the government to deploy effective security and law enforcement action against these criminals has created a dangerous vacuum that is increasingly filled by self-defence measures by several communities across the nation. We have consistently urged the government to shun discriminatory policies that helped fuel ethnic tensions and treat inter-communal violence as a criminal, rather than political, problem. “Nigerian authorities can and should take urgent steps to ensure that the perpetrators of communal violence, including mass murder, are investigated and prosecuted, and that victims are provided restitution or compensation for their enormous losses,” said Human Rights Watch.

President Buhari should act decisively to end the scourge of criminality. The Ibadan incident must be investigated and the criminals brought to justice. The consequences of inaction are grave.