Rotary Club  to Tackle Open Defecation in Lagos 11 mins ago 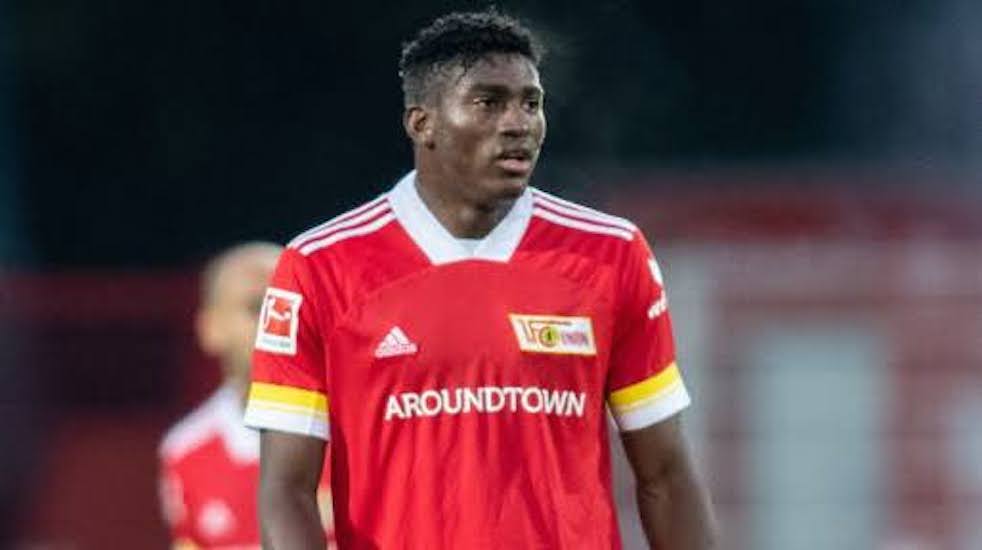 Union Berlin have confirmed Liverpool loanee, Taiwo Awoniyi, will miss their upcoming Bundesliga games due to a thigh injury.

Awoniyi was dropped from Union Berlin’s last matchday squad against Freiburg due to the setback and medical examinations have revealed he damaged a muscle in his left thigh.

Yesterday’s update might come as a blow for the Iron Ones as the 23-year-old remains their second top scorer this season, behind Max Kruse (six goals).

Following his loan signing from Liverpool in September, Awoniyi established his presence in Urs Fischer’s squad with a contribution of five goals in 19 Bundesliga appearances.

“FC Union Berlin will be without Taiwo Awoniyi for the coming games due to injury,” the club statement read.

“After detailed examinations, the Nigerian striker was found to have a muscle injury to his left thigh. Urs Fischer will need to pick his squad without him for the foreseeable future.”

Apart from Awoniyi, Anthony Ujah is the other Nigerian player in Urs Fischer’s team but the 30-year-old is also on the sidelines recovering from a knee injury.

Ujah is yet to play a competitive match this season and he has been out of action since last July.

After ending their five-game winless run with a 1-0 win over Freiburg on Saturday, Union Berlin will be hoping to secure another win when they host Hoffenheim for their next Bundesliga match on Sunday.

They are seventh in the league table with 33 points after 22 games – three points adrift of a European spot.