Benue Expresses Sadness over Death of Veteran Journalist 23 mins ago 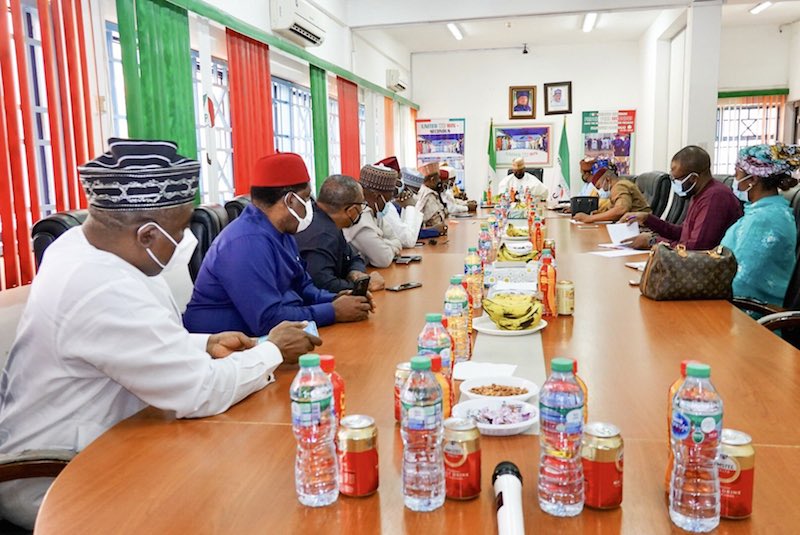 The Peoples Democratic Party (PDP) says as part of efforts to reposition the party ahead of the 2023 general election, the Senator Bukola Saraki reconciliation and strategy committee has recorded huge successes in the resolution of grievances and reuniting of critical tendencies in the party. This comes as the National Working Committee (NWC) of PDP yesterday approved the conduct of its zonal congresses in the six geo-political zones on March 6.

In continuation of its work, the Saraki committee has waded into the face-off between Rivers State Governor Nyson Wike and his Cross River State counterpart, Senator Ben Ayade. Also, friends of National Chairman of the PDP, Uche Secondus, have intervened to try to resolve the rift between him and Wike, appealing to both camps to sheathe their swords in the overall interest of the party.

A party source, who disclosed the developments, said, “The chairman of the committee and other members have made crucial interventions to douse tension in various circles in the party. For example, Saraki had hosted a reconciliation meeting between Governor Wike and Ayade of Rivers and Cross River, respectively.”
Another source privy to the face-off between Wike and Secobdus said friends of both leaders had intervened to settle their feud.

The source said, “Both Secondus and Wike were invited to a meeting, which they both honoured, and I can assure you that the perceived misunderstanding is over in the interest of the party ”
The meeting took place in Port Harcourt, the source said.
The Saraki committee has equally settled the rift between the warring factions in Imo State following the Supreme Court’s removal of Hon. Emeka Ihedioha as governor of the state.

On the eve of the committee’s inauguration on December 1 last year, the members had after series of separate meetings in Abuja with the feuding groups in Plateau State, moved to Jos, where it had a joint meeting with the Senator Jeremiah Useni and Jonah Jang groups. The effort was to unite them to work together on the senatorial bye-election in Plateau State. Though, the party lost the election, the efforts succeeded extensively in restoring political relationships in the state.
In Imo State, the source said the committee, last Thursday, after a meeting with the Board of Trustees (BOT), received the report of a sub-committee set up on the crisis in the state chapter, jointly headed by Rt. Hon Austin Opara and Senator MAO Ohunabunwa. The report, which the committee had deliberated, upon showed that the lingering crisis in the state might be resolved soon.

The source stated, “Aggrieved members, who had cases in court have agreed to withdraw them.” It added that others had chosen to move forward, forget the past, and work together to reclaim a state, which is traditionally a PDP state.
“In all, the PDP Reconciliation committee is set to reposition the party and stop the haemorrhaging being caused by the APC, which seeks to use the news of defection from PDP to the APC as a smokescreen for the serious division in its own rank,” the source stated.

THISDAY gathered that the Saraki committee was billed to meet some of the founding members and national chairmen, like Alhaji Bamanga Tukur, Dr. Ahmad Ali, and former President Olusegun Obasanjo, soon. It had last week held a meeting behind closed doors with former President Good luck Jonathan at his residence in Abuja
As part of the on-going peace effort in the party, the NWC yesterday approved the conduct of its zonal congresses in the six geo-political zones on Saturday, March 6. The party said the deadline for the submission of nomination forms, including forms for aspirants for National Ex-Officio, was February 25. According to a statement by National Publicity Secretary Kola Ologbondiyan, forms are to be submitted to the Directorate of Mobilisation and Organisation.
The party charged its leaders, members, and supporters to continue to work hard to rescue the country from its current misrule.