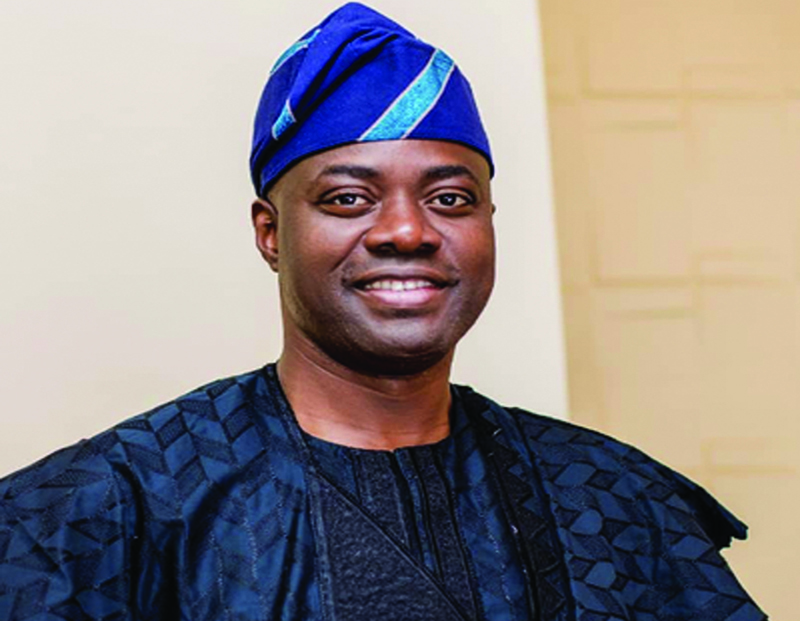 In the Nigeria political sphere, governor’s office has become an attraction so much that everyone particularly those who nature has blessed with some billions of naira, suddenly appear from nowhere with aspiration to lead their states, oblivious of daunting tasks involve. However, many have got away with this anomaly, as there are no express or implied constitutional provisions compelling anyone on the need to have held one important and visible office or the other – Senator, Parliamentarian or even Deputy Governor, before aspiring to lead as governor. This constitutional deficiency accounts for the major reason why there is always maddening crowd of aspirants hustling to be governor of states across the federation.

But, it’s important to stress that governor’s office is meant for tested and trusted administrators who might have distinguished themselves in other lesser offices. The job is for an accomplished and resourceful personality who is reasonably vast in the political dynamics of the state, as well as conversant with the set-up, citizenry, traditions, cultures and norms of the people of the state he intends to lead. As a matter of fact, it’s compelling that an aspirant must have been familiar with the political class, political blocs, leaders of thoughts and other major stakeholders prior to his ascendancy. It’s also important that a would-be governor must have been in familiarity with the notable traditional rulers so that his job becomes easier when he eventually emerges. Most importantly, governorship aspirant ought to have reasonable knowledge of the major pillars in the state-education, agriculture, economy, infrastructure, as well as security architecture. Does Governor Seyi Makinde fulfil all these? The answer is No! The governor has never in his existence had anything to do with public office. Besides few political leaders he’s compelled by family bond to interact with, within Ibadan metropolis, Makinde’s interaction with political leaders, political blocs, leaders of thoughts and other stakeholders across the state prior to his emergence as governor was almost non-existent.

Of course, his capacity then, to interact and connect with traditional rulers was quite limited. Obviously, he’s also not accustomed to happenings in the economy, development in agricultures, education, etc., before his assumption of office. And because he’s not deeply rooted in the political dynamics of the state, his knowledge of security intelligentsia, particularly those widely acknowledged troubled spots is very limited. This is why it was easier for Sunday Igboho to hijack rein of governance from him to unleash mayhem in Igangan, Ibarapa area of the state teaching the herdsmen and their royal father unforgettable lessons. Sadly, it was reported that the governor had comprehensive knowledge report ahead of Igboho warring adventure to the troubled area, yet, he couldn’t arrest the situation. The same reason accounted for the pandemonium that engulfed Shasha market in Akinyele local government area, right there under his nose. What’s the genesis of the avoidable mayhem? A cart pusher and shoe cobbler had misunderstanding and in a twinkle of an eye, the situation degenerated to the extent that houses were raised, with several lives lost, as the area was completely turned to war zone.

As we speak, the Inspector General of Police has deployed high powered security team to restore normalcy and orderliness, as well as taking complete charge in the area. Meanwhile, seven northern governors, sensing danger have visited purposely to preach message of peace and unity. We however pray that Shasha spectacle would be the end of the human carnage and property destruction in the state. It’s important to note that since the governor assumed office, there have been pockets of violence across the state; the government only deploys the tool of information management each time to subdue and manage the situations in order not to situate the state continually in the eye of storm. It’s also instructive to note that, besides the political upheaval that the state often experiences during the elections, Oyo State is particularly not noted for this type of continual and endless violence. The insecurity challenge pervading the state is therefore mainly traceable to failure in governance and dereliction of duty on the part of the governor. No iota of doubt, the governor appears to have lost control of governance in the state. Curiously, this is the same Makinde who has developed penchant for criss-crossing Niger Delta Region-Bayelsa, Delta, Rivers, Cross River States, on regular basis attending needless and unproductive political meetings essentially aimed at conferring leadership of PDP in South west on him, thus constantly abandoning his primary responsibility of effective, responsible and responsive governance of the state.

This writer had previously submitted couple of times in Newspapers and social media that Governor Makinde administers Oyo State with levity and so much contempt, a development not unconnected with the ways and manner the governorship mandate was placed on his laps. This is a man who ordinarily would labor to win a House of Reps slot and now suddenly found himself as the leader of the entire state. The whole APC must therefore stop crying over spilt milk, as they all collaborated to deliver the mandate to him on the platter of gold. This is the reason why he continually treats the affairs of the state with utter disdain and impunity. He wouldn’t listen to the words of wisdom from traditional rulers and elders of the state. He would discard wise counsels and advice from his predecessors. Recently, Otunba Adebayo Alao-Akala implored him on the need to consider constituting elders committee that would comprise past governors and other eminent personalities in the state to always support, advise and provide guidance for him on the affairs of the state, especially in the areas of security and economy, but, it’s clear the governor has made up his mind to run a one-man show.

There is no better time than now for the APC family to admit their past mistakes, take the bull by the horns and work assiduously to put Makinde and PDP where they rightly belong in the state. It’s most assured that there is no way the governor would come back if we regroup and put our house in order. Regrouping would demand total commitments, sincerity and sacrifice of all stakeholders. Historically, Oyo State is a political fortress of the progressives and so would it be for a very long time. It should therefore be in our consciousness that PDP government in the state is an aberration that all stakeholders must play their respective parts to dislodge come 2023. Finally, I need to passionately appeal to the party leaders in the state – Chief Niyi Akintola (SAN), Otunba Alao-Akala, Senators Teslim Folarin, Soji Akanbi and Joseph Tegbe, etc., on the need to sheath their swords and sincerely collaborate to usher in a new era for the state come 2023.
––Kola Amzat, FCA, Lagos