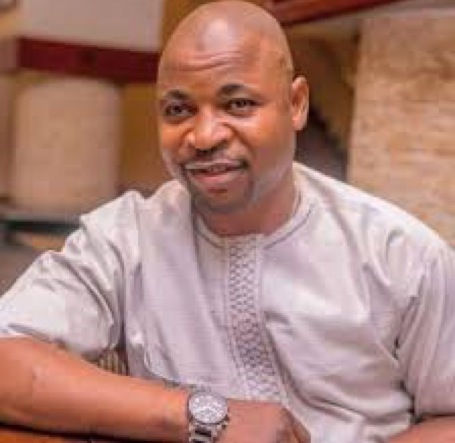 In Lagos and several other urban and semi-urban Nigerian areas, bus conductors are a source of respite or repugnance (most times, a cocktail of both). But the general — although unspoken — consensus is that such loudmouths might never amount to anything. But one from such humble beginnings has emerged, and his momentum has sparked off wave after wave of astonishment.

The toast of soirées and galas, billionaire businessman, and chairman of the National Union of Road Transport Workers (NURTW), Musiliu Ayinde Akinsanya (better known as MC Oluomo) is a study in happy contrasts: stylish but simple, renowned but reachable, at the peak of affluence and influence, and yet risen from the gutters.

There was a time when MC Oluomo was simply one of those conductors in Oshodi, the well-known hustlers’ suburb in Lagos. But ambition, given certain conditions, is its own pinion—and that is how a bus boy rode the storms of life to become a well-known member of Nigerian society and is almost as highly ranked as royalties, accomplished political figures, and other ups-and-ups.

Oluomo’s emergence as NURTW chairman is still thought of in many quarters as the icing on the cake. This is because although Oluomo rose to the position in 2020 (and will remain chairman until 2024), the man had already begun to get honourable mentions in newspaper headlines. Moreover, the nickname ‘Oluomo’, which loosely translates to ‘son of the communities,’ was already conferred on him by several recognised monarchs — so the NURTW apex position only garnished his game.

Today, MC Oluomo is almost a household name, a potential aspirant for the Lagos State House of Representatives, and a character whose influence spans across the whole of Lagos.

With Oluomo, it is what it is: from grass to grace, thanks to an ambitious heart, an affable presence that even kings cannot repudiate, and thick connections to the root of decision-making in Lagos and the rest of the South-west.