Five Days After, Kagara Students, Others Still in Bandits’ Captivity 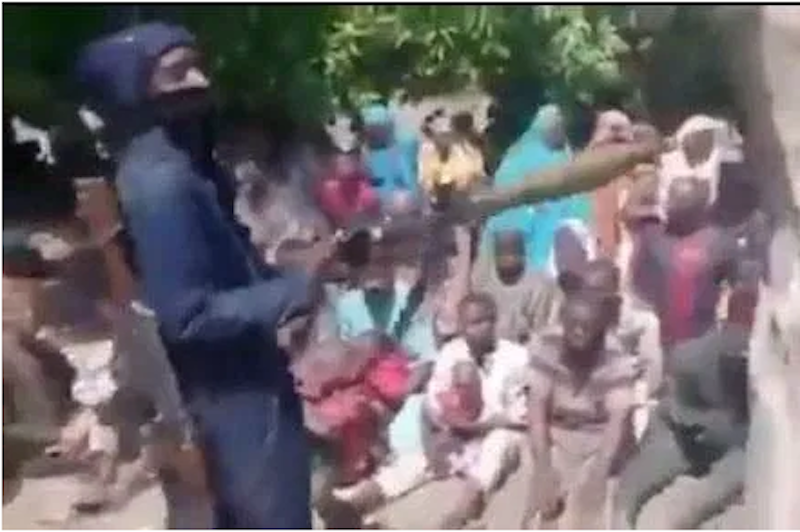 •FG: We won’t pay any ransom
•Gumi denies being part of negotiations to free victims

Olawale Ajimotokan in Abuja, John Shiklam in Kaduna and Laleye Dipo in Minna

Despite speculations, which went viral about possible negotiations to free the abducted students of Government Science College, Kagara, in Niger State, the 27 schoolboys, 15 members of staff of the school, and their family members are still in captivity five days after the raid.

Besides, some 40 travellers, who were kidnapped eight days ago at Kundu village in Rafi Local Government Area of the state, remain with their captors, though 10 of them were released last week.
This is as the federal government vowed never to pay ransom to the bandits to secure the release of the victims. The government said at no time did it consider the option of paying ransom to the bandits to secure the freedom of the persons abducted from the boarding school on Wednesday.

In a related development, a popular Islamic cleric, Sheikh Ahmed Gumi, who met some of the bandits last week and advocated “blanket amnesty” for them, has denied involvement in any negotiations for the release of the kidnapped persons.
THISDAY was reliably informed last night that kidnappers of the students, their tutors, and family members had so far not demanded any ransom in the negotiations for their release, contrary to earlier reports.

But the bandits have asked for N500 million before the release of the remaining passengers seized from the Niger State Transport Authority (NSTA) vehicle. The refusal to release the kidnapped persons is being interpreted to mean that the dialogue between the bandits and the state government might have collapsed as a result of the huge ransom being demanded. This assumption was probably given fillip by Governor Abubakar Bello of Niger State, when he opposed giving ransom to the bandits because, according to him, they end up spending the money on the purchase of arms and ammunition used to terrorise the people.

But Minister of Information and Culture, Alhaji Lai Mohammed, who featured on a breakfast television programme yesterday, hinted that the government would not pay any ransom to the bandits. Insisting that the federal government would not tolerate criminality in any form, Mohammed said the authorities were considering kinetic and non-kinetic measures to secure the release of the Kagara victims. Though, he said invitation to engage the bandits was on the cards.

The minister said the government was keeping the overall strategy under wraps, and stressed that it was duty-bound to look at the underlining causes of the criminalities raging in some parts of the country in order to address them.

Mohammed stated, “Bandits all over the world work with the psychology of people. Deliberately, they target women and children, because this is what will attract a lot of global outcry. That is exactly what bandits do all over the world.
“The government has put in place, all along, various strategies to contain banditry, to fight insurgency, to fight kidnapping. Some of these measures are kinetic; some are not kinetic. We didn’t get here overnight and that is why it is difficult to get out one day.”

The minister was detailed to Niger State along with his colleagues from the Ministries of Police Affairs and Interior, the Inspector General of Police, and the National Security Adviser, to get first-hand information on the abduction of the Kagara schoolboys. He assured the public that the government was on top of the matter.

Meanwhile, Sheikh Gumi, who has denied involvement in any negotiation for the release of the abducted students, told THISDAY in a telephone interview that he went to Niger State on a peace mission with some leaders of the bandits and had nothing to do with the abductions in the state. He said the meeting with some of the bandits’ leaders had been scheduled before the two kidnapping incidents happened.
Gumi said, “I am not part of any negotiations. We just met some of these militants (in Niger State), trying to dissuade them from their militancy.”

From his own observation and what he was told by one of the Fulani elders, Gumi said, “Those groups we met may be having problems with a splinter group.” He said his peace mission had been scheduled more than one week ago.
“This is just a postulation, not confirmed, maybe some splinter groups want to show their rejection of peace, that is why they did it. The people I met with are not the ones who abducted the students, but they said they knew the group that abducted the bus,” he explained.

Asked why he did not attempt to intervene to ensure the release of the students, Gumi said, “We did, the overall commander of the group we met, promised that he would investigate those who abducted the children and get them released.
“You know, you are dealing with groups of militants with warlords, not one, and they have formed an alliance, because they are operating within the same area. So now, the biggest one said let’s sit down and speak peace. There can be some few who did not hear about the call for peace or some splinter groups that don’t want peace.

Gumi said his peace mission was targeted at the leaders of the bandits in Zamfara, Katsina and Niger states, stressing, “We were following the big militants to see how to pacify them. We were in Zamfara; we heard there is another one (leader of bandits) in Niger. There are even some still in Zamfara.

“We will go back to them and maybe in Katsina, there is a warlord. We are trying to see if we can pacify them. So, this, the abductions in Niger State, happened as a surprise to us too.”
Reacting to reports that the bandits demanded for N500 million for the release of the students, Gumi said, “That is nonsense! Nonsense! It is just nonsense!”

More facts emerged at the weekend on how a former senior staff of the college managed to escape from the bandits. It was learnt that the bandits first raided the residence of the staff, where he was kidnapped along with one of his wives and five children. According to findings, the staff had his cloth tied to one of the kidnapped students, when they were being taken into the bush. The bandits were in front and back of the procession, but at a stage the student removed his shirt and took to his heels, giving the staff an opportunity to also escape.

But why the bandits did not shoot the staff and the student has remained a mystery, even though his wife and five children were among the 42 taken hostage by the bandits.
Receiving some state legislators, who paid him a solidarity visit on Saturday, Bello said the kidnapped students and others had not been released but he was confident “they will be released very soon”.

Speaker of the House of Assembly, Alhaji Abdullahi Wuse, led the lawmakers, who said they had joined their faiths with those of other citizens of the state to pray for the safe release of all in captives. Wuse said the Assembly would soon amend the anti-banditry and kidnapping law to include informants, saying the bandits and their informants would face the same punishment. He also asked that traditional rulers should take record of people settling in their domains and make such information available to the government

The speaker said, “We are deeply touched, we are deeply worried about the security situation in the state, especially, the abduction of students of the Government Science College, Kagara, and those on board of the NSTA. You need to reinforce your meetings with traditional rulers, because there is influx of strange people into our communities
“We must also go spiritual this time around and engage both religions to help pray against the current insecurity in the state. It is time to seek God’s intervention.”

Meanwhile, in a video, which has gone virile in the state, a leader of the bandits, Gado Gide, said they had accepted reconciliation but asked if it was for only Niger State or the whole country. He also said they had accepted to attend peace meetings on the release of their victims because one of their own, a Fulani man, had assured them that a top cleric was coming to dialogue with them.

In the five minutes, 40 seconds video recorded in Hausa, Gide asked those that came for the negotiation to tell the government to stop aerial bombardment of their people, which had led to many deaths, adding that the government should fulfil all parts of their agreement.

“We don’t want a situation where we will regret attending the meeting and reaching agreement with the people,” Gide said.
In another development, three people were yesterday killed following attacks by bandits on communities in Kajuru Local Government Area of Kaduna State. The bandits were allegedly aided by some youths in the communities. But one of the persons suspected to have collaborated with the bandits was reportedly lynched to death by a mob.
Commissioner for Internal Security and Home Affairs, Samuel Aruwan, who confirmed the development in a statement on Saturday, said the police were investigating the possible collusion of some youths with bandits in the communities.