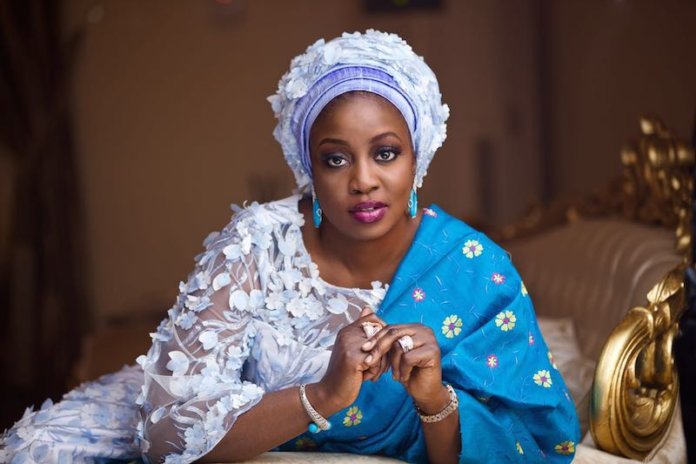 In other words, the mightiest man alive is Mallam Aminu Waziri Tambuwal, the executive Governor of Sokoto. He alone can resolve the queries being raised as to the wife who sits as the official First Lady of Sokoto State.

Tambuwal is the proud husband of both Hajiya Mariya and Hajiya Maryam Mairo. However, the choice of making the two women occupy the office of the First Lady might not augur well for him.

Ordinarily, First Lady’s position goes to the first wife (the adjectives are similar after all). But nothing is ordinary about such coincidences. Tambuwal loves both wives as equally as possible. Even though there is no official word on the issue, things appear to be going smoothly for now.

Hajiya Mariya came first, sometime in 1995, reportedly from the renowned Sanyinna Royal family of Sokoto. She met Aminu as — she remembers him— “a gentle young law graduate from the neighbouring town of Tambuwal.” She liked him, married him, bore him four children, and accompanied him throughout, from his earliest political advances.

Maryam Mairo came 21 years later, a lovely woman of 36 years: as educated as can be and familiar with the inner workings of power and position, having accomplished much in telecommunications, oil and gas, IT, and energy sectors.
Between the two, who is the First Lady of Sokoto, and who is the Second?

In response to the queries on this note, mischievous bloggers have combined both wives’ names, identifying the First Lady of Sokoto as Hajiya Mariya Aminu Waziri Tambuwal. A conservative and pacifist solution, but inherently impractical.
Ultimately, the only real authority on the matter is the mightiest man himself, Governor Aminu Waziri Tambuwal. And he is yet to clarify this issue.