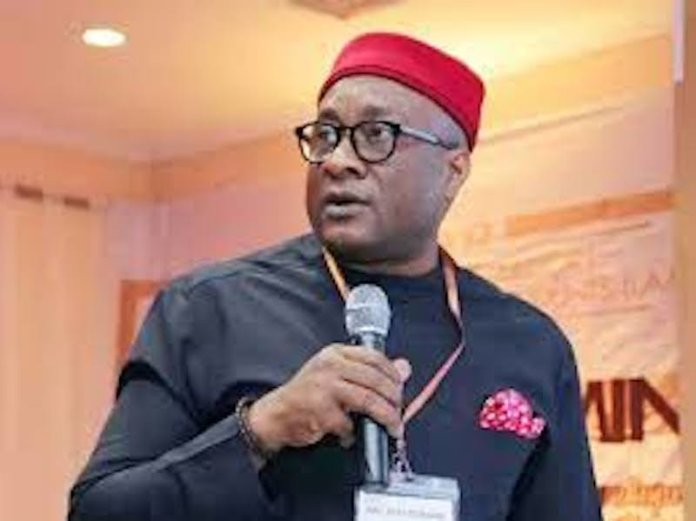 Air Peace boss, Allen Ifechukwu Onyema, a lawyer, has also made a name for himself as an entrepreneur.
At a time when most of his mates did not know how to navigate the labyrinthine ways to reach their goals in life, Onyema had already planned his future in his head.

In the beginning, many ignorant of his ambition condemned him with their actions and inaction. But he was unperturbed because he had a clear vision of what he wanted to do in life.

With great zest and determination, he reached for the moon, knowing that if his grasp missed its cusp, his hands might land on the stars. And his hands did land on the stars.
Today, Onyema has shot himself beyond this country’s shores as one of the crème of Nigeria’s league of extraordinary entrepreneurs.

His success, despite all odds, is attributable to his unbinding belief that hard work pays. Indeed, his seeming fairy tale may not come as a surprise to those close to him because he has over the years shown evidence of a man who is well versed in the art of making money. Like a true cognoscente, he knows when to throw the dice and even reinvent in an unstable business environment.

Ask the average Nigerian businessman to share his or her experience in 2020. He or she will likely inundate you with some bitter-sweet tales considering the inclement business climate under which many entrepreneurs around the world operated in 2020, owing largely to the outbreak of COVID-19.

Despite this bitter experience forced on many due to the pandemic, 2020 ended on a happy note for Onyema.
While others in the airline sector were gnashing their teeth, he reportedly recorded high turnover and spread his coast.
The airline that started a few years ago with domestic operations is now expanding its operations to international flights to Cape Town, Johannesburg in South Africa, and Dubai in UAE, covering more international cities before the end of the year.

No one else could have achieved this but the shrewd businessman who knows the industry like the back of his hands.
Unarguably, his success story is a lesson to many, especially youngsters whom he has mentored and those he is still mentoring.