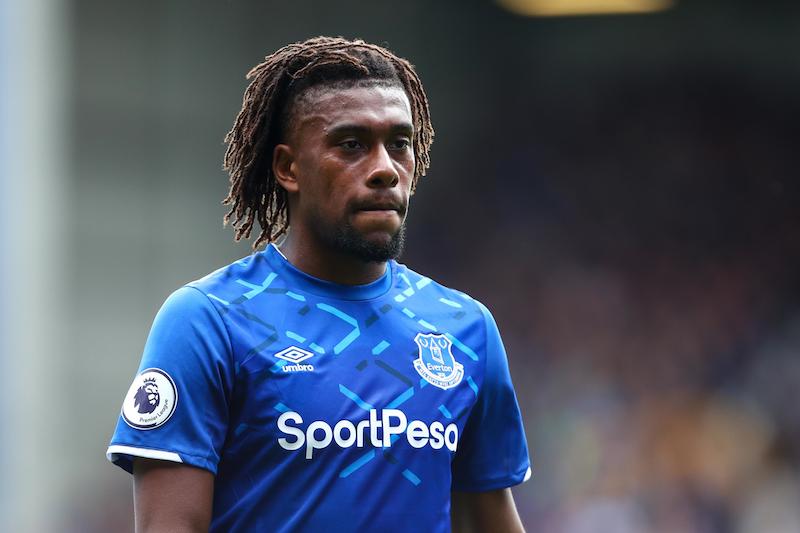 As part of regulations to contain the spread of coronavirus in England, fans have been restricted from entering football stadiums since last year, with a few exceptions, and the Nigeria star disclosed how the Merseyside rivalry is anticipated in the city of Liverpool, in that context.

Iwobi said the atmosphere at Anfield is similar to having fans present and it can help Carlo Ancelotti’s side, who are looking to end their three-game winless run in the Premier League.

Iwobi told BBC Sport Africa: “With the way Anfield is set up, it is almost like the fans are on the pitch so it may be a little bit of advantage for us but like I said, it is the Merseyside derby and both teams are going to be up for the game.
“I have not been able to go into town because of the coronavirus but I have seen red and blue cars I know what is what. Like when I go towards the stadium for games, I see red flags on houses, cars.”

Earlier this campaign, Iwobi was drafted to the right-back position due to an injury crisis at Carlo Ancelotti’s team.
Iwobi has revealed that he learnt how to play in multiple positions during his time with Arsenal, where he spent 15 years before switching to Everton in the summer of 2019.

The Nigeria international has shown his versatility under Ancelotti, impressing in a left and right and left wing-back roles and is comfortable playing as an attacking midfielder, support striker and winger on both flanks.
Iwobi is five games away from reaching a milestone of 150 appearances in the English Premier League ahead of Everton’s derby clash against Liverpool at Anfield today.

“Growing up in the Arsenal system, I played numerous positions. So for me to play right wing-back, I wasn’t really lost as people would’ve thought I would be,” Iwobi said to BBC Sports.
“It wasn’t really difficult for me to adjust. With the manager Carlo Ancelotti, I’ve improved a bit more with my final third, end product.

“If I do beat a man, then I’m able to create a chance for my team-mates. That’s what he wants me to do a bit more.” In his eight previous appearances against Liverpool, Iwobi has provided four assists but is yet to taste victory with four draws and four losses.

In his eight previous appearances against Liverpool, Iwobi has provided four assists but is yet to taste victory with four draws and four losses.
Iwobi has featured in 20 Premier League matches this term and he has two assists and a goal for the Toffees, who sit seventh on the league table.