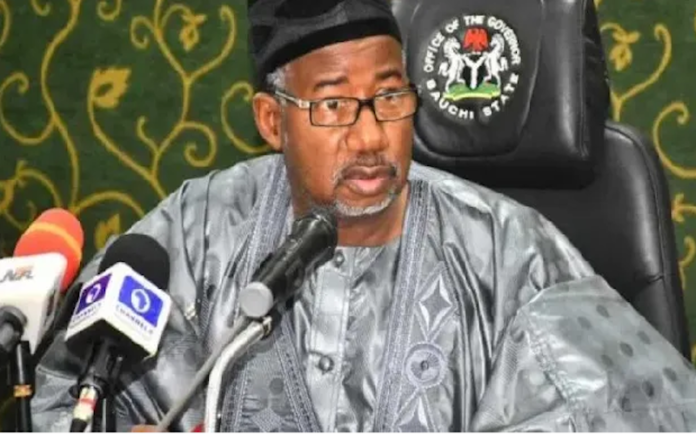 Bauchi State Governor, Bala Mohammed, yesterday said citizens do not need the permission of his Ondo State counterpart, Rotimi Akeredolu, to live in the forests in the South-west state.

The Bauchi governor, who spoke on a television programme, was apparently referring to herdsmen accused of sundry crimes such as kidnappings, killings, rape, amongst others, by Akeredolu, and ordered to vacate the state’s forest reserves

The Bauchi governor added that Nigerians do not need the consent of any governor to reside anywhere in the country.
Akeredolu’s quit notice generated outrage with the Presidency and some governors, including Mohammed, saying the governor lacked the right to issue a vacation notice to herders in the state.

Yesterday, Governor Mohammed said: “Land is in the hands of the state and federal governments in trust, but Nigerians don’t need the permission of governors or the federal government to settle anywhere. You don’t need the permission of the governor of Bauchi or the governor of Ondo to be in the forests of Ondo if you choose to live in the forests, because under Section 41 of the constitution, you are free to settle anywhere.”
The Ondo State governor had also criticized Mohammed for saying herders have the right to bear AK-47 rifle for self-protection.

But the Bauchi State governor said: “When we mention AK-47, it is a figure of speech; the issue is protection, self-help. You must protect yourself. It is a figure of speech to show you the despondence, the desperation and frustration, and the agony that this particular person is exposed to by his own people, by his own tribe, and by other tribes who have all seen him as a criminal and therefore, he has the inalienable right to protect himself.

“The Fulani man is so exposed, dehumanised and demonised. He is being seen as a bandit and so anywhere he goes, his commonwealth which I call his cows are being taken and rustled and sometimes they are fined beyond your imagination and then he has no option than to protect himself.

“It may not be an illegal carriage, it may be legal. He may also register and carry it to protect himself. They have no option but to protect themselves. The issue is self-protection. There must be some sort of approval. What I am saying is not to legalise the carriage of AK-47. I must be understood.

“Nigerians must stop profiling Fulani herdsmen as criminals because of the nature of their job. We also have so many vigilante groups in Nigeria, even at the different levels of government, sub-regional groups and sub-national.”

Tinubu: We Must Not Turn Security Challenges into Ethnic, Tribal, Religious Crisis

Former Lagos governor, Asiwaju Bola Tinubu, yesterday urged Nigerians not to turn the present security challenges across the country into ethnic, tribal or religious crisis.
He said anyone who had experienced ethnic confrontation or religious war before would not pray for one in Nigeria.
It was his initial comment on the spate of banditry, insurgency and other aspects of insecurity presently plaguing the country.

Asiwaju Tinubu spoke at the eight-day Fidau prayers for the late civilian governor of the state, Alhaji Lateef Kayode Jakande, held in the late statesman’s house in Ilupeju Lagos.

Speaking extempore at the event attended by, among others, Lagos State Governor Babajide Sanwo-olu, Governor Kayode Fayemi of Ekiti, former Zamfara State governor Sani Yerima and former Ogun State governor Segun Osoba, Tinubu said: “Nigeria is currently facing crises, crisis of insurgency, of banditry and all aspects of insecurity. But God Almighty who made this country one of the largest and most resourceful countries will guide and protect us.
“In memory of Baba Jakande, I appeal today to all of us not to turn whatever challenges we are facing right now to ethnic, tribal and religious crisis.

“Only God Almighty will judge our faith, only Him is perfect. We usually beseech Allah to direct us on the right path. However, it’s left for us, left for me, left for you, left for the Ulamas to do the right thing.
“The Ulamas, you are very critical in the present situation. In your prayers, commitments, Uthubas, etc, all your sermons must be geared towards peace, tolerance, stability and togetherness.
“If there is war in Nigeria, it will submerge the entire West Africa and there won’t be enough space to accommodate us as refugees. Those who have seen the effects of war, the consequences of tribal conflict, of religious conflict will never want it for Nigeria.

“We pray to God Almighty to direct our minds, guide our faith, put peace in our minds and bring peace unto this our land. May Almighty Allah bless all of us. Amin.”
Speaking on the late Pa Jakande, Tinubu said: “To our father, who has gone to answer the call of the Almighty, we pray that God will forgive all his sins and accept him into Aljanna Fridaus.

“This demise is not Pa Jakande’s loss, it’s our loss. We cannot be alive forever. There is always a day we would depart and render accounts of our deeds to Allah. Today is the 8th day and we are all assembled to pray for Alhaji Lateef Jakande.

“I’m a lucky one; this is the house where I began my political journey in life. Baba Jakande said go on, contest for Senate, we need many like you in politics. The rest is history.

“To our junior brothers and sisters, may God bless you and set you on the right path to success. Jakande has many children, not just you alone. We are many. We truly are his children.

“Today, he is no more, but he is still living, and will live till eternity. Today, we pray for Lagos State, for Nigeria that God gives us more leaders that are prudent and very honest like him. Leaders who will give priority to the future; who will look at what would become of the future of our children.

“He converted three sets of school classes to one without leaving anyone behind. He created many hospitals. He is the most progressive individual that we ever had. He was a progressive to the core.
All of us in Lagos, we have been extremely lucky to draw from the fountain of his knowledge and wisdom.
“There is no way we can beat his record. He is already a martyr. To all of us, I will say, let our character, our vision drive our mission.”

A group of security outfits, operating under the umbrella of South-West Security Stakeholders, has advised Obas and traditional leaders of Yorubaland to call upon them whenever there was threat to the life of any Yorubaman.

Their leaders made the call to the Yoruba elders in a communiqué they issued at the end of a strategic meeting held in Lagos yesterday, stating that they “noted the exasperation inherent in the statement of Chief of Defence Staff of the nation calling on Nigerians to defend themselves. This is clearly an official endorsement of self-defence.”

The leaders said they reached this decision after a review of recent security concerns in the nation generally and Oodua land in particular, adding that they shared the concern of the people in general and of prominent Nigerians, especially about the security situation in the land.

According to them, “The meeting feared the situation if not addressed signals a grievous national crisis. The meeting, therefore, called on the government to quickly arrest the apparent descent into anarchy.”
Also present at the meeting were: a leader of Afenifere, Mr Yinka Odumakin, Gbonka Gboyega Adejumo, Bashorun Akin Osuntokun, Sola Lawal, and Chief Olumuyiwa Okunowo.

The communiqué stated: “The meeting re-emphasised the call for a return to pure federalism, which was the political arrangement endorsed by leaders of the nation at independence. This will allow various nations in the country to take proper control of their affairs including security.

“We align with the call of the governors of South-west that President Buhari should prove his innocence in the carnage being perpetrated by herders by not only unambiguously condemning the nefarious acts but also take clear steps to exterminate it.

“The meeting stressed the point that multinational states such as Nigeria must be built on respect for different human components making up the sovereign nation.”