Rotary Club  to Tackle Open Defecation in Lagos 38 mins ago 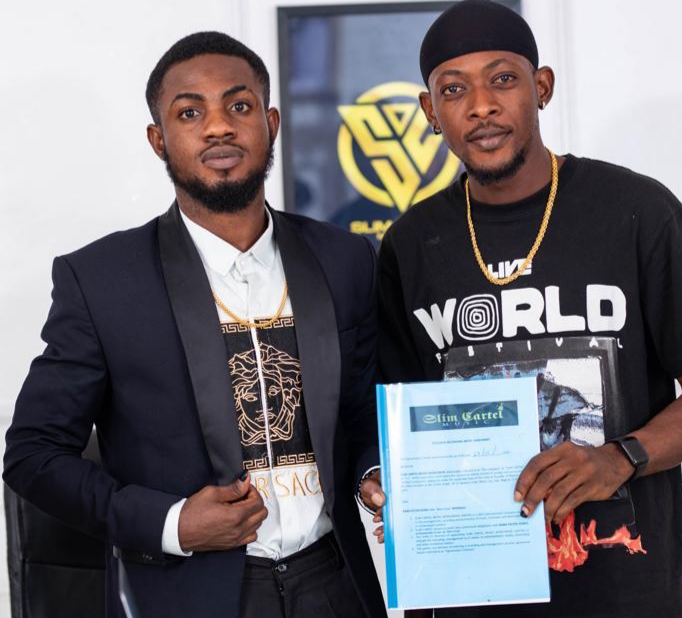 Disclosing this during a media briefing at their Headquarters in Lekki, Lagos; the Chief Executive Officer of Slim Cartel Music, Mr. Festus Agbongiarhuoyi, a Statistician based in the United Arab Emirate (UAE), revealed that the signed deal is expected to last for an initial term of three (3) years after which further negotiations can be made

Mr. Agbongiarhuoyi added that Nino Dray is versatile artiste full of promises and that the company is ready to support him to any length in his career. “After due assessment by our team of professional, we have come to a conclusion that Nino is a bankable artiste and in consideration with Nigeria being the biggest hub of entertainment in Africa, we are certain any amount spent on his career is a money well spent.” Agbongiarhuoyi noted.

In commemoration of the deal and in the spirit of ‘Love month’, Nino Dray has released a single featuring DMW star, Tobechukwu Okoh a.k.a Peruzzi, titled “Let Go” which is currently enjoy airplay across various radio and television channels across Africa as well as other streaming platforms.

Idoko Babangida Peter also known as Nino Dray is a graduate of Economics who hails from Benue state but was born in Adamawa in 1996. He fell in love with music having been a member of the choir at a very young age. While growing up, he spent most part of his holidays with Late Legendary Producer, OJB Jezreel where according to him he learnt the rudiments of music. His debut track was ‘Something’ where he featured rave of the moment Bella Shmurda.