Rotary Club  to Tackle Open Defecation in Lagos 19 mins ago 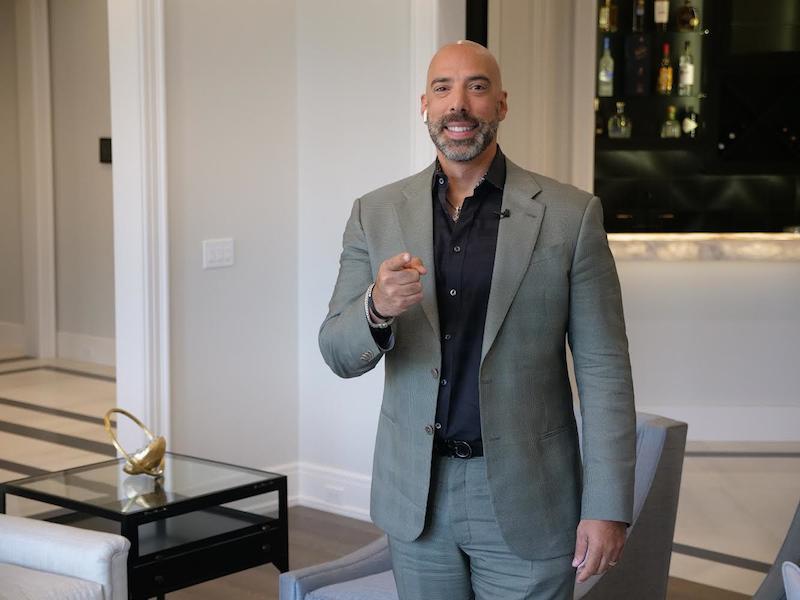 Mark Z’s life has been full of professional and personal changes that have now made him the successful CEO of one of the world’s highest producing real estate teams. As the CEO of Mark Z Real Estate Experts, Mark Z’s team has made over $1 billion in sales. Mark Z is also the founder of Z Capital: a real estate private equity office focused on real estate associated with wealth preservation and multi-generational wealth.

So, what got Mark started on this impressive entrepreneurial journey? Much of it began when he was at the young age of 9: Mark started selling candy to schoolmates and friends on the school bus. That said Mark has always been driven to get involved in industries where the sky’s the limit, industries where he’s able to build his dream instead of someone else’s. When he was young out of college, making money bartending and waiting tables, his aunt (another real estate professional) encouraged Mark to get his real estate license.

After starting by working real estate during the day and working the bar at night, it took only two years before Mark could begin devoting his full time to real estate. Ultimately, Mark’s desire to get involved in real estate was the ability to make his destiny in life, creating his dreams rather than someone else’s. He began by only selling one house at a time but was soon able to transform his talent into one of the highest producing real estate teams in the entire world.

Mark Z’s business and brand have since become a household name, selling over $1 billion worth of properties and being named one of Wall Street Journal’s Top Real Estate Teams. Not only has he developed the Mark Z Real Estate Experts and Z Capital brands, he’s also developed Mario Brothers Home Improvements. Overall, Mark owns over $30 million worth of multifamily properties spread throughout the country. So what’s the secret to all of Mark’s success?

Mark acknowledges that some of the largest problems entrepreneurs face when starting or developing their businesses are the psychological barriers they’ll need to overcome to achieve the goals they have set out for themselves. Mark states, “the biggest challenge in any business is the limiting belief you have on what you can do and how big you can build your business.”

He also acknowledges the importance of mindset when it comes to starting a business, stating that having an optimistic attitude is critical to finding a winning perspective and realizing long-term business success. On the other hand, Mark points out that fear also plays a large part in paralyzing individuals, taking away from the confidence and dedication it takes to make them truly successful.

He’s also a firm believer in the importance of business scaling and creating enough operational cash flow. “Most people think they have a business, but unless it can run without you it’s truly just a job.” That said, Mark advises that any business or team is only as good as the individuals who are running it, “Be slow to hire and quick to fire and always look to upgrade your staff, making room for talent.”

The professional journey that Mark has taken has had its fair share of roadblocks as well. A few years back, Mark had a brush with death while at a restaurant with colleagues, when he suddenly passed out on the floor. He would soon be diagnosed with Brugada Syndrome, a heart condition that results in irregular heartbeats that have the potential to cause sudden death. Unfortunately, Mark’s brother died of the same illness a few years back. To this day, Mark feels incredibly grateful to his family and friends for helping to save him, and this is a large part of his drive to enrich the communities that surround him continually.

Whether relating to his personal struggles or the struggles that he faced along his professional journey to the place of success he’s at now, Mark is well aware of the experience that made him who he is today. “I’m glad I failed when I did—much of my success happened because I was vulnerable enough to be okay with trying as many things as I could in the industry, knowing very well that it might not work out.”

Today, Mark is worth upwards of $30 million with multiple successful business ventures under his belt. Throughout his career, he has deduced that one of the most important lessons he’s learned is that real estate investment is not about how much money you make, but how much your money is able to make for you.