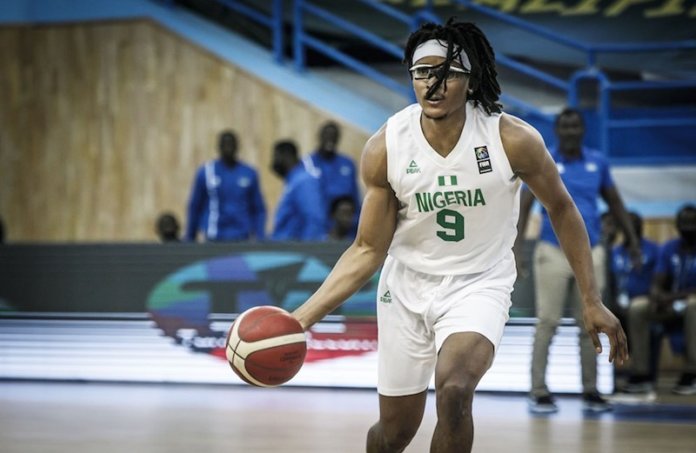 *To conclude the series against Mali Today

Nigeria’s D’Tigers continued their dominance of African basketball yesterday with another emphatic 64-51pts win over Rwanda at the ongoing 2021 FIBA Afrobasket qualifiers in Monastir, Tunisia.

The win which was hard fought came on the heel of a solid defensive display in the second half against a stubborn Rwandan team who led for the better part of the game.

It was all about Keith Omoerah who led the scorers chart clocking 13pts and 6 rebounds while debutant Abdul-Malik Abu came off the bench to contribute 9pts, 3 rebounds and 1 steal as D’Tigers reaffirmed their dominance on the continent.

Rwanda who will be hosting the next Afrobasket Championships came out smoking in the first half outscoring Nigeria 22-14, 9-16 to head into half time with a 31-30pts advantage.

D’Tigers turned up the heat and brought their experience to bare in the second half with some impressive defensive and offensive work to neutralize their opponent (14-10, 20-10) and close out the game.

In his post-match conference, stand-in Head Coach, Mfon Udofia, praised his team for their resilience.

He told journalists that the victory was a pointer to the overall quality of the team with the bench contributing a total of 3 points and 8 assists.

“It’s a tale of two halves. We came out after a slow start; we picked it up, settled down, got stops and got the win,” observed the Nigerian Coach.

One of the most experienced players in the team, Ben Uzoh said he never expected Rwanda to just roll over and give the team an easy passage.

“Every time we take to the court, especially here in Africa, everybody wants to give us their best shots. Hats off to the way Rwanda played in the first half, but hats off more for us for regrouping during the half time and coming out to really play Nigerian basketball. I am glad we came out victorious,” he concluded.

With the 2021 Afrobasket ticket already secured, Nigeria sits pretty atop Group B and will face Mali today with a win as top priority in D’Tigers quest to conclude the series unbeaten.