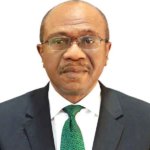 The Bauchi State Government has ordered for the immediate demolition of the building where about 204 rounds of live ammunition and other dangerous weapons were found in the Bauchi metropolis.

The ammunition was discovered in a four bedroom building located in Anguwan Mahaukata within Bauchi metropolis noted for its notoriety in harbouring dangerous boys popularly called ‘Sara-Suka’.

THISDAY checks revealed that the state government immediately ordered for the demolition of the building while the ammunition and other weapons discovered have been evacuated by security agencies that led the operation.

Meanwhile, the state Police Command has arrested four people in connection with the ammunition found in the building.

The suspects, including two house agents, according to the command Police Public Relations Officer (PPRO), Ahmed Mohammed Wakil, were arrested on February 14, 2021, at about 6p.m. at Kofar Dumi area of Bauchi State by a police patrol team.

The police spokesman stated that the four suspects arrested were Muhammed Sanusi, Abba Sa’idu, Yakubu Ahmed, and one Sa’idu, all residents of
Bauchi.

Wakil, a Superintendent of Police (SP), in a telephone interview, explained that the main suspect, who kept the ammunition in the four-bedroom building belonging to Hafsat Umaru Tela, was a 50-year-old man, one Adamu Suleiman.

He said Suleiman was a tenant in the building, adding that based on intelligence, police had kept a watch on the building before it was eventually raided and recovered the ammunition and other weapons.

The PPRO disclosed that two of the suspects arrested, Muhammed Sanusi and Abba Sa’idu, were the agents who brought the main suspect, Adamu Suleiman into the house.

He assured the state that the police are still investigating the issue with a view to getting to the root of the existence of the weapons and ammunition in the building, the owners and the purposes for which they were acquired.

He, therefore, called on other agents to always endeavour to investigate tenants they are renting apartments out to in order to avoid a recurrent of such ugly development.