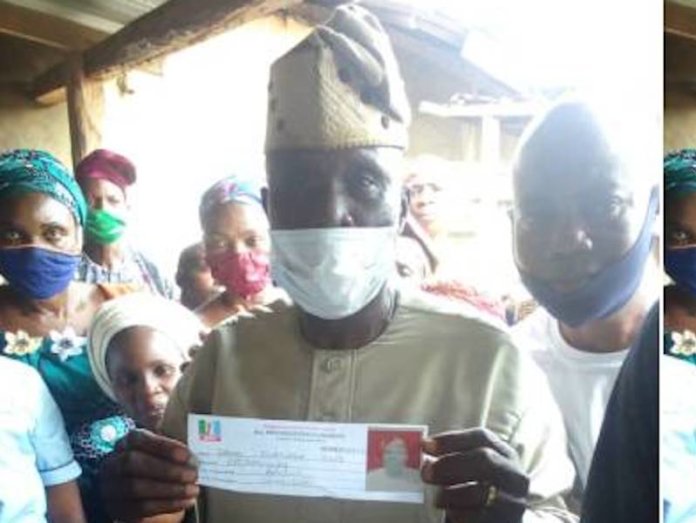 A former chieftain of the Social Democratic Party (SDP) in Ikire, Irewole Local Government Area of Osun State, Col. Olayiwola Falabi (rtd), has said the best thing that as ever happened to All Progressives Congress (APC) is the membership revalidation and registration exercise.

This is to give members of the party a sense of belonging, and to authenticate their membership status in the scheme of things.

Falabi stated this shortly after his APC membership registration at unit 3, ward 4, Oke-Ola, Ikire in Irewole Local Government Area of the state.

According to him, the membership registration exercise now authenticate further his membership of APC and those of his followers in Irewole Local Government Area of the state.

He said the ongoing membership registration exercise is more reasonable when people called it revalidation scheme of the APC.

Falabi maintained that with the present arrangements, APC and SDP alliance and coalition have again been concretised the more to enable the party attain greater heights in Nigeria.

Speaking in the same vain, the immediate past Chairman of Irewole Local Government, Prince Aderemi Abass who accompanied Col. Falabi to the ward 4, unit 3, Oke-Ola, Ikire, where the event took place, described the exercise as a right step in a right direction.

Abass said the APC membership registration exercise is not a wasteful venture as been agitated in some quarters, urged other members party that are yet to register to do so in their own interest and without further delay.

According to him, the federal or any state government not has funded the party membership registration exercise, but strictly party affairs.

Other party members of the APC that accompanied the retired army officer to do the most important thing to do as bonafide member of APC, showered encomiums on him for his giant strides in his home town Ikire and it’s environs.

The membership registration exercise was preceded with various political meetings in Ikire today, just to authenticate the leadership quality of Falabi.