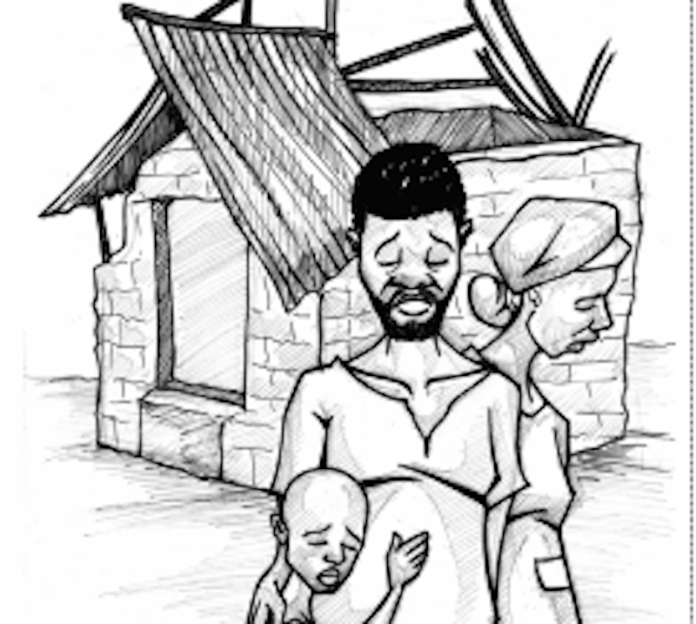 More Nigerians will be trapped in poverty because of increasing population

Nigeria’s uncontrolled population is becoming worrying as the prospects of poverty reduction in the near future is increasingly becoming a mirage. This was underscored last week at the virtual launch of the 2021 Macroeconomic Outlook of the Nigerian Economic Summit Group (NESG). The World Bank said at the forum that about 15 million to 20 million more Nigerians would be tipped into poverty by 2022. At present, about 100 million people, half the population of Africa’s biggest economy, are already living below the poverty line.

World Bank Senior Economist, Gloria Joseph-Raji, said that the impact of the COVID-19 pandemic on Nigerian economy was hard. Indeed, the country experienced its second and deepest recession in five years since the 1980s in 2020, evidently a fallout of the catastrophic drop in the prices of oil, the country’s main foreign exchange earner. “We consider Nigeria right now to be at a critical junction,” she said, “in the sense that the achievement of its development goal of lifting 100 million people out of poverty by 2030 was already challenging even before COVID-19 struck, and then COVID-19 has made this even more challenging and more urgent.”

Indeed, it is clear why the country is in dire poverty straits. The unemployment rate is uncomfortably high. According to the latest figure by the National Bureau of Statistics (NBS), more than 27 per cent of Nigerians are jobless. In spite of this, the population is constantly on the upward swing. The average family size in the country is 5.6 people, but larger in the north where polygamy is common. The population is growing at 3.2% a year, a figure that is higher than the development rate. Many homes can hardly provide a good meal for the family while many of the children are out of school. Besides, a large percentage of the urban population lives in slums. But there is even need to worry more: at the present rate of indiscriminate breeding, experts project that the population will balloon to about 402 million or even surpass it by 2050.

As things stand, more Nigerians will be trapped in poverty as the year wanes, in spite of all the noise being made by the government. According to the 2018 World Poverty Clock Report, 85 million people or 45% of Nigeria’s population are extremely poor, meaning that they live on less than $1.90 a day. In 2017 the number was 79 million (43% of population). In 2016, it was 73 million (40%). So what’s the way out? How can Nigerians escape from the cruel fate of poverty starring millions in the eyes?

Both the Chairman of the Presidential Economic Advisory Council, Doyin Salami and the World Bank agree that Nigeria needs to implement key reforms to get the economy out of the woods and achieve sustainable, inclusive growth. While admitting that the country had taken some bold decisions in a market-based mechanism for petroleum pricing and a more cost -effective electricity tariffs to free up fiscal resources, Joseph-Raji said more could be done to meet the country’s broad development goals. “There is a need for the government to prioritise certain key policy reforms if Nigeria must turn the corner and recover and rebuild resilient and inclusive growth,” she said. Salami canvassed the need for more investments in the country to achieve the desired growth, arguing that the country should be in a position where the economy “is growing at about six per cent, and to move in that direction requires significant investments.”

While we hope Salami is assisting government to achieve the lofty goals, it is also safe to say that government must look into issues that trigger population increase: early marriages, high birth rates and lack of family planning access.