Alaba Confirms Bayern Exit after 13 at the Bundesliga Club 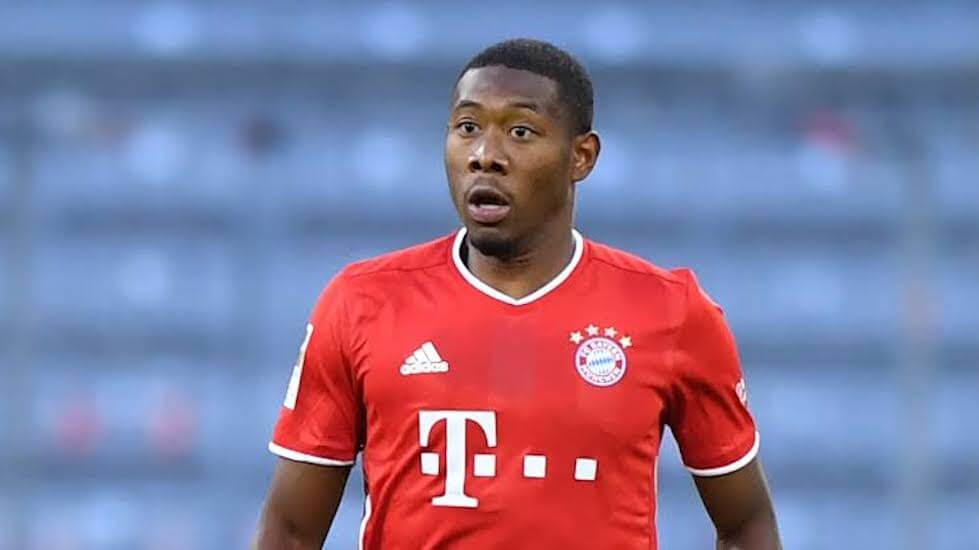 David Alaba has confirmed he will be leaving Bayern Munich at the end of the season after nearly 13 years at the club.

The 28-year-old will depart the Allianz Arena on a free transfer once his contract with the Bundesliga champions has expired in June.

Real Madrid, Chelsea, Liverpool and Manchester United have all been linked with signing the defender, but the Austria international remained silent on his next club.

Speaking at an unscheduled press conference, Alaba said: “I have personally made the decision to try something new after this season and to leave the club.

“It wasn’t an easy decision, I’ve been here for 13 years and the club is very important to me.

“I am looking for a new challenge. It wasn’t a financial decision. I still have six to seven years to play football and now I wanted to try something new.

“Of course I took my time, after 13 years it’s not an easy decision. I then decided for myself to try something new. I have not decided yet where I’m going.”

Alaba added that it was no ‘secret’ that his representatives are in contact with other clubs, but despite remaining coy on links to Barcelona, he added: “My Spanish is not good, but good enough for the pitch.”

Moreover, he stated that “a lot has happened since 2009′ – when he admitted his dream of playing in the Premier League – before adding: “Maybe I am now placing more value on other criteria.”

The Austrian has played in central defence in more recent times after stints at left-back and central midfield for Bayern Munich.

But he denied that he is seeking a move away because he has been forced into defence, adding: “It (moving to central defence) just happened because we have injuries in midfield.

“But I know that my position is in central defence and I’m trying to help the team there. The position has played no role in my decision.”

He also confirmed that ‘everyone’ at the club put in work to try to keep him but that he communicated his decision to the club’s hierarchy a few weeks ago.

Alaba has won no fewer than 24 trophies since becoming a Bayern first team-player in 2010 after a couple of years in the club’s academy.

To date, the defender has scored 33 goals in 415 appearances across all competitions for the current Bundesliga, Champions League and FIFA Club World Cup holders.

The Austrian however is now set to be replaced in the squad by Dayot Upamecano, after the club announced the France international’s £38million summer move to the Allianz Arena earlier this week.

Alaba’s next move however has yet to be decided but reports in Spain last week suggested Madrid have made him their No 1 summer target.

The Spanish champions look increasingly likely to lose captain Sergio Ramos on a free transfer in the summer, and view the Austrian as an ideal replacement.

Meanwhile, reports have suggested Chelsea’s success of signing Alaba hinges on their ability to persuade him to lower his £400,000-per-week wage demands.

The Telegraph claimed Thomas Tuchel would like to partner Thiago Silva with Alaba next season, but a move would require the 28-year-old to lower his eye-watering wage demands, which currently dwarf the wages of club’s highest earner, Ngolo Kante, by roughly £100,000-a-week.

Sportsmail also reported last month that Liverpool remain in the race for Alaba after the player’s father said that nothing ‘was fixed or signed’ with any club for next season.

Manchester United meanwhile were also reported to have made a formal enquiry for Alaba at the end of the last calendar year, and AS reported they were set to ‘bid the strongest’ for him.

United want to add to their defensive reinforcements with current pairing Harry Maguire and Victor Lindelof failing to regularly convince, and they have also been linked with Ibrahima Konate at RB Leipzig.