Like numberless people out there, I am worried. Sometimes, I am frightened by the frequency and fervency of news reports flooding from across Nigeria. One is acutely unaware how political operators and stakeholders sleep at night, go out on these harassed streets…and when they meet to chat, what informs their agenda…what inspires their arguments…in what state of mind do they exit those meetings?

While one is enamoured by the capacity of politicians to explain even the most thoughtless and irreversibly unbalanced policy, project or programme as God-sent gift for the benefit of the hapless populace, it is imperative that we, the troubled citizens, do not get tired of shouting from the rooftops, and on any platform of whatever stature, to the hearing and consideration of our political elite. We must not, for fear that we may be ignored or abused, surrender to the obvious escapism that attracts “disgruntled elements’, and the stain of unjustifiable mudslinging designed to muzzle dissent and so-called ‘enemies of progress’.
In case you have not noticed, this country is drifting perilously to the crevices of the classic failed state… the neighbouring route to anarchy and internecine warfare. The signs are clear and present, yet our politicians run after medical aid for ringworm and it’s skin rashes, completely ignoring the more deadly leprosy.

Some of our state governors hold banquets for bandits, flaunting the overarching security imperative of the devil you know is better than the angels you don’t know. Such is the hollowness of state craft that acting morose, remorseful and reformed has allegedly fetched many smart conductors of banditry huge bags of money, vehicles and other largesse. Only for the well decorated mud to hit the governors in their faces when these same largesse were found to have been used in more violent and sporadic attacks against the same poor citizens.

We cannot by our perfunctory swing of state-house cocktails and cuisines, change the meaning and intentions of banditry. Most dictionaries are fairly unanimous in their definitions of a bandit: “a robber or outlaw belonging to a gang and typically operating in an isolated or lawless area.” Invariably, with the manner, ease, regularity, viciousness and organisation the bandits operate in several states across the country, how else do we describe such states other than as ‘lawless’. Some of the states in the North (West, East and Central) are either on the brink of capitulating to relentless insurgency of Boko Haram, ISWAP, etc… despite the heroic efforts of the Nigerian military, though hampered by many dispiriting factors. Other states are virtually under the mercy of forest-based bandits swaggering brazenly across several local governments, reportedly unchecked and invincible.
Yet, the north of Nigeria is not the only restless topography kicked to and fro by remarkably weaponised and organised lawless elements.

In the south, across the three geopolitical zones, armed robbery has virtually been rubbished and surpassed by the sophistication and vileness of latter day kidnappers and other elements. They vanish into the inner recesses of eastern and western forests, reserved or free-for-all; and sporadically and violently waylay commuters on busy highways and desolate inter city routes – shooting indiscriminately, apparently in complete disregard of casualties or fatalities. They ‘arrest’ bus-load of Nigerians, occupants of targeted vehicles irrespective of age, gender, faith, tribe or disability. They have no interest in lives that cannot be swapped for ransom. They kill ‘unprofitable’ captives, rape wives in the morbid presence of their husbands; they rape and molest children in front of their helpless parents. They torment and torture their captives, and subject them to dehumanising and degrading indignities, depriving them of care, food or sanitary condition. Many who survive must have been scarred for a lifetime, making their living outside of captivity a harrowing daily hell and nightly horror.

Yet, in all these mayhem, to some of our governors and federal operatives it is the obsession with retrogressive paternalism that inspires their actions and anger. The classic idiomatic chase after superficial ringworm in apparent apathy towards the corrosive leprosy. The body language of the powers that be is that some lives matter than others. Though some will not stop reminding us that some of these nomadic usurpers are foreigners, on the.other hand, some entitled closet bigots who masquerade as ethnic champions rub it on the pain-filled faces of the majority that their kin were entitled to the fruits of the land, which by the way was not brought from heaven by anyone, and therefore their brothers and sisters, divinely designated by the tribal pedigree, should be accorded the same rights and privileges accruable to every Nigerian. Conveniently ignoring the fact of the criminality, atrocities and countless violent acts perpetuated by these same folks on innocent and weapon-less Nigerians.

The other day, a state governor in the south gave a seven-day ultimatum to criminal elements who had turned the reserved forests of the state into a forest of indescribable carnage…and the palace of power erupted in misguided celebration of paternalistic fervour, declaring the fundamental human rights of certain Nigerians who should not be forced out of the state! Hello… didn’t you get the memo? Two gaffes were evident in that drama: order was to get out of the reserved forests, not the state, unless you have a legal permit to be there; then stop the pervasive criminal activities in an area of Nigeria hundreds of kilometres from your gilt-edged desk in Abuja; and don’t deodorise mindless criminals as innocent settlers or traders. Remove the wool, and smell the coffee!

And then this: Today, we hope the two fronts of youthful expressions of rights to associate, congregate and verbalise complaints would not dissipate into another bloodshed, months after the actions and activities of 2020 in the same Lekki Toll Gate. We continue to plead that reason and genuine commitment to progressive nation building will influence both the #Endsars revivalists, and the Lagos protectionists, from adding more sauce to our floundering house of commotion bulging with constipated trouble makers, and their satanic promoters.

Obviously, we could have piloted this country better, more confidently, competently and proactively. Not just like a father preening over exuberant kids lured into dubious activities by neighbours who happen to be sworn enemies. This country needs a leader who can revive the spirit of oneness, of mutual trust and inclusiveness in widespread meaningful governance…not just by what he says and signs… But by his examples in the use of power, and the power and character of conduct and prompt interventions. We want a leader who will not be afraid of talking too much to his own people, who will not hide the nature and seriousness of his ill-health which may or may not impact his capacity to perform his sworn duties; and therefore frustrate the enveloping hawks and vultures around him from seizing aspect of his powers without his consent, in the illegitimate attempt at keeping the kingdom on a keel…while, in truth, they simply want to play God, and perpetuate their own agendas and some potentially perfidious policies.

Let us wake up from our slumber, and face the hash facts of our glaring failures; then sit across a table of keen minds and unsullied visions…to reverse the terrible consequences of our current disabilities. Don’t let us fool ourselves that all is well…that it’s just a matter of time…and all that cock-and-bull stories. We are in a bad place…not just in social insecurity and creeping food scarcity… the moment is ripe for the attainment of the good, if not properly handled. Otherwise, we may have to pray that we can live long enough to regret our actions or inaction. 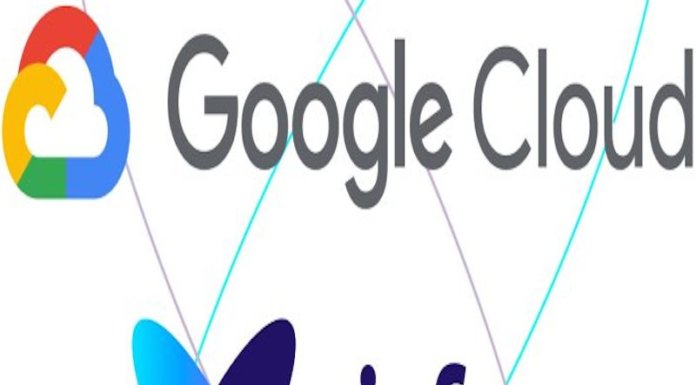