Sanwo-Olu: I’m Seeking Reelection on Success of My First Term 2 hours ago 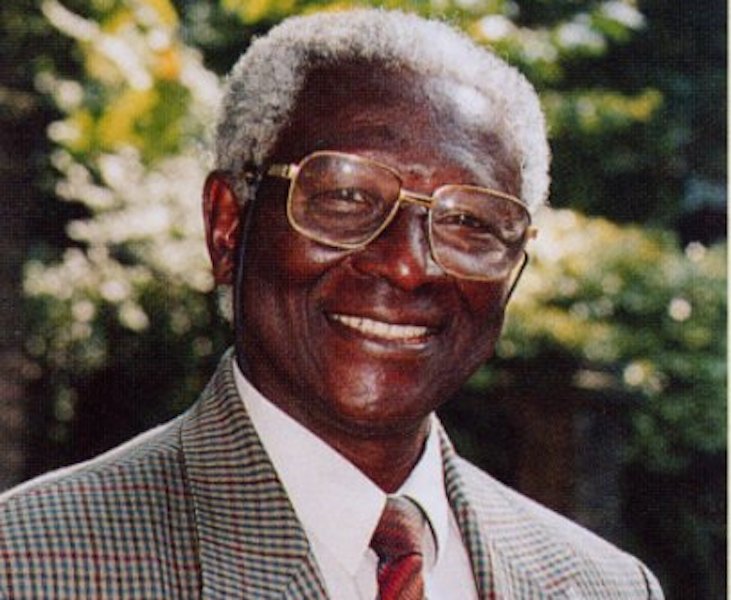 I write this article to bring into the attention of Nigerians, the demise of Professor Adetokunbo Olumide Oluwole Lucas, an unassuming Nigerian who brought glory to the country and the black race in the field of public health. Professor Lucas died on the Christmas Day of 2020.

The late Professor Adetokunbo Olumide Oluwole Lucas was born in Lagos on November 25, 1931 to the illustrious family of Venerable (Dr.) J. Olumide Lucas , the late Emeritus Archdeacon of Lagos Anglican Communion , and Mrs R. Ibironke Lucas, the daughter of Bishop Isaac Oluwole of Lagos. His father was the first African to get a Doctor of Divinity degree in Religion. The degree was awarded in 1942 by the University of Durham after submitting a thesis titled ‘The Religion of The Yorubas’.

The late Professor Lucas had his secondary school education at Kings College Lagos from 1943 to 1948, where he came out with Grade One in the Cambridge School Certificate Examinations. Between 1949 and 1960, the late Professor Lucas was in the United Kingdom for medical training which culminated in the acquisition of strings of quality medical degrees and many top level prizes.

The young Dr. Lucas then started his professional career at the University College Hospital in 1960 as a Senior Registrar in the Department of Medicine. He was later persuaded to make a major career change from clinical medicine to Public Health, a change which seemed risky at that time. This change fortunately propelled him to be a global icon in public health. After the change and necessary training at Harvard University in USA, he took over the Department of Preventive and Social Medicine of the University of Ibadan from 1962 to 1976. In this position as Head of Department, he built up the department from one staff department to a world renowned department with 19 accomplished staff in various disciplines such as epidemiology, statistics and environmental medicine. He co- authored with Professor Herbert Giles, the internationally acclaimed textbook, “Textbook of Preventive Medicine for the Tropics” in 1976. The fourth edition which came out in 2003 was titled “Textbook of Public Medicine for the Tropics” and it sold over 220,000 copies worldwide. The book over the years has become “the Bible” of Public Health among medical practitioners.

From his home base in Ibadan, the late Professor Lucas went to Geneva in Switzerland where in 1976, he became the pioneer Director of World Health Organization (WHO), Tropical Disease Research (TDR) programme.. He was in this post till 1986 and during his 10 year stint, he developed a model approach for global networking among scientists, research laboratories and pharmaceutical firms. The TDR network was highly successful in developing new drugs for Malaria, Leprosy, African sleeping sickness, Onchocerciasis and lymphatic filariasis.

Through the medical discipline of public health, the late Professor Lucas who was an Officer of Federal Republic (OFR) brought honour to Nigeria and black race all over the world. At home in Nigeria, he became the chairman of Nigerian Medical Research Council in 1973. Again in 1984, he served his country as the chairman of Nigeria National Health Policy. From 2002, the Federal Government of Nigeria appointed him as the country’s representative on the board of Global fund for AIDS, Tuberculosis, and Malaria.

For his global reach in medical training and policy formulation, the late Professor Lucas was widely recognized and honoured, and this was attested to by numerous medals, prizes, fellowships and honorary degrees bestowed on him. He had six honorary doctoral degrees from different universities in Nigeria and abroad, (two in Nigeria, two in USA, and two in UK). The late professor was a distinguished Fellow of Carter Centre in Atlanta Georgia in USA , where he participated in the various programmes which according to President Jimmy Carter helped in the eradication of diseases like smallpox, leprosy and guinea worm. In the Royal Kingdom of Thailand, he got the Knighthood of the most Admirable Order of Direkgunabhorn from the King of Thailand for his work on Public Health globally. He was the only African to have been so honoured up till now.

At home, he was a Fellow of Academy of Science (FAS) and he was the first Fellow of University of Ibadan (FUI). For his academic prowess rooms were named after Professor Adetokunbo Lucas in London School of Hygiene and Tropical Medicine in London, University of Lagos and College of Medicine, University of Ibadan. His influence in the medical profession really permeated most resoundingly in the ‘local and global medicine’. In the book “Disease Fighters since 1950, Professor Adetokunbo Lucas was highlighted as one of the 12 greatest fighters for worldwide health in our time.

In Professor Lucas’ autobiography, Jimmy Carter, the former President of USA has this to say in the foreword of the book about his global impact: ‘As a fellow of the Carter Center, he has participated in various programs including the Mectizan Donation Program and the International Task Force for Disease Eradication, as well as being well involved in some country programs.’ At his death, President Carter also eulogized him as follows: ‘Throughout his productive life, Dr. Lucas has been a blessing to countless people and we are proud to be among those whose lives have been personally touched by this remarkable man. Because of his efforts, he left this world a much better place than he found it.’

In the obituary in Lancet, the world leading medical journal, the late Professor Adetokunbo Lucas was described as ‘a towering figure in the field of global health’.

Despite his immense involvement in global medicine, with attendant tight travelling schedule all over the world, the late Professor Adetokunbo Lucas during his lifetime remained essentially a devoted family man, a quiet philanthropist who touched many lives and made many people to climb the ladder of life successfully. In fact, apart from his achievements in public health, his numerous help to others would be his lasting legacy. Like his late revered and equally cerebral father, the late professor was an accomplished pianist and musicologist. The late professor, apart from his chosen discipline of medicine, was also adept in Yoruba language especially in Yoruba proverbs. In his lifetime, his prized possessions for which he was well respected were the recorded tapes of events during the tempestuous stage in our national history in the sixties and seventies. He meticulously recorded radio broadcasts by political and military actors of those days. I wonder how many radio stations have such recordings in their archives.

He is survived by Mrs Stella Kofoworola Lucas, children and grandchildren.