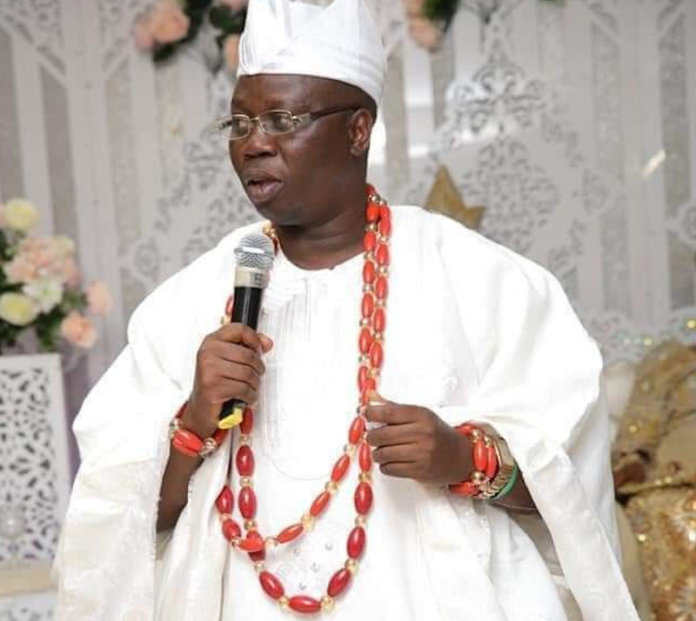 Chiamaka Ozulumba reports that the 2021 World Congress of the O’odua Progressive Union, a social and economic organisation, comprising prominent Yoruba indigenes in the Diaspora, was another opportunity for the union to promote cultural identity and unity

For the O’odua Progressive Union (OPU), a social and economic organisation, comprising prominent Yoruba indigenes in the Diaspora, its objective has always been to promote cultural identity and foster unity among the Yoruba race.

The self-dependent organisation was formed in 2011 and since then, it has been at the centre of projecting Yoruba cultural heritage and identity abroad and has over the years been able to cover 84 countries, assisting themselves and asserting their roles for national calling and development.

Recently, the union held its 2021 annual World Congress in Offa, Kwara State. The event tagged Offa 2021 was in fulfillment of the group’s tradition whereby members meet annually from all over the world to rejoice and deliberate on the way forward for the Yoruba race.

According to the organisers, the annual event was originally planned to be a week-long programme climaxing with various activities but unfortunately, the second wave of the prevailing COVID-19 pandemic prevented members of the group from participating in all the programmes.

Aareonakakanfo of Yorubaland and Global Convener of the group, Iba Gani Abiodun Ige Adams, who lauded the sagacity of OPU members, added that the group had demonstrated strong commitment and consistent efforts in ensuring that the annual fiesta was held.

The Yoruba generalissimo went down the memory lane, saying the Yoruba diaspora group will be 10 in November this year, maintaining also that members of the group have shown enough maturity and diligence in addressing issues.

“The reason for the annual world congress is to gather Nigerians of Yoruba origin from abroad to discuss pertinent issues relating to the progress and development of our race. This year congress is the 7th edition. It had been held in Ikeja, Lagos, Ife in Osun State, Oyo town, Oyo State, Abeokuta, in Ogun State, Akure, in Ondo, Ado- Ekiti,in Ekiti state and Offa in Kwara state respectively”.

The Offa congress, according to Iba Gani Adams was scheduled to be the best so far because of the series of programmes that were lined up for the annual fiesta.

Part of the programmes, he said was the royal visit to the palace of the Oloffa of Offa, His Royal Majesty,Oba Mufutau Muhammed Oloyede Okikiola Ajagungbade. Apart from the royal visit, there was also a lecture, a dinner party, and a special visit to the governor of Kwara State, Governor Abdul Rahman Abdul Rasaq.

Leading the train of members to Offa was the Chairman of the 2021 congress and African Union (AU) Coordinator, Chief Segun Ogunpitan, who

stated that this years congress was historic because it actually marked the beginning of great things, declaring that no fewer

than 500 members of the group were in attendance at the various events, with strict adherence to the COVID-19 regulations.

He said the group also embarked on humanitarian services, such as inauguration of borehole to Offa community and a special free medical facility, tagged:” Medical Mission”, where over 800 people benefitted from the facility.

“It was a successful congress and God really supported us from beginning to the end.We actually planned a week-long programme as usual, but we had to skip some of the programmes because of the prevailing health issues in the country. By and large, we are able to touch people’s life by offering free healthcare facilities and inaugurating the borehole to Offa community.With the two events, I think we are able to impact lives positively. And I am proud to be part of this success story”, he said.

While welcoming his guests to the palace, the Offa monarch, Oba Mufutau Okikiola, expressed delight that members of OPU had made significant impacts in the town, adding that the group would be remembered for providing basic facilities to the people of the town.

“It is not in all cases that you see a group from diaspora coming back home to facilitate an enduring legacy like this. Many of the people abroad hardly remember where they were coming from because they are in what I described as their comfort zones.

“They are exposed to global development around the world. But that is not the case with the OPU,it is amazing that the group could raise such money to provide for facilities that are purely in the interest of the community.”

“I am very optimistic that Iba Gani Abiodun Ige Adams, being the global convener of the group had succeeded in building a formidable platform that can change the narratives of our race in no distance time”.

The revered monarch prayed for all the members of the group, even as he wished them well in all their future endeavours, just as residents and beneficiaries of the project applauded the efforts of the OPU.

Expressing her appreciation to OPU, Alhaja Memunat Ajao, in her view, said the health care initiative came at the appropriate time. She added that the community will always remember the group for taking care of residents.

“I want to appreciate all members of the OPU for donating the borehole and for this health care services. It is a special privilege,and I am happy that we can now have clean and potable water within our reach”.

General Secretary of the 2021 congress, Comrade Larry Aderoju, said he was impressed with the turn out of people during the medical mission. He expressed concern that the recent health care initiative has shown that there are vacuums in the health sector.

Aderoju, however, promised that the group will continue to offer free health services to host community in future congresses.

“Many of our members that participated in the health care programme are care-givers”. They contributed immensely in ensuring that the services were rendered to those that needed them most. We attended to both the young and the old. Aged mothers and fathers were not left out even as many of the residents confessed that the medical mission had really helped them”, he said

The OPU 2021 congress scribe also urged the Kwara state government to embark on grassroots free health programme, stressing that people at the grassroots need to be taken care of with comprehensive health schemes.

“As a group, there are plans to sustain the legacy we have in Offa. I hope those that benefitted from this project should see it as their project, so that they can be able to maintain and sustain this legacy.”

The Congress came to climax with a bash organised at the Omole Phase 2 residence of the Aare Onakakanfo. The gathering also offered the opportunity for all the members of the group to discuss the activities for the next congress,

which, according to them, will hold next year in Kabba, Kogi state.

The party became lively with presentations of Pillar Awards to countries and individuals. The awards, according to them, were presented to appreciate those that had supported the 2021 edition of the OPU World Congress. Some of the members that supported the played key roles during the congress include the Welfare Chairperson Chief Funmi Olumade,Chief Rapheal Ajibare and Chief MsModupeolaAkewusola, who is Secretary finance committee.

All the 34-member of the Offa 2021 OPU World congress, planning committee were happy as they all gave their reports about the congress. The report was later ratified by the highest decision making organ of the group.