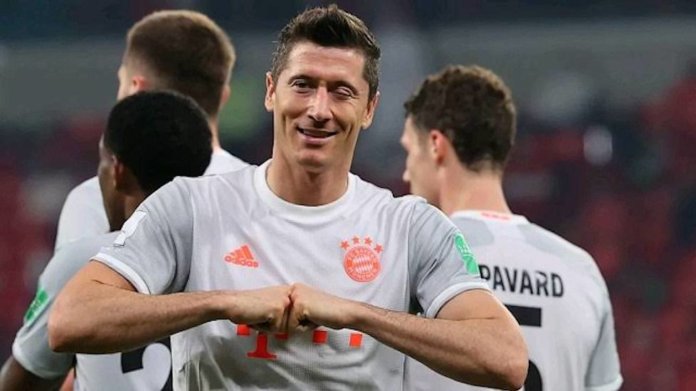 Bayern will meet Mexican side Tigres in the final of the competition tomorrow after Egyptians Al Ahly, the African Champions League winners, take on Palmeiras of Brazil in the third-place playoff.

Lewandowski scored both goals in their 2-0 over Al Ahly on Monday, while having netted 24 times in the Bundesliga this season. Tigres stunned Palmeiras 1-0 to book their spot in the final.

“The title at the Club World Cup would be the cherry on top,” The Poland striker told a virtual news conference. “We can write history but it is also a big challenge. When you are that close to a title then you want to win it.”

Bayern have won the domestic double as well as the Champions League in 2020 along with the German and European Super Cup crowns.

They are also currently top of the Bundesliga, seven points ahead of second-placed RB Leipzig.

Spanish club Barcelona won six titles in 2009 after scooping up all domestic, European and international titles they competed in, including the Club World Cup.

“The next final for us means that we can win the sixth title. That means a lot for football history,” Lewandowski said.

“We can play better than we did in the semi-final,” the forward said. “The important part is now and we want to win every game and win this title as well.”