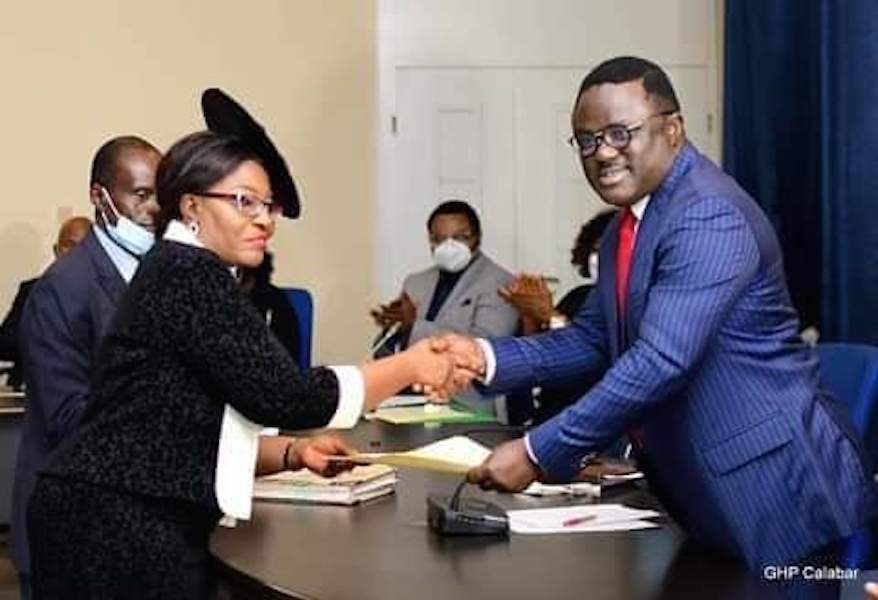 After nine months of delay, Justice Akon Ikpeme was on Monday sworn in as the substantive Chief Judge (CJ) of Cross River State by Governor Ben Ayade.

The governor said the state was faced with a lot of challenges that would require a rancour-free judiciary to work in league with the executive.

Ayade said that from every indication, Justice Ikpeme has emerged the substantive CJ at the right time, more so, being the rightful person to assume the position.

He told the new CJ to ensure that justice is dispensed without fear or favour, but with the fear of God who has won the battle for her.

“As God touched my heart over your matter, so has He touched the heart of every other person on your behalf. You must put behind you any ordeal you passed through in the course of your emergence.

“As a child of God, I expect you to dispense justice fairly, knowing that it was God who fought your battles. We need no distraction again in our judiciary,” Ayade said.

In her remarks, Justice Ikpeme praised the governor and the lawmakers in the state, saying they made her swearing-in possible.

She promised that under her tenure as CJ, the judiciary will work closely with the executive and the legislature to ensure things move smoothly, saying the state has to move forward.

“We have put the past behind us. It would be foolhardy to dwell there. Every member of the Cross River State Judiciary shall be carried along and we shall ensure justice and fairness to all,” the new CJ said.

Justice Ikpeme’s nomination was confirmed by the state House of Assembly on January 28, 2021 after a third request made by Ayade for the confirmation of her nomination as substantive CJ.

On two previous occasions — March 2, 2020 and June 2, 2020 — the lawmakers turned down the governor’s request based on the controversial notion that she would be a “security threat” to Cross River State, having been born originally from an area now in Akwa Ibom State.