The Unsettling Dust over Cryptocurrency Transactions 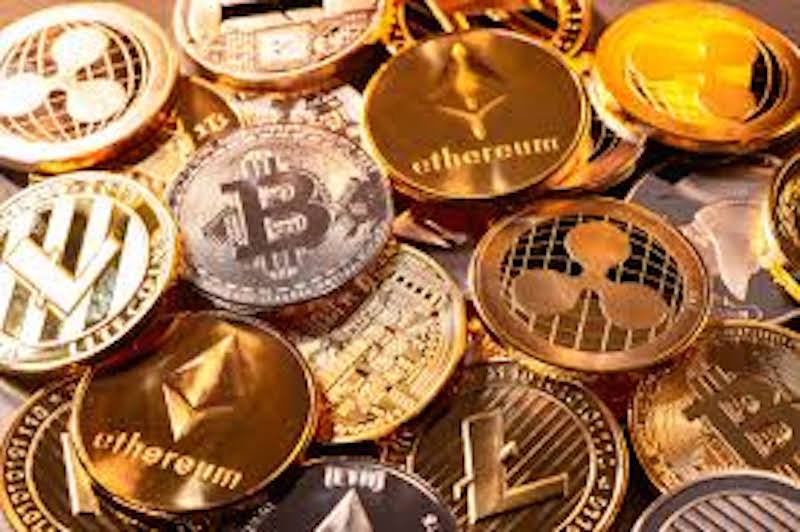 Against the backdrop of increasing appetite for digital assets, particularly cryptocurrency, and its economic potentials as well as drawbacks, the financial regulatory bodies must brace up the challenge and work together to evolve a formidable framework to manage players in the segment, writes James Emejo

The CBN apparently stirred the hornet’s nest when it directed banks and other financial institutions last Friday to immediately close any accounts used to transact in cryptocurrency or facilitate payment for crypto currency exchange.

The pushback, which trailed the directive from stakeholders and members of the public had been swift and also understandably so.

After waiting for several years for a clear regulatory path for the operation of digital currencies in the country – and following the momentum which cryptocurrency had so far gathered – the latest announcement by the apex bank was least expected by digital assets enthusiasts.

The circular, addressed to banks and signed by the CBN Director, Banking Supervision, Mr. Bello Hassan and Director, Payments System Management Department, Mr. Musa Jimoh, further mandated the financial institutions to expose any individual and entity operating such accounts, warning that failure to adhere to the directives would attract strict sanctions.

The CBN further drew attention of the public to the risks associated with transactions in cryptocurrency.

However, analysts have blamed the regulators including the CBN, Securities and Exchange Commission (SEC), and the Nigeria Deposit Insurance Corporation (NDIC) for their failure to deliberate and forge a framework for the operation of digital currency, which is estimated at over $500 billion in market size.

Essentially, cryptocurrency (or crypto) is a digital unregulated currency that can be used to buy goods and services, but uses an online ledger with strong cryptography to secure online transactions.

Much of the interest in the currency, not backed by any government, is to trade for profit, with speculators at times driving prices skyward.

While some stakeholders have attribute the seeming lack of traction in cryptocurrency adoption in the country on absence of foresight, both the CBN and NDIC have continued to raise grave concerns over the patronage of digital currency, at least for the time being.

Both had insisted that at their present state and form, crypto currencies in particular and emerging disruptive technologies as well as others forms of digital financial assets, despite seeming benefits, have the potential to distort economic and monetary stability as well as broaden concerns over money laundering and other corruption related activities.

However, in what could assuage and well as put stakeholders at crossroads about the direction of regulatory authorities towards cryptocurrency adoption, the CBN Governor, Mr. Godwin Emefiele, at a seminar with the theme, “Understanding the Interface Between Cryptocurrency and Money Laundering in Abuja, in 2018, had indicated that cryptocurrency, though currently unregulated in the country, is neither permitted nor prohibited.

He said: “In spite of the above developments and the global push for regulation, the cryptocurrency market in Nigeria is currently unregulated and relevant stakeholder- agencies are currently under-studying the phenomenon.

According to him, the global use of cryptocurrency with the associated inherent risks continue to gather momentum, the need for legislative frameworks to address the challenges became imperative.

Emefiele therefore tasked financial institutions to prepare and protect themselves against both direct and indirect vulnerabilities, pointing out that there is need to understand the money laundering/terrorist financing risks as well as the inherent risks associated with virtual currency and attack vectors.

He said: “It is evident that criminals have already adapted their attacks to include vulnerable platforms wherever and when the opportunity manifests itself. Risks associated with the use of virtual currency and exchange would need to be nipped in the bud, if the safety and soundness of the financial system are to be sustained.”

Lending his voice to the warning against the adoption of cryptocurrency, Chairman, Presidential Committee Against Corruption, Prof. Itse Sagay, who was also at the seminar, however, pointed out that cryptocurrency yields benefits to those providing the service or trading with it.

He said: “It was like a ‘stateless phenomenon’ that poses challenges. There is a dark side, which includes the use of cryptocurrency for criminal activities.”

Furthermore, in October 2019, the CBN governor, at a national seminar on banking and allied matters for judges themed: “Destructive Technologies in Nigerian Financial System: The Legal Considerations”, warned that the failure to effectively address cyber risks could be destabilising as it could result into system wide crisis.

Also, the President, Chartered Institute of Bankers of Nigeria (CIBN), Mr. Uche Olowu, said the global emergence of technology and digital driven initiatives including cryptocurrency, artificial intelligence, block-chain and open banking, which are all aimed at customer incentivisation and efficiency have enlarged the scope of rendering financial services beyond the traditional model as well as creating opportunities for non- bank organisations to offer financial services with less or no regulations.

But he pointed out that the development required more “robust, well prepared, futuristic, competent, efficient legal and regulatory environment to withstand the possible challenges without necessary stifling of creativity and innovation.”

Also, in July 2019, the NDIC reiterated its warning to Nigerians to exercise maximum caution in the adoption of cryptocurrencies as their preferred mode of financial transactions.

It pointed out that while various forms of digital currencies currently in operation have their positive and negative attributes, those who patronise them risk losing their savings because the medium is largely unregulated and without the backing or support from the traditional central banks in almost all financial jurisdictions.

Speaking to THISDAY in a recent interview, the erstwhile Managing Director, NDIC, Alhaji Umaru Ibrahim, maintained that regulatory authorities are still building capacity to contain the challenges that may arise from the operation of cryptocurrency through appropriate regulation.

“We don’t smell it and we don’t touch it. But my son and daughter believe so much in it and they transact – and in some parts of the world, you can pay for all your services in cryptocurrency and there are some universities where you can pay your fees on cryptocurrency.”

Ibrahim said: “But we are not there yet. But all the CBN and NDIC are saying is that look, you are on your own – nobody is saying it is illegal or illegitimate- do whatever you like but it is not recognised by the CBN, and it is not a legal tender and it is not insured by us.

“So if you like, gamble, we will not stop you. That’s our understanding in the system so that when the chips are down obviously it has to be regulated.”

However, in a development which suggests a seeming lack of coherence in the proposed regulation of crypto currency, as the NDIC and CBN are still lost on how to approach regulation, SEC, which described crypto asset as “digital representation of value that can be digitally traded and functions as (1) a medium of exchange; and/or (2) a unit of account; and/or (3) a store of value, but does not have legal tender status in any jurisdiction”- has already commenced steps towards categorisation and recognition of digital assets.

Interestingly, the CBN directives on cryptocurrency to banks came amidst reports in January 2020 that the Bank of England had resolved to assess how Britain could adopt a Bitcoin-style digital currency as part of a global group of central banks that have joined together to examine the possible pitfalls of relying on electronic money.

Analysts believed the CBN position was in contradiction of SEC’s position on cryptocurrencies and other digital assets, and smacks of harmony in arriving at a framework for regulation.

Experts said the CBN directive could cause cryptocurrency traders to lose billions of naira and provide an opportunity for the Bitcoin merchants to run away with people’s money.

Already, SEC has said it would study the latest policy directive by the apex bank carefully.

Analysts, who spoke to THISDAY in separate interviews on the development however, recognised the primary mandate of the CBN and other financial regulatory bodies to safeguard the financial system.

But, they also emphasised the dangers of suppressing cryptocurrency operations in the country, but urged the apex bank to speed up efforts to regulate the segment.

The Managing Director/Chief Executive, Credent Investment Managers Limited, Mr. Ibrahim Shelleng, said Nigeria had become the largest cryptocurrency market in Africa adding that the momentum built up had been as a result of several restrictive forex policies by the CBN.

According to him, people have used crypto as alternative forms of transferring and receiving funds from offshore. “This has also meant it was possibly being used for illicit purposes such as money laundering or terrorist financing.

“The reaction from CBN, however, comes across as rather oppressive in the midst of the existing dollarisation policy.”

Shelleng added: “The ban will not stop cryptocurrency trading as avenues for transaction still remain such as peer to peer (P2P).

“It was an ill-thought policy and it will not stop anything. CBN were better off trying to put some regulations around the crypto exchanges bank accounts than trying to ban it altogether.”

Also addressing the issue, an economist and Managing Director/Chief Executive, Dignity Finance and Investment Limited, Dr. Chijioke Ekechukwu, reiterated the need for cryptocurrency activities to be regulated in the country.

“I expected this kind of circular but I didn’t know when it would come. Now it is here.

“Although cryptocurrency market has gained momentum and traction, to the extent it is not regulated, to that extent the risk factors are huge. Though it will affect the flow of transactions in the country, but it needs to be regulated and monitored by CBN.”

On his part, President, Capital Market Academics of Nigeria, Prof. Uche Uwaleke, noted that the directive to close cryptocurrency bank accounts may have been necessitated by the non-readiness on the part of the CBN and the SEC with regulations guiding crypto asset trading platforms operations in Nigeria.

He, however, believed that directive by the CBN to banks should be seen in the light of the risk that unregulated cryptocurrency trading could pose to the financial system.

Uwaleke said: “Given the weighty nature of the directive, I want to believe that the CBN must have consulted relevant stakeholders including the Bankers Committee before taking the decision.

“I am inclined to believe that it was well thought through and not a unilateral decision.”

According to the former Imo State commissioner of finance, “The fact is that what the CBN could see in a squatting position, many cannot see standing.

“So, I think the directive should be seen in the light of this fact that the CBN may have information which may not be available to the public.

“In my view, the flaw in that circular is that it did not state the reason why the apex bank is taking that course of action. It should have done so especially if it has to do with fraudulent activities and threats to financial system stability.

“I recall that not too long ago at some point, China, widely seen as the home of cryptocurrencies, had to ban trading in Bitcoins.

“I believe this measure is only temporary. Given that cryptos have come to stay, the CBN and the SEC should come up with a regulatory framework for crypto asset trading in Nigeria.”