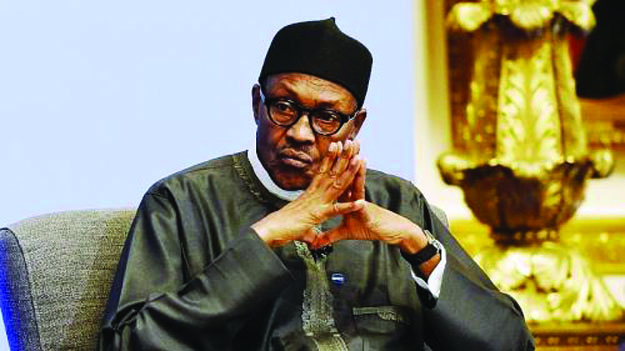 The social contract and its inherent political legitimacy are expressed in the foundational documents of most nations and international bodies.

Section 33 of the 1999 Constitution of Nigeria (as amended), Article 3 of the Universal Declaration on Human Rights, Article 4 of the African Charter on Human and Peoples’ Rights capture these non-negotiable foundational imperatives: the right to life, liberty and security.

Likewise, Section 14 (2b) of the extant Nigerian Constitution states that, the welfare and security of the citizens shall be the primary purpose of government.
But today, in Nigeria, a state of insecurity reigns. Massacres, wanton kidnaps, brazen banditry, population displacements, bloody Boko Haram insurgency, rogue herdsmen depredations, cult killings, communal clashes and more are almost daily fare.

It could be recalled that in 2015, according to an Aljazeera report, in Kalabalge Village, about 250 kilometers from Maiduguri, Borno State capital, one of the village chiefs Abdulwaheed, declared that they would begin to take matters into their own hands in form of self-defence, because the Nigerian security agencies were not doing enough to stem Boko Haram attacks in their community.

Significantly, in response to the surge in violence, the military also has encouraged the formation of the vigilante group in North Eastern part of the country in support of the peacekeeping operations and for the man-hunt of Boko Haram members in the region i.e. Civilian Joint Task Force (CJTF).
In effect, the military appreciated the use of self-help defence groups as an aid to military operations in the region.

Six years later from the Kalabalge Village scenario in Borno State, more self-help security structures beyond the comparatively more recognisable state and regional platforms appear to be the new normal.
The recent quit notice boldly served on the Fulani community in Igangan, Oyo State, by Sunday Igboho, clearly a non-state actor, signals the scope of the slide in the meaning of what modern statehood represents. Ordinarily, no private individual ought to wield such powers in a modern nation-state. But then, these are not ordinary times.

However, with the spiraling kidnap for money, wanton killings, rapes, population displacements, rogue herders’ depredation and worse – tokenistic to zero state response – with often credible allegations of complicity, something was bound to give as justice seemed very far.
When Igangan people cried out to Igboho, a “youth leader” for help, he responded quickly, led from the front and ordered the Fulani to quit.

Now, the long-suffering folks have more faith in Igboho than the dithering Nigerian state. Igboho’s mounting folk hero status is despite the fact that Amotekun – a quasi-regional Southwest security network has set sail.
In the Southeast, the Eastern Security Network (ESN), another touted regional platform conceived by Nnamdi Kanu, leader of the proscribed Indigenous Peoples of Biafra (IPOB) has entered the fray.

Although, the region’s governors quickly moved to counter it by setting up a more formal security platform, ESN’s creation also speaks to the imperative of providing human security where the state has apparently failed woefully.
Recently, the Oodua Peoples Congress (OPC) called on governors of the Southeast to support the Eastern Security Network (ESN) like their Southwest counterparts embraced the Operation Amotekun.

National Coordinator of OPC and the Aare Ona Kakanfo of Yoruba Land, Gani Adams, said the new security initiatives would help in stamping out criminality especially, the dangerous wave of armed herdsmen, banditry, kidnapping and other vices, threatening the regions.

In a related statement by the Publicity Secretary of OPC, Yinka Oguntimehin, OPC also endorsed Amotekun security initiative, holding that with the level of commitment exhibited so far in Oyo and Osun States, Amotekun would soon rid the region of bad elements, including killer herdsmen and kidnappers.

In other parts of the country, self-help groups ostensibly set up to address security gaps are sprouting like mushrooms. This, not helped by the fact that today, Nigeria is experiencing considerable socio-economic stress (a second recession and a second wave of COVID-19 are on), the scenarios not helped by new coronavirus variants entering the fray, the mounting debt trap, the new nationalism sweeping Europe and North America and global trade volatilities.

But taking in the big picture, if self-help groups on one hand and vigilantes on the other are going to continue in protecting their turfs from invaders with questionable agenda and counter-insurgency operations in a way that’s fruitful and sustainable, they clearly must operate within the law and established rules of engagements.

Their activities must be properly regulated and coordinated through legal and institutional procedures to prevent impunity, other excesses and worse – creeping ‘Somalisation.’
The government can institute policy and institutional mechanisms that absorbs the groups into decentralised community policing systems, existing paramilitary structures or institutionalise them into a national reserve force dedicated to emergency mobilisation.

In the absence or incapability of the state to ensure protection of its citizens, the foregoing measures would optimise the gains made and help manage abuses inherent in self-help groups and vigilante operations.