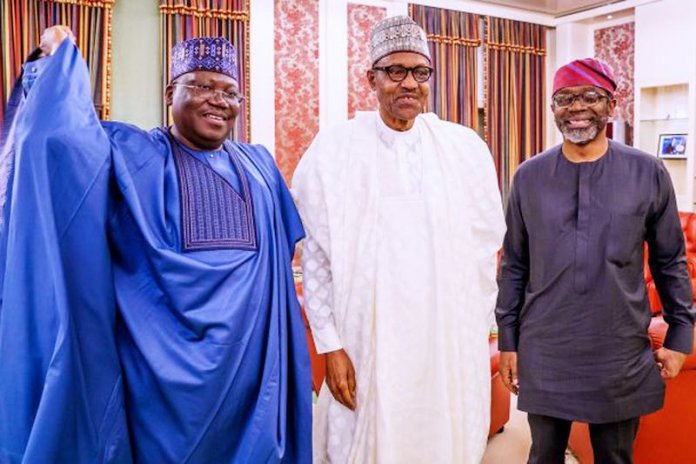 On Tuesday, the National Assembly will resume from its Christmas vacation to attend to pressing national issues, including the outstanding bills, writes Udora Orizu

The two chambers of the National Assembly, which have been on Christmas break since December 22 2020, will resume plenary on Tuesday, February 9 for the commencement of the 2021 legislative calendar.

The lawmakers, who were initially billed to resume plenary on Tuesday, January 26th postponed their resumption by two weeks to enable federal lawmakers belonging to the ruling All Progressive Congress (APC) participate in the revalidation of their membership of the party with effect from January 25, 2021.

The Scourge of Insecurity

Worsening insecurity in the country has been the crux of discussion on the floor of the Senate and the House, resulting in several security-related motions and bills being passed by the lawmakers.

As President Muhammadu Buhari finally heeded the parliament’s call to replace the Service Chiefs, the lawmakers, in kick-starting the 2021 legislative year, will pass security-related motions and Bills, which will help the new security chiefs to tackle insurgency, banditry and kidnapping that are still rampant in many parts of the country.

This year, the review of the 1999 constitution of the Federal Republic of Nigeria (as amended) will be a major focus of the Senate and the House of Representatives.

The Senate had last August called for memoranda from the general public for the review of the 1999 constitution. In a statement, the upper chamber called on “the general public, Executive and Judicial bodies, Civil Society Organizations, professional bodies and other interest groups to submit memoranda or proposals for further alteration(s) of the 1999 Constitution (as amended) towards promoting good governance and welfare of all persons in our country on the principles of freedom”.

The statement further clarified that the memoranda being expected should focus on any of the following 13 thematic areas: Gender equality for women and girls; Federal structure and power devolution; Local government and its autonomy; Public revenue, fiscal federation and revenue allocation; Nigerian Police and Nigerian security architecture as well as comprehensive judicial reforms.

Others are: Electoral reforms; Socio-economic and cultural rights as contained in Chapter 2 of the Constitution; Strengthening the Independence of oversight institutions and agencies created by the constitution or pursuant to an act of the National Assembly; Residency and indigene provisions; Immunity; National Assembly and state creation.

There are several important Bills pending before the National Assembly. But a few are very crucial and will require quick legislative intervention, which the Ninth leadership had promised. Some of these legislations have the tendency of propelling the country into greatness if passed and implemented.

Nigerians are expectant to know what next with the long awaited Petroleum Industry Bill (PIB), as it currently seems another PIB jinx is brewing. This followed altercation and discordant views between members of the National Assembly, oil producing communities, organised labour and various interests groups at the public hearings on the bill.

Both the Senate and House of Representatives had last month held public hearings on the proposed legislation during which host communities, organised labour and civil society organisations opposed some provisions in the legislation, which consequently led to a rejection of the Bill.

At the hearing in the House, members of the host communities engaged in a physical altercation. The fight broke out when the Host Communities of Nigeria Producing Oil and Gas (HOSTCOM) was called to the podium to make presentation by the Chairman of the Ad-hoc Committee on PIB, Hon. Mohammed Monguno, but there was disagreement among them leading to a fisticuffs until security operatives intervened. Lawmakers and other participants scampered to safety, and reconvened after the dust settled.

The Committee Chairman soon announced after they reconvened that the panel would visit various Communities in the coast region to properly engage them.

Also, the Senate President, Dr. Ahmad Lawan, while playing host to a delegation of Oil Producers Trade Section (OPTS) in his office after the public hearing, made case for the host communities, saying the welfare of the communities should be paramount in PIB provisions.

On his part, the House spokesman, Hon. Benjamin Kalu, in a statement issued the next day, while condemning the scuffle, which broke out between the host communities said, the House remained on track to pass the PIB by April 2021, mindful that the legislation would reinvigorate the petroleum industry and promote economic growth in the host communities and the nation at large.

Last year, the House as promised, reintroduced the Electoral Act Amendment Bill that President Muhammadu Buhari declined assent to during the Eighth Assembly.

In the Eighth Assembly, 12 Bills seeking to amend the provisions of the Electoral Act 2010 and the Electoral (amendment) Act 2015 sponsored by members were passed. The National Assembly passed the Electoral Act (amendment) Bill 2018 and forwarded same to the President for his assent pursuant to section 58 (4) of the 1999 Constitution amended, but the President declined assent due to some lacuna or drafting issues in some of the clauses of the Bill and advised that those observations be addressed.

At the plenary on November 24, 2020, the House passed for second reading, the Electoral Act Amendment Bill, 2020.

The Chairman, House Committee on Electoral Matters, and the Bill’s sponsor, Hon. Aisha Dukku stressed the need to reintroduce the Bill in order to ensure important amendments that would improve the country’s electoral process.

In the past year, Nigerians witnessed many security challenges – from Boko Haram insurgency, killings of unarmed citizens by trigger-happy security agents, to torture and senseless execution of innocent citizens by operatives of the now defunct Special Anti-Robbery Squad (SARS) unit of the Nigeria Police Force.

This gave rise to the #EndSARS protest, and consequently the birth of the Police Reform Bill, which seeks to reform the Nigeria Police Force and hold erring officials accountable for their actions. The legislation titled Police Service Commission Reform Bill was passed for second reading on December 15, 2020.

Speaker of the House of Representatives, Hon. Femi Gbajabiamila had at the unveiling of the Bill to the stakeholders last year, said Nigeria Police could not be effective, when the mechanisms for accountability and discipline are too weak to identify, remove and prosecute rogue officers.

He assured that the House would carry out a comprehensive reform of the Nigeria Police from recruitment to training and welfare of officers.

Ahead of 2023 general election, it seems the quest by Nigerians in Diaspora to take part in electoral process might become a reality as the House of Representatives, on December 16 2020, passed for second reading, a Bill seeking to alter the Constitution of the Federal Republic of Nigeria, to enable them participate in elections.

The legislation seeks to amend Section 77 Subsection (2) of the Principal Act and is being sponsored by the Chairperson, House Committee on Diaspora Affairs, Hon. Tolulope Akande-Sadipe, and 15 other lawmakers.

Before suspending plenary for two weeks, the House on March 24, as a result of the COVID-19 pandemic, gave speedy passage to the Emergency Economic Stimulus Bill.

The bill, which seeks to ease the burden of importation and financial burden, thereby fostering easier access and reduction in the price, as well as provide a new tax regime for corporate bodies, with rebates to encourage companies in the country to maintain their payroll status for the immediate term, was sponsored by Gbajabiamila. But nothing has since been heard of the Bill.

Also at the red chamber, legislators are mulling to pull Nigeria out of what it described as the miasma of budgetary impudence and public finance mismanagement through amendments to the Fiscal Responsibility Act 2007.

The proposed legislation, titled: ‘’A Bill for an Act to provide for prudent management of the Nation’s Resources, ensure long term Macro-Economic stability of the National Economy, secure greater accountability and transparency in Fiscal operations within the Medium Term Fiscal Policy Framework and the establishment of the Fiscal Responsibility Commission to ensure the promotion and enforcement of the Nation’s Economic objectives; and for related matters,’’ has been passed for second reading at the Senate.

It’s expected to be given priority once the lawmakers resume.

A THISDAY investigation had revealed that the federal government was working on a supplementary budget for the procurement of COVID-19 Vaccines that would be presented to the National Assembly soon.

The National Assembly is said to have set April deadline for the consideration and approval of the budget, when submitted by the executive.

Speaking to THISDAY last week, the Chairman of the Senate Committee on Primary Healthcare and Communicable Diseases, Senator Chukwuka Utazi, said the issue of the supplementary budget had become apparent since enough funds were not provided in the 2021 budget for the procurement of COVID-19 vaccines.

Utazi said he was hopeful that before Easter, the Bill would be in the National Assembly for legislative processes and passage into law.

Furthermore, Nigerians are still waiting to know the outcome of several probes embarked upon last year by some committees of the House. Particularly, the Chinese loan probe and probe of alleged financial malfeasance by the former Interim Management Committee (IMC) of the Niger Delta Development Commission (NDDC), which generated so many controversies.
Attachments area