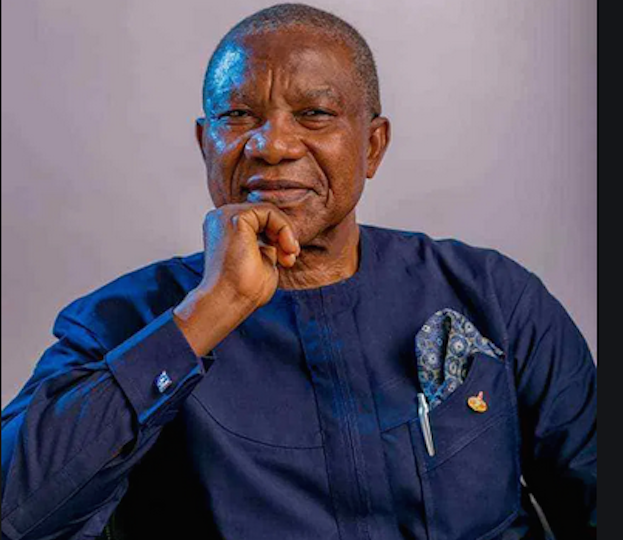 Mazi Sam Ohuabunwa, a former Chairman, Nigeria Economic Summit Group (NESG), is a pharmacist, author, entrepreneur and corporate guru all rolled into one.
But that may not be all about the 70-year-old former Chairman of Pfizer.
Recently, Ohuabunwa publicly showed all his other side, hitherto unreported when he declared that he is also a politician.

The renowned columnist and president of the Pharmaceutical Society of Nigeria has expressed his interest in the country’s number one job.
Last week, the author of ‘Wired to Lead,’ in a statement, disclosed that his decision to run for president was borne out of the desire to pull the country from the precipice.

He said, “My dear Fathers, Brothers, Sisters, and Friends, kindly permit me to use this medium to formally inform you that I have, by the leading of our God, decided to offer myself to contest for the office of the President of Nigeria at the next election. “I do so cognisant of the enormous work and sacrifice it will entail.

“But I am persuaded that our nation cannot be allowed to continue to drift, becoming the poverty capital of the world, a killing field where life has become short and brutish. We can no longer continue to watch as we continue to decline in global economic competitiveness and in most human development indices. We can no longer see our youths remain unemployed and many being forced into crimes and immoral living.”

He also cited alleged discriminations against some sections of the country, especially the South-East, in the allocation of positions and resources, a development he roundly condemned.
Ohuabunwa also reiterated his oft-repeated stance for true federalism, even as he stated that the country requires a new crop of political leadership to create a new Nigeria.

“The federating units in our federation have been emasculated as we run an inverted Federation, where the centre is donating powers to the States/Regions, instead of the reverse. Over 70 per cent of our national revenue is now spent on recurrent expenditure with peanuts for real development. No real development can happen in Nigeria until we set the States/Regions free to truly compete, as was the case in the First Republic. Many states are not independent; many are controlled by Abuja.

“Therefore, we are fully persuaded and convinced that a new crop of political leadership, with competence, character and courage must emerge to lead Nigeria out of economic doldrums and social disequilibrium. We need to create a new Nigeria that will be a First World country and which will work for all Nigerians driving away poverty, corruption, injustice and insecurity.”

He further stated that he had, over the years, put in his best in trying to effect a positive change in the country, noting that the fact that these seemed not to achieve the aims had inspired his decision to contest.