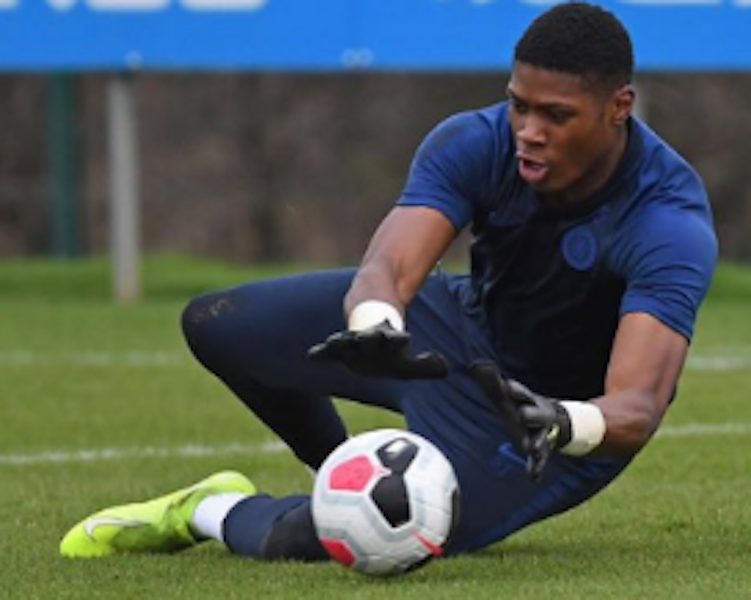 Leicester City have submitted their updated squad list for the remainder of the 2020-2021 season to the English Premier League following the conclusion of the winter transfer market.

The official website of the Premier League has confirmed that former Chelsea goalkeeper Kelechi Chibueze has been added to Leicester City’s roster.

Chibueze put pen to paper on his first professional contract with Leicester City after impressing his teammates and coaching staff alike while on trial with the King Power Stadium outfit.

The Foxes monitored his situation for more than a year before signing him to a deal.

The 17-year-old glovesman was on the books of Chelsea for a decade before his departure in October 2020, despite signing a scholarship deal with the Blues just before the start of this season.

Chibueze has been registered as an U21 player in Leicester City’s Premier League squad as he was born after January 1, 1999.

He was in goal for Leicester City against West Brom in the U18 Premier League last November and his second squad involvement for the age group was against Norwich City last weekend but was a non-playing substitute.

Kelechi Iheanacho is listed as a homegrown player in the Leicester squad, Wilfred Ndidi was also registered along with U21 players Daniel Obi and Chituru Odunze.